The One Life – One Flag Installation honors U.S. veterans who have lost their battle with post-traumatic stress disorder. 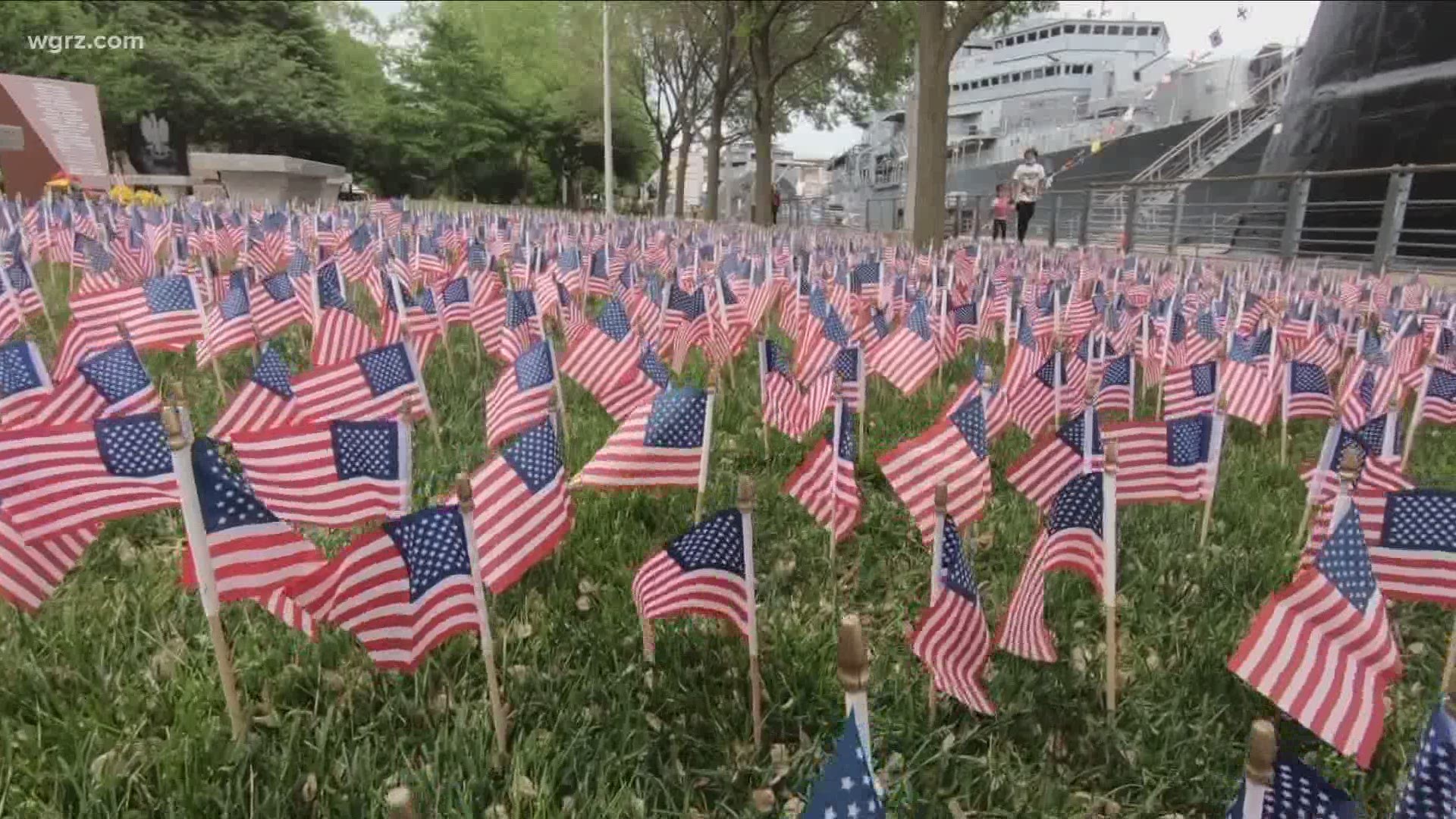 BUFFALO, N.Y. — 7,300: that's the number of flags now blanketing the grounds of the Buffalo and Erie County Naval & Military Park.

"There's about 7,300 veterans that commit suicide every year, and these flags represent their lives," said Shane Stephenson, the director of museum collections at the Buffalo and Erie County Naval & Military Park.

The display is called the "One Life -- One Flag Installation," a visual representation to raise awareness of the devastation linked to post-traumatic stress disorder.

"Memorial Day Weekend especially is a time when we recognize all of the veterans who have lost their lives, and a lot of times it's in combat, in a war, or in conflict while they're serving. But there are so many issues that veterans still face when they come home," said Courtney Speckmann, the director of education at the Buffalo and Erie County Naval & Military Park.

"So this is really raising awareness for the number of veterans who suffer from PTSD in so many different forms."

The display, which will remain through Monday, was done in partnership for the second year in a row with The Battle Within Foundation.

However, this isn't the only way the organizations have worked together to bring attention to the issue.

Speckmann explained, "Not only do we have a monument dedicated to The Battle Within Foundation, they helped us construct the monument to raise awareness to this issue all the time. There's also a bench in front of the monument that has the words, 'Let's Talk,' and the number for the mental health crisis line with additional information for anyone who is struggling."

Stephenson added, "A lot of times with veterans just inherent in their personality is the belief that they can go alone and do it alone and, 'This is my job and this is my duty,' but a lot of people can't. With 22 veterans committing suicide a day here in America, the need is great to extend the help where we can."

For a $22 donation, you can purchase one of the flags from the display after Memorial Day, with a portion of the proceeds benefiting The Battle Within Foundation.