Too quick to catch? This 14-year-old, 85-pound African spurred tortoise escaped from its owner's backyard Thursday but was safely returned by a neighbor. 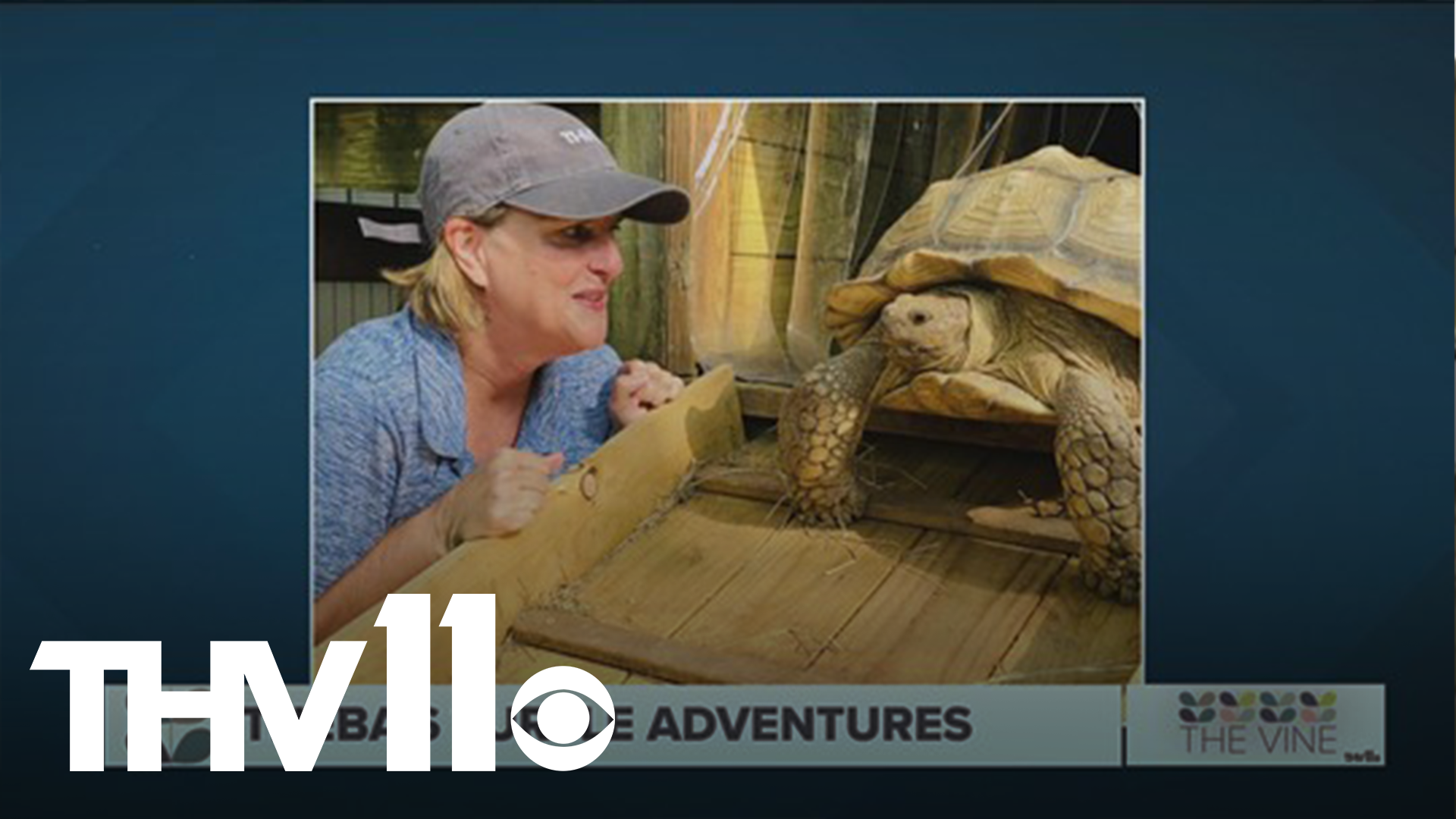 ARKANSAS, USA — UPDATE: Potato has been located safely after a neighbor found her and returned her to her owner.

You may remember Potato, she was recently featured here at THV11 on The Vine.

Chelsea Hattaway of North Little Rock is the owner of Potato. She said that the tortoise pushed a loosely latched lock open and made her own out of the backyard.

According to reports, Potato is still at large, though there have been several sightings.

This isn't the first time that Potato has escaped. Hattaway said that roughly a month ago, she escaped from her parents' Little Rock home.

"She had only gone three doors down. We found her the next morning sitting in a driveway," she said.

Hattaway's home on the other hand, is surrounded by woods which could make locating Potato difficult.

Arkansas Game and Fish Commission and animal control were alerted of Potato's disappearance.

"Being an African Desert Tortoise, the heat of an Arkansas August isn't really a problem for Potato," Hattaway said.

Potato, who weighed 25 pounds at the time, was adopted by Hattaway nine years ago from a turtle and tortoise rescue in California after her daughter spent time studying tortoises.