"We have a lot of people assuming these are pit bulls, they are not,” said Hill. They are mixed breed dogs. One is black, another is white with dark brown spots. 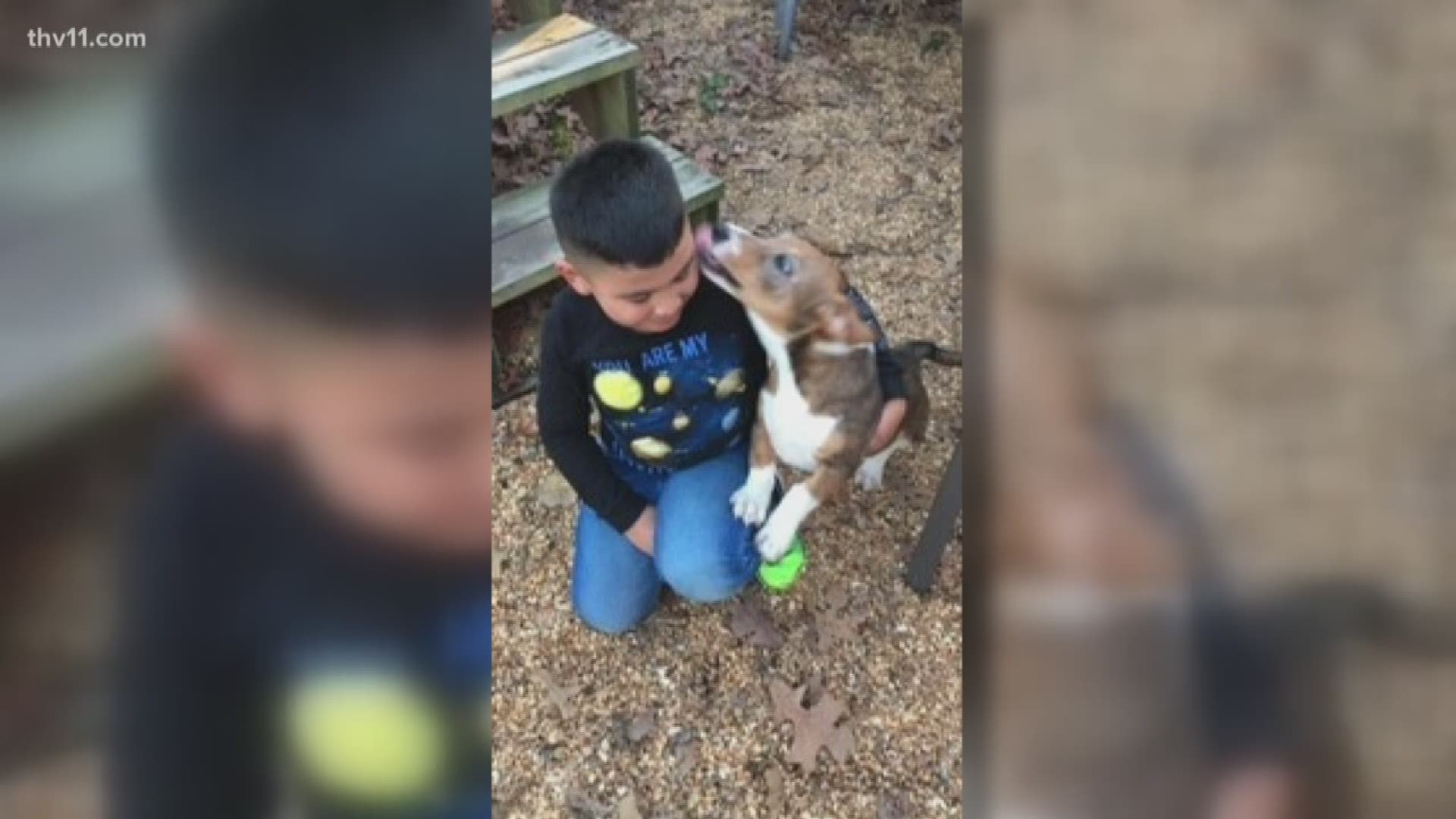 SALINE COUNTY, Ark. — A pack of vicious dogs are roaming parts of Saline County, pinning down and killing one woman's pet.

“We’ve turned up nothing at this point,” Alexander police detective, Jessica Hill said. “These dogs are dangerous.”

Alexander police are warning people near and around the area about the pack of five dogs that they say are pack hunting.

Detective Hill said the dogs are traveling together and appear to be on the hunt for small animals.

An Alexander woman caught the pack on home surveillance in the 14-hundred block of South Alexander Road.

They ganged up on Dachshund, Ticko, and attacked and killed him.

Community members also responded to Alexander police on Facebook. One man claimed the same pack of dogs killed his cat.

"Because of how violent and rough these dogs were, we are concerned if they are willing to attack another dog there is concern about a small child that could be outside playing unattended,” said Hill.

Alexander police are doing 24/7 patrols, even using night vision scopes during their searches in the dark.

“The last sighting we had was in the Johnswood area off of south Shobe Road,” said Hill.

RELATED: Dogs bites off hand of Utah boy trying to play with animal

"We have a lot of people assuming these are pit bulls, they are not,” said Hill. They are mixed breed dogs. One is black, another is white with dark brown spots.

Two others have pointed ears and are tan in color, and another is considered older that's either black or brown.

If you see the pack of dogs, police urge you not to go near them. Instead, immediately call your local animal control, police, or sheriff's department.