Since June 1, the shelter's director says 85 animals have been taken to their forever home! 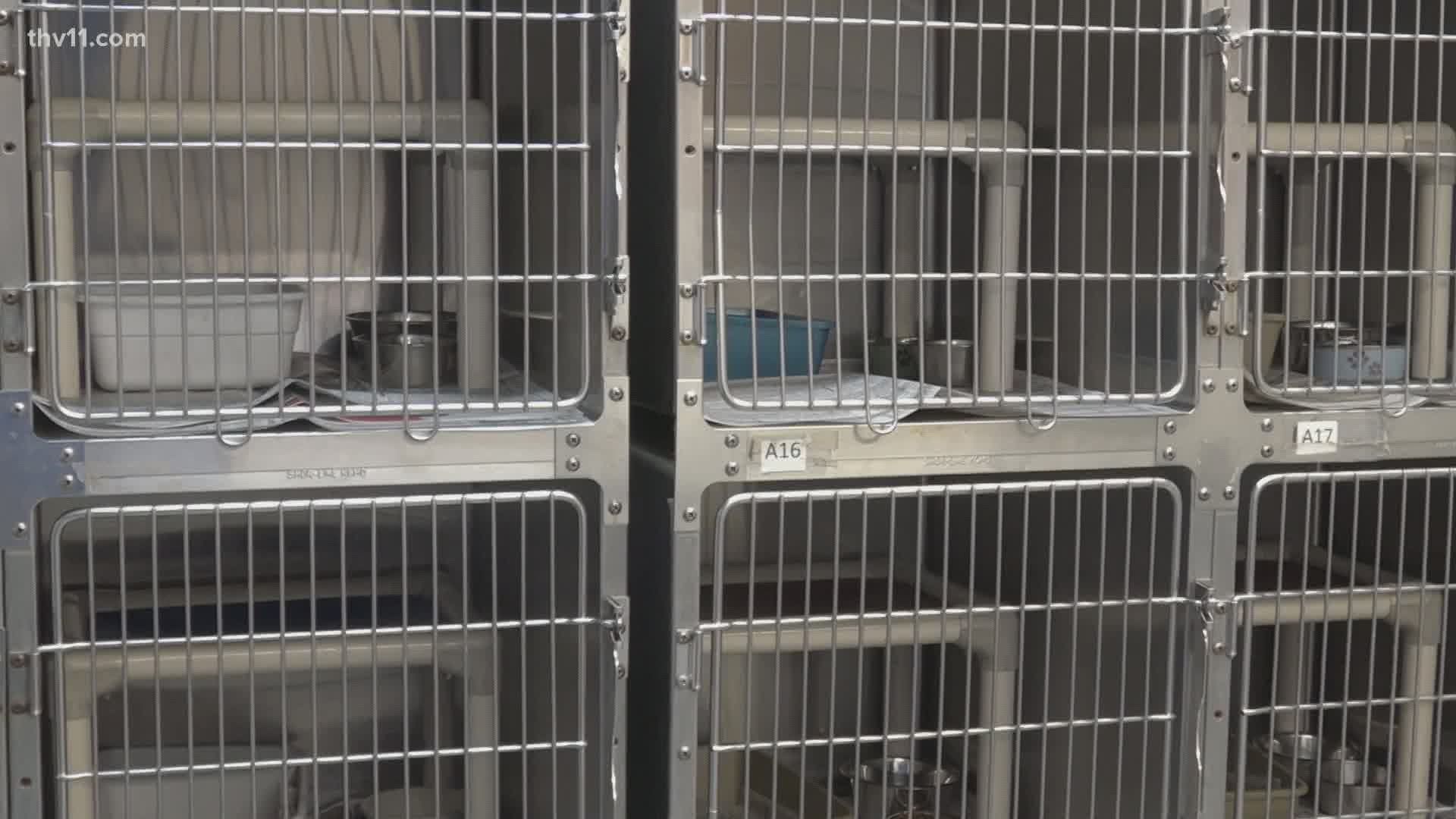 NORTH LITTLE ROCK, Ark. — Here’s some positive news for you – the North Little Rock Animal Shelter has adopted out every single animal as of June 20.

This comes after the shelter battled with overcrowding.

NLR Animal Shelter Director David Miles said the shelter opening up to the public on June 1 played a big role in all the animals being adopted.

“Our city leadership deciding to open up our city department played a huge role in that. If we’re not open to the public, we still have a lot of animals here up for adoption,” Miles said.

Miles said other shelters in central Arkansas are only offering online adoptions, which led to more people coming through their doors.

“We took a chance here and had everything pre-sterilized that way when we did open, these animals could immediately go into their new homes instead of having to sit in a cage for several days or a week waiting on a vet appointment,” Miles said.

Since June 1, the shelter has done 85 adoptions.

Staff have one thing to say to those that gave the animals forever homes.

“We can’t thank you enough. The animals cannot thank you enough. We are a high-intake animal shelter, we do not turn animals away from our jurisdiction. You know, it takes a village as people say and people really responded,” Miles said.

Miles said no one’s missed a day working hard for the animals since the shelter closed to the public back in March. They will continue to get animals off the street and find them homes.

If you still want to help, the Little Rock Animal Shelter said they are doing online adoptions and have a normal amount of animals for this time of year.

RELATED: Brodie is a handsome boy who is needing a family to play with

RELATED: Don't forget about the beautiful felines at the Little Rock Animal Village