According to one of his keepers, Bakari seemed like a stoic observer on exhibit, but he was actually quite a 'goofy guy.' 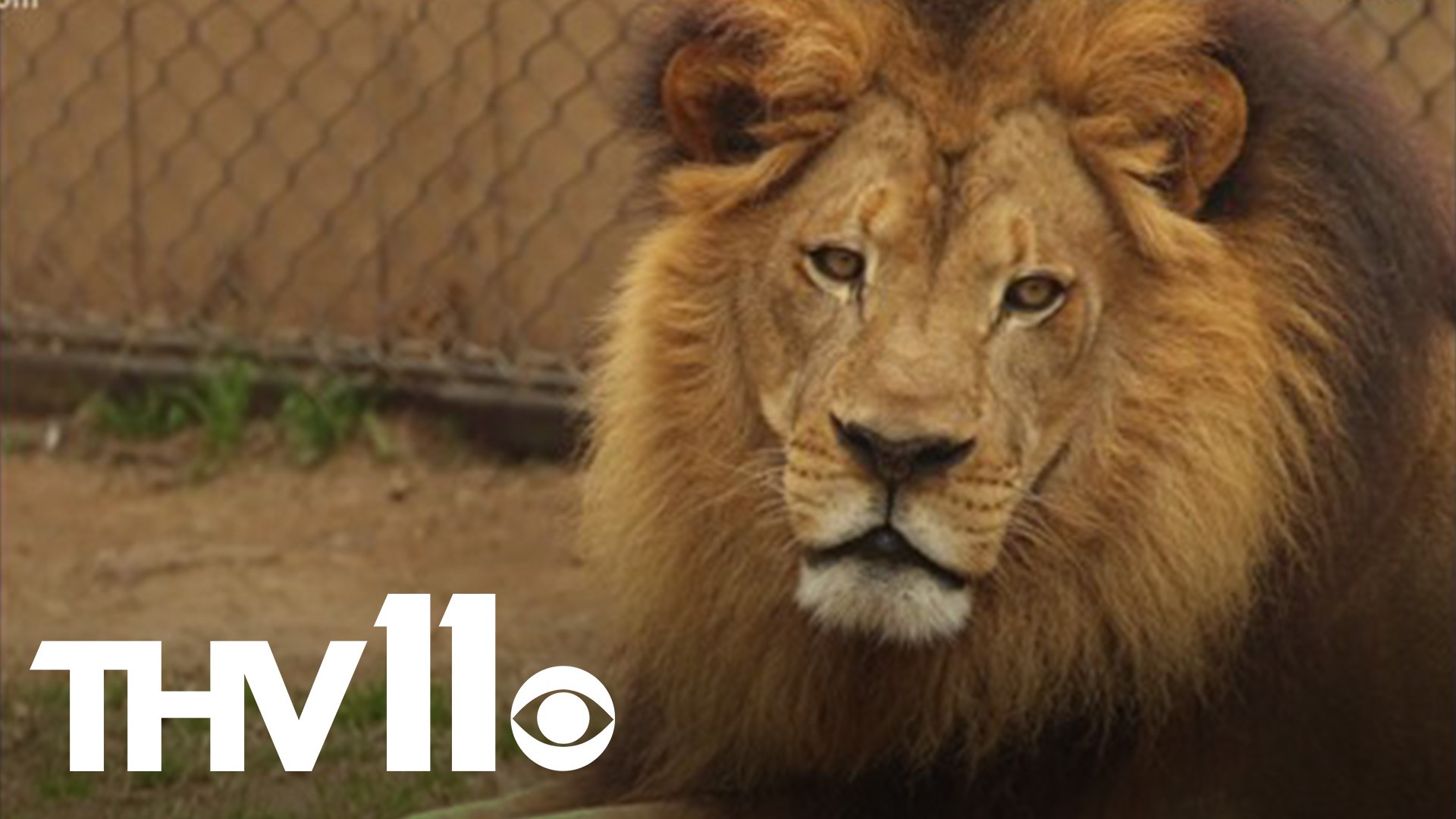 LITTLE ROCK, Ark — According to the Little Rock Zoo, staff members are mourning the death of 14-year-old Bakari, who died on December 1.

Bakari was one of three members of the lion pride living at the Little Rock Zoo.

In their release, the Zoo says Bakari had been treated for several medical issues since the summertime. He especially had difficulty eating and drinking during the past few days.

A Zoo veterinarian performed an examination and discovered a large mass behind his esophagus, but Bakari was unable to recover from the anesthesia after the examination. The Zoo says results showed suspected metastatic cancer in his spleen and lungs.

Bakari was a part of the lion pride for 12 years and came to the Little Rock Zoo from Colorado in 2008 at two years old. At the time of his passing, he was nearing the life expectancy of 16.9 years for lions living in a zoo, accredited by the Association of Zoos and Aquariums.

The Zoo says he will be missed by his female companions, Saphira and Inara.

One of his keepers said Bakari seemed like a stoic observer on exhibit, but he was actually quite a 'goofy guy.'

"He loved to do [what we called] yoga stretches! Whether first thing or at the end of the day, he would roll around and stretch his back legs over his head. He would always check to make sure he had an audience before continuing his stretches.” said Maggie Quinn Raglin. “He was such a big part of our team and he will be deeply missed.”

Another one of his keepers, Kate Neal, had the following to say about Bakari:

“Bakari arrived in Little Rock just after his second birthday [which was] my first year as a keeper. I have had the privilege of watching him grow from that awkward adolescent into a handsome and self-assured adult. He was always attached to keeper staff and was very interactive with us… [often] rubbing his head on the mesh to greet us. I have worked with him essentially my entire career; he was a very special lion and his loss is more than I can articulate.”