'That's my dude': Kentucky man's one-of-a-kind bond with red bird is getting noticed around the world on TikTok

Their unique relationship has garnered a lot of attention on TikTok. 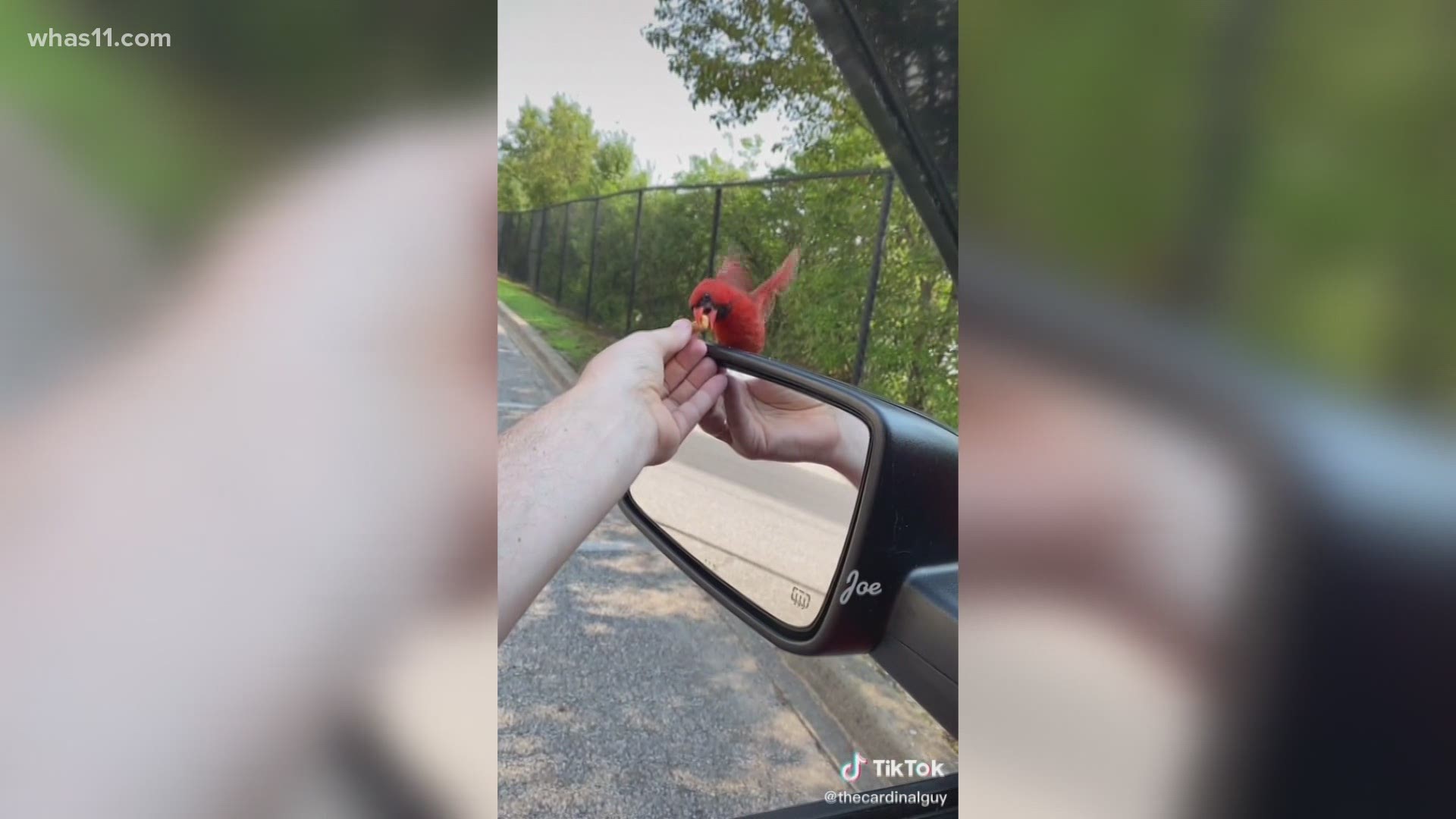 LOUISVILLE, Ky. — With over a million views on TikTok, Joe Castello is known as the "Cardinal Guy," because of his feathered friend, Siva. Their unique relationship has garnered a lot of attention on social media.

"It's amazing that I go there to sit and eat lunch and this bird comes to me," Castello said. "He's not trained. I'm not a bird feeder per se. I mean I was just eating lunch and he started hanging out we became buds."

Castello says he met Siva one day back in 2019 when he was out eating lunch in his car. After sharing a piece of his food with him, he said the bird just kept coming back.

"I get a lot of people from around the world, from Iceland and Europe on TikTok with Siva, feeding a cardinal by hand. You know they're not used to seeing that."

Recently the Kentucky Department for Fish and Wildlife reported an illness that's killing certain birds, calling for Kentuckians to remove bird feeders—and to avoid handling birds while they investigate.

"I try to keep my hand away from him as he tries to take a cashew or a nut or whatever, but it's something to worry about."

For Castello, he says Siva is not necessarily a backyard bird and is in a protected wetland near his job. However, he says he is taking precautions while still enjoying his best bud -- as many should be doing right now.

"We've been in our homes for so long and right now we don't worry as much about the birds but this could deeply affect us and we need to be."

Check out Joe and Siva on TikTok @Thecardinalguy.