In the days and weeks that have followed, the community has rallied around the shelter to foster animals and help clean up the facility. 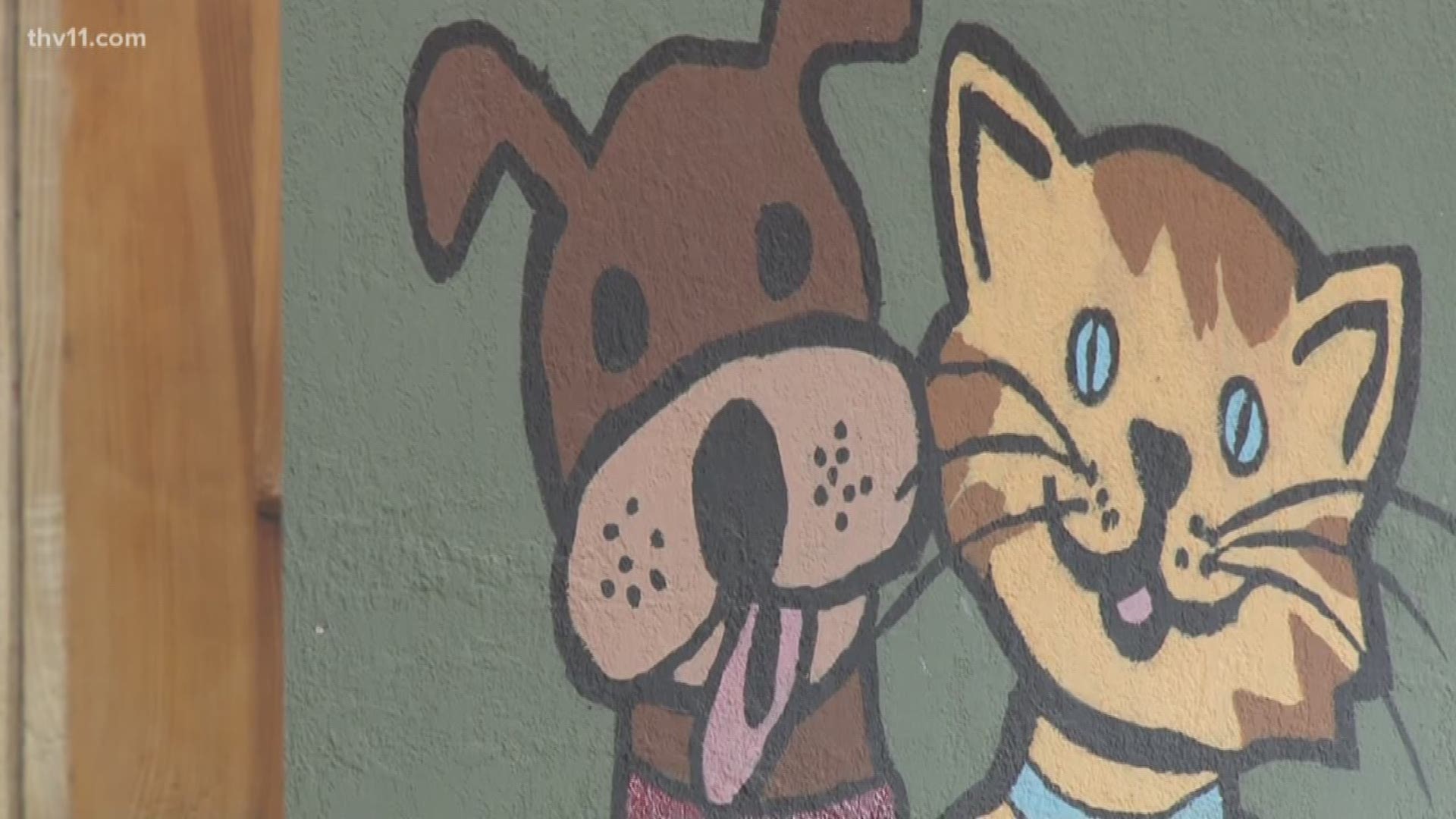 ARKADELPHIA, Ark. — On July 16, the remnants of Hurricane Barry caused major flooding in portions of Central and South Arkansas. It's a day Janie Allen, president of the Humane Society of Clark County, describes as a 'perfect storm.'

"Barry was coming through this area. Unfortunately, he chose a path that was directly over us and stayed on us for a while, which is unusual. We also had a water main that broke up the hill, and that proceeded to dump more water on us."

Those factors led to flooding in and around the shelter, located at the intersection of Walnut and 7th streets in Arkadelphia.

One puppy drowned that morning, but dozens of animals were rescued.

"We had kittens in here that we had to pull out of cages because they were basically clinging to the side of cages," Allen said.

In the days and weeks that have followed, the community has rallied around the shelter to foster animals and help clean up the facility.

"It's given us validation that this is where we need to be and these people are willing to step forward for us and that's the most important thing," she said. "We could not possibly do anything like this without the help of this community it just would not happen."

Allen says about half of the animals previously housed at the shelter will not return because their foster homes turned into forever homes.

Some dogs returned to their cages several weeks ago after the outdoor dog yard was restored, with assistance from the Henderson State University football team and other volunteers.

"Right now, we're at a standstill we can't take any more animals until we see how many we're going to have after this is over with," Allen said.

The shelter expects to hold a community workday before resuming normal operations within 2 to 3 weeks.

"I'm hoping with the combination of donated goods as well as donated labor that we'll be able to get it done pretty quickly," Allen said.

Once the immediate needs are met and things return to normal, the humane society has big plans for the future. The organization hopes to find a new piece of property and a new facility outside of the flood plain in order to prevent a similar situation in the future.

Humane Society of Clark County, Arkadelphia
I just wanted to take a moment to update everyone on the future of our shelter::: please share ❤️ 1) We will be using our current location as a temporary base of operation. We are hoping to reopen...