Zookeepers still have not been able to determine the sex of the panda cub yet. 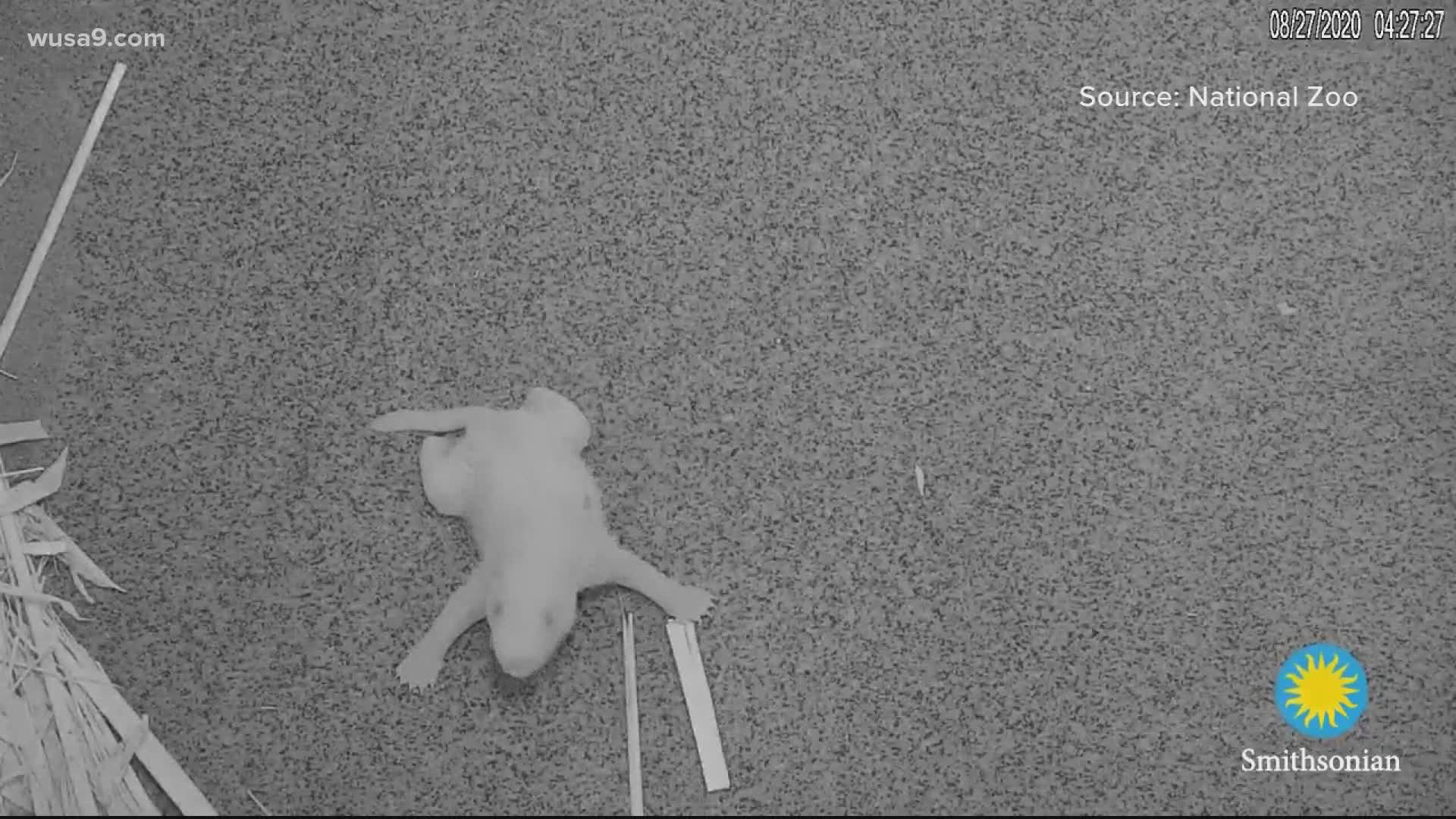 WASHINGTON — Mei Xiang's newest cub is almost a month old, and zookeepers were able to perform their first neonatal exam over the weekend. Mama bear briefly left the den Sunday to snack on some bamboo, allowing keepers the first opportunity to handle the cub.

Since baby pandas have very minimal fur when they are born, and can't self-regulate their body temperature, a mother panda forgoes eating and drinking during the first few days of a cub's life. Mei Xiang left the cub alone for the first time when it was six days old, but only spent about one minute away for a sip of water. It was still a positive sign that the cub could stay warm on its own for a few minutes.

Keepers were anxiously awaiting this next milestone, as it allowed them an opportunity for contact with the cub so they could weigh the cub and track its growth.

WUSA9 chatted with Laurie Thompson, assistant curator of giant pandas, to get all your burning butterstick (yes, we'll explain that one later) questions answered.

Credit: Smithsonian National Zoo
The Zoo performed its first neonatal exam on the cub on Sept. 13, when Mei Xiang left the den to eat some bamboo.

How is the panda baby doing right now?

So far, all signs point to great. Keepers described the cub as active, vibrant, healthy and strong during its first checkup. It tipped the scales at 634.8 grams—just under 1.5 pounds.

Overall, the cub has been vocal, Mei Xiang is showing excellent signs of maternal care, and the cub’s wispy fur is growing in nicely, Thompson said. Patches of pink skin can still be seen on the cub's muzzle, the top of its head, upper back and tail.

What is the next milestone keepers are looking for?

The opening of the cub's eyes, which typically happens when the cub is between 6-8 weeks.

"In another few weeks, its eyes and ear canals will begin to open," Thompon said.

When is the cub considered "out of the woods" healthwise?

Thompson said this answer really varies based on who you ask.

"Because we did lose a cub in the first week, we aren’t comfortable until a month old, really," she said

Do keepers know if the cub is male or female?

Not yet. Outwardly, cubs appear similar at birth, thus a DNA test is the most accurate way to determine the cub's sex. Keepers are waiting for Mei Xiang to feel comfortable leaving her cub alone for longer periods of time before they perform a full veterinary exam, so they don't risk agitating her.

"In the near future, the Zoo’s veterinary team will join us to perform a full medical exam on the cub," Thompson said. "We also hope to take a cheek swab soon, which will enable our scientists to confirm the cub’s sex via DNA analysis."

Does the cub have a name yet?

According to Chinese tradition, panda cubs are named at 100 days old. Thompson said it has varied as to when and how they have named cubs in the East, though.

"Sometimes we have naming ceremonies, but that's not always the case, and we really don't know how things will play out given the restrictions of the pandemic," Thompson said. 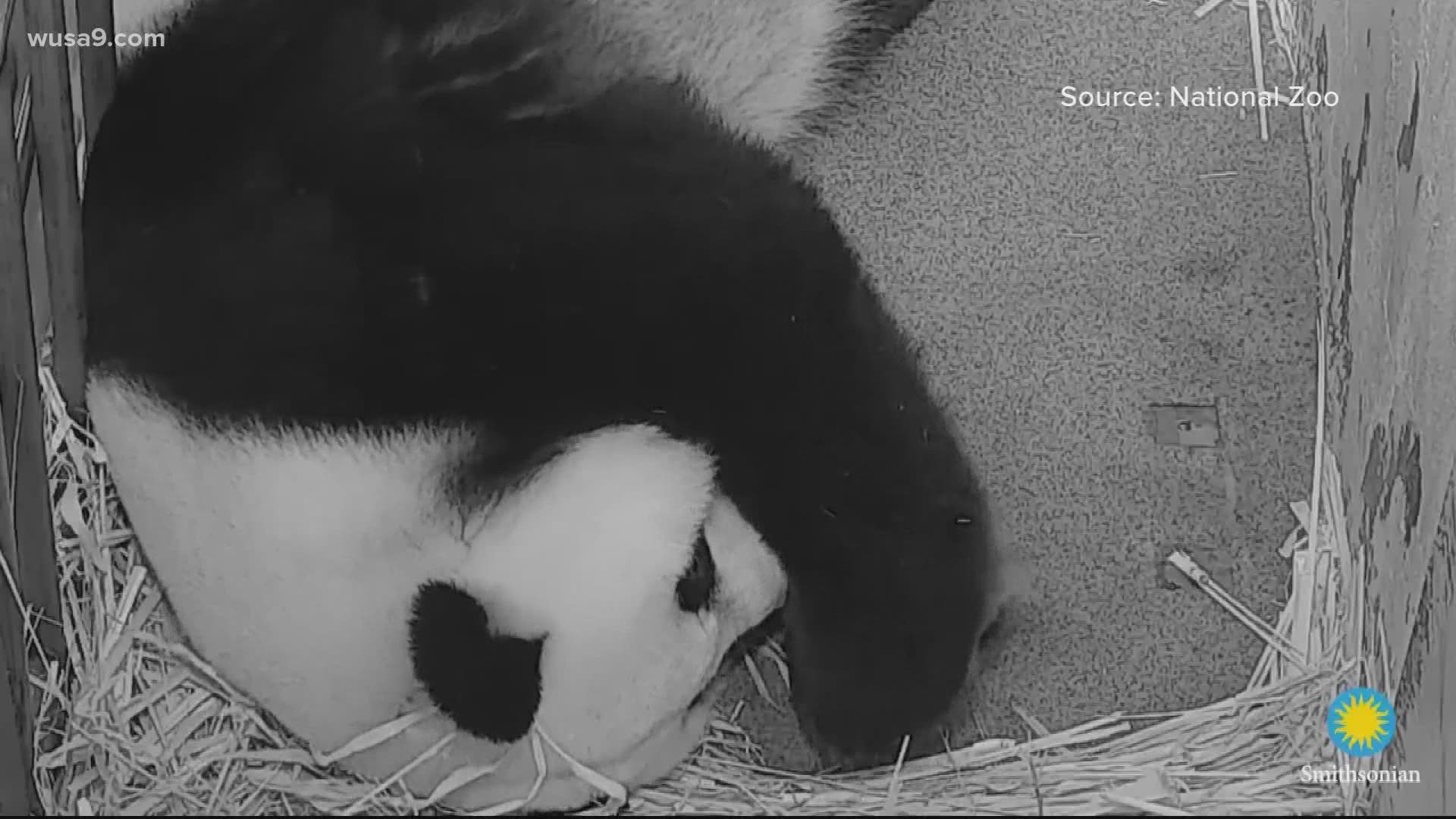 Why is a panda cub called a 'butterstick'?

This popular panda moniker started after the birth of the first panda cub at the National Zoo, Tai Shan, referring to his weight, which a zookeeper at the time described as "about the size of a stick of butter." Butterstick became a popular name among bloggers chronicling the cub's existence.

"The average panda cub weighs around 4 ounces at birth," Thompson said. "I guess they are kind of similar in length to a butterstick, too."

Has anything gone differently for Mei Xiang with this cub?

With this birth, keepers said the cub has allowed her to rest more.

"Other cubs have not let her lie down for many days," Thompson said. "She has to stay sitting up, that's the only time they are quiet. But she's been able to find a position for her cub where she's able to lie down flat, putting the cub in between her forearms, and resting." 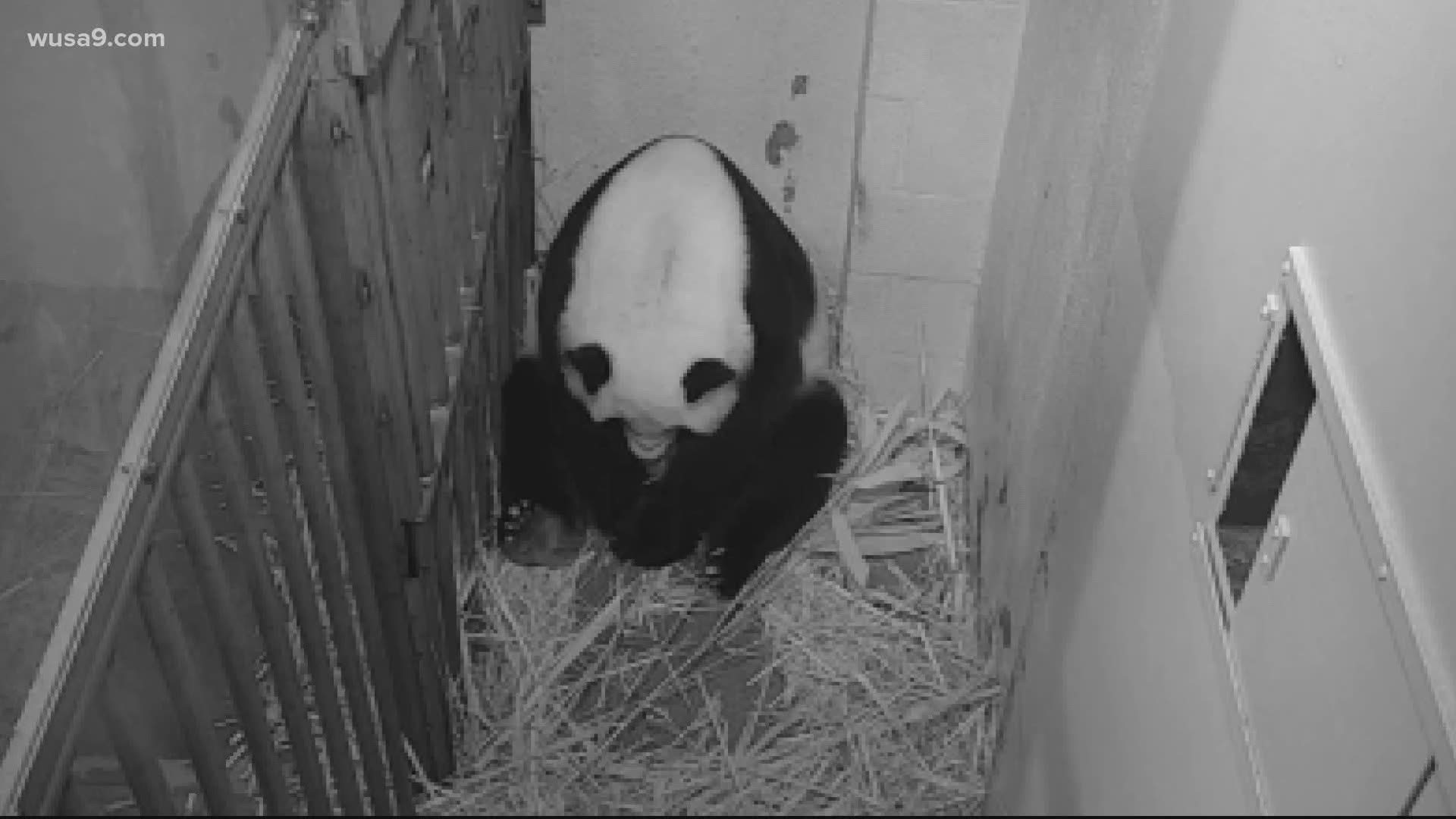 Why is Mei Xiang's den small?

In the wild, giant pandas den in very tight, small spaces, such as tree trunks, to keep the cubs in a very small warm place.

"We can't exactly recreate that, but we've given her a small space to make her feel like she's in a den," Thompson said.

Thompson reiterated that Mei Xiang is always able to leave that area if she chooses, but noted that pandas typically don't leave their dens after birth for 3-4 months in the wild.

"Her door is always open, but right now, the only time she will come out is to eat and drink and relieve herself, as they don’t do that in their dens."

RELATED: Cute cub alert: A baby panda was born at the National Zoo!