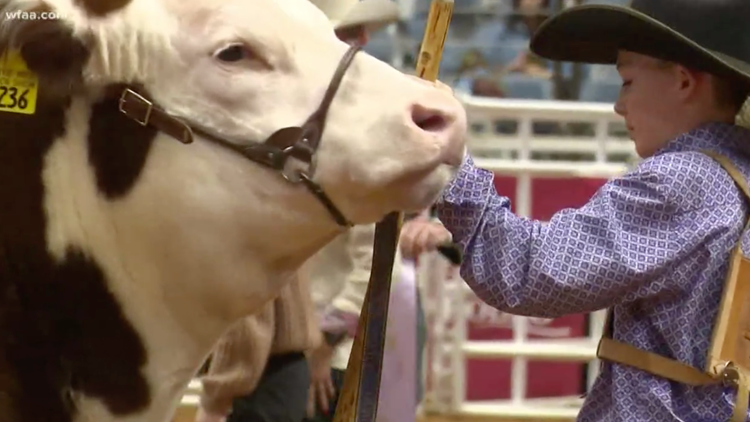 FORT WORTH, Texas — A 1-year-old steer named Cupid Shuffle sold for $300,000 Saturday morning at the Fort Worth Stock Show & Rodeo.

It's the first Hereford champion since 1982. The steer sold to GKB Cattle for a record-breaking amount in the Junior Steer Competition.

He became emotional Friday talking to reporters after a judge named his steer the winner. Day said the money will pay for college for him and his brother.

“It’s too much to think about,” Day said. “After we pay for college, me and my brother, we’ll help build our ranch up. Just like my parents and my grandparents and their parents before them.”

Saturday marked the final day of the 2020 Fort Worth Stock Show & Rodeo. This was the first year the rodeo was held in the newly constructed Dickies Arena.