Have you seen one of these worms in your yard? They're toxic. Here's how you deal with them.

"Don't cut it up," Morgan-Olvera said, "It will regenerate. So, if you chop it up into two pieces, you'll get two worms." 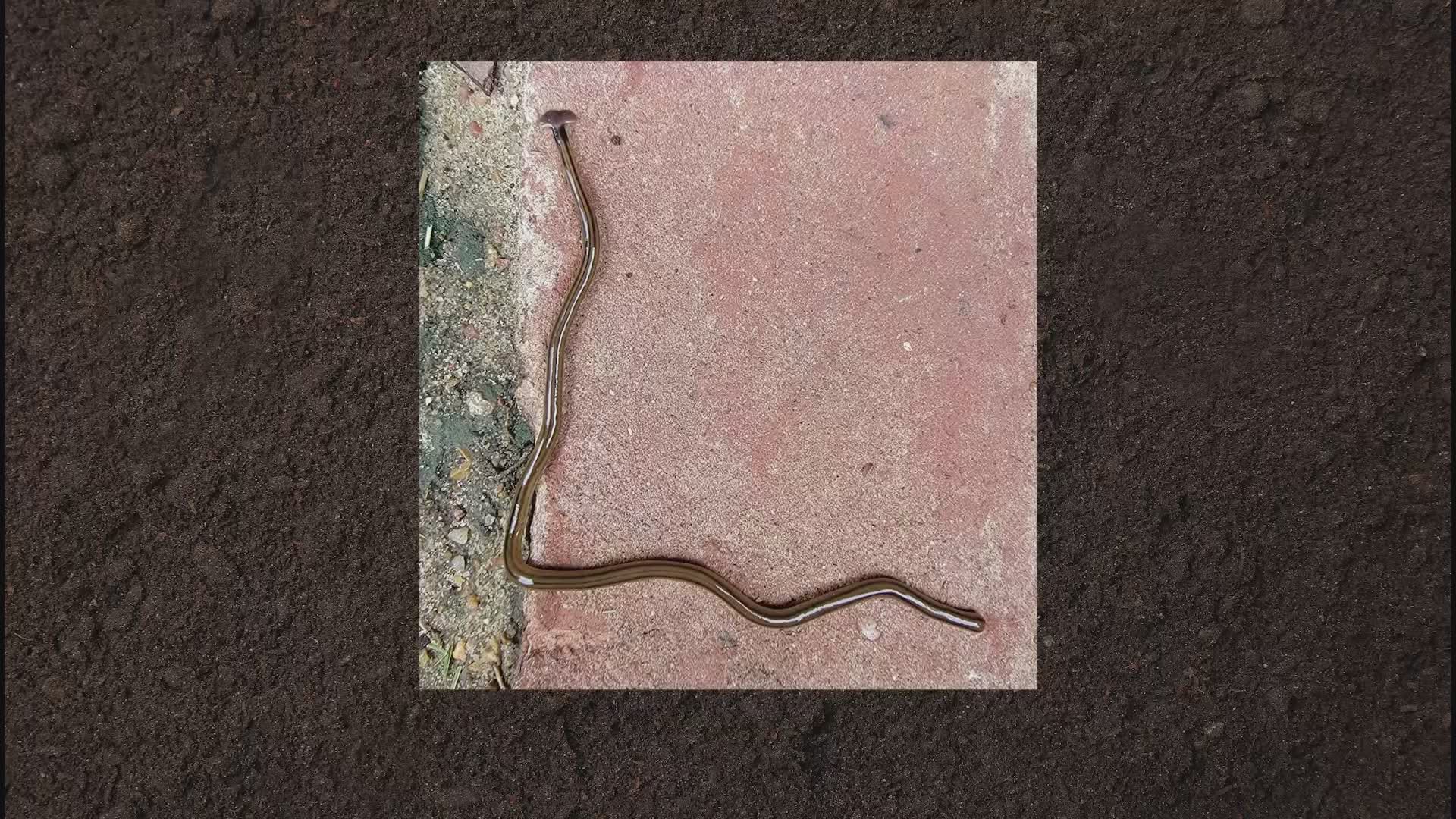 DALLAS — Like most buzzworthy topics these days, it started with a post on Facebook. A woman in Dallas shared a photo of a hammerhead flatworm, giving details about how harmful it is and who to contact if you find one in your yard.

Morgan-Olvera is the research director at the Texas Invasive Species Institute. She said the worms, which can grow up to a foot long, are harmful to the environment and can cause issues for people and animals.

“The way this flatworm harms our ecosystem is it eats earthworms, which are necessary for our forests, our crops...our gardens to survive," Morgan-Olvera said, “In order for it to digest earthworms, it secretes a chemical, or a neurotoxin, and that can cause an allergic reaction on your skin if you’re handling it."

Morgan-Olvera said most people, if they have a reaction to the toxins, will have mild irritation on their skin. She said animals can get sick if they eat the worms. The flatworms, while they aren't the strongest vessel, have the potential to carry parasites.

If you come across the hammerhead flatworm, Morgan-Olvera said to use a stick, gloves or paper towel to place it in a sealed bag with salt and/or vinegar, and freeze the worms overnight.

"Don't cut it up," Morgan-Olvera said, "It will regenerate. So, if you chop it up into two pieces, you'll get two worms."

While she said the information in the post about the worm is accurate, the part stating it's the first of its kind found in the area is not.

RELATED: NASA sends squid from Hawaii into space for research

Morgan-Olvera said these specific worms are native to Southeast Asia. They originally popped up in Texas around Beaumont in the 1990s. She guesses they started appearing in North Texas about 10 years ago, and the institute has been keeping track of them for the last three years. In that time, researchers received about 250 individual reports in North Texas.

"We’re just trying to see where it is cause it’s definitely more widespread than we thought it was,” Morgan-Olvera said.

She said they spread by way of the landscaping, greenhouse and planting industries because their eggs are inconspicuous and often hide in plants.

RELATED: No, hippos are not the deadliest animal in the world

"They just get moved around cause we move a lot of plants," Morgan-Olvera said."

If you find a hammerhead flatworm, Morgan-Olvera said to send a photo and the address where it was found to invasives@shsu.edu. That way, the department can track the data.