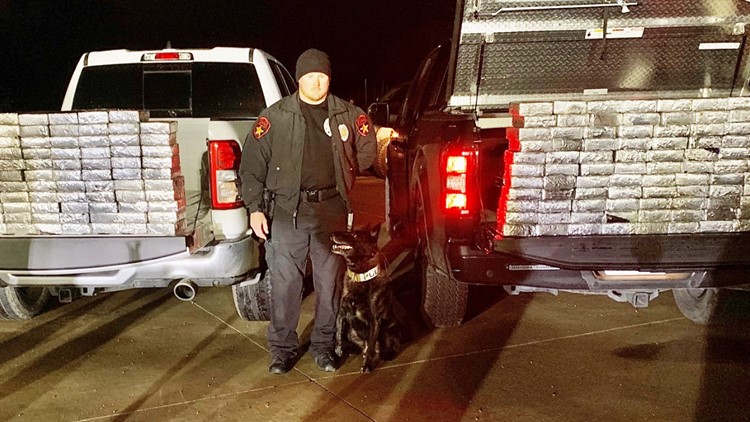 LEWISVILLE, Texas — The Lewisville Police Department says its officers seized more than 270 kilograms, approximately 595 pounds, of methamphetamine in one of the largest drug busts in the department’s history recently.

The bust happened Sunday afternoon when the department got a tip about a suspicious tractor trailer located along a major highway.

Robey and Stryker found the meth in a hidden compartment within the tractor trailer.

The estimated street value of the seized narcotics is more than $1.2 million, according to police.

The department said the find was the biggest bust in Stryker's career so far.

The department did not indicate how the truck ended up on the side of the highway, nor did police announce any arrests or charges in the case.