He's now getting old enough to socialize and go outside for part of the day, and he's becoming quite the star. 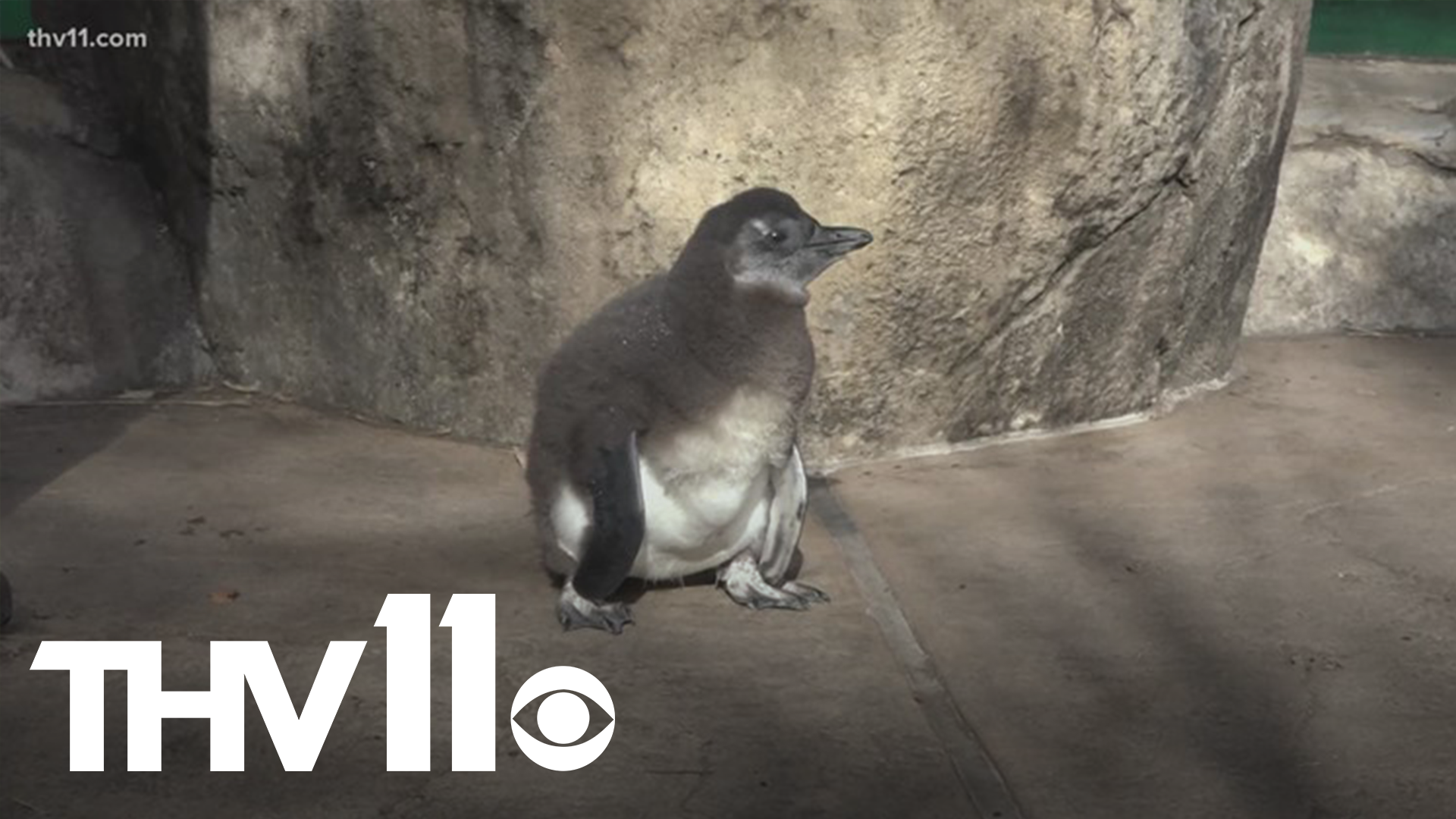 LITTLE ROCK, Ark — Little Rocky was born on November 2 at the Little Rock Zoo to penguin pair Skipper and Easy.

Typically, African Penguins lay two eggs, but Little Rocky is unique in that he was an only child... or egg.

The zookeepers had to take extra care to make sure Little Rocky didn't feel alone.

"We have what is called his mom (a life-size toy penguin), which will stay with him until he can be a part of the colony," said Little Rock Zookeeper LeeAnn Goette. "We also provide a mirror to make sure he looks and thinks he has a sibling. It makes the introduction back into the colony a little bit easier."

In the past month, he's grown tremendously and he's already bigger than three of the zoo's smallest penguins.

The zookeepers say Little Rocky will soon be fully grown and within the next year, he will molt his baby fluff and get his sleek black and white adult coat.

Right now, Little Rocky is very curious and likes to explore. He also loves to eat.

His parents feed him when he's young, but the zookeepers also make sure he gets enough nutrients.

"We do what's called a 'V.' Parents regurgitate their fish, so we do our fingers mocking their beak to get a feed response," said Goette.

When the zookeepers feed Little Rocky he will open his beak and swallow the fish whole.

Now, Little Rocky is starting to go outside and see more of his habitat.

He hasn't been introduced to the colony yet, because he is too small and still a stranger to the rest of the penguins.

If he keeps up the good work, he will become an ambassador animal for the zoo.

"So, that means he's going to help us teach people about conservation of penguins, because the best way to fall in love with penguins and to help is to meet them up close," said Little Rock Zookeeper Hannah Baker.