Residents continue to push for animal shelter in Faulkner County

After rescue groups helped save more than one hundred animals from a Faulkner County home, many are urging the area to build an animal shelter for the county. 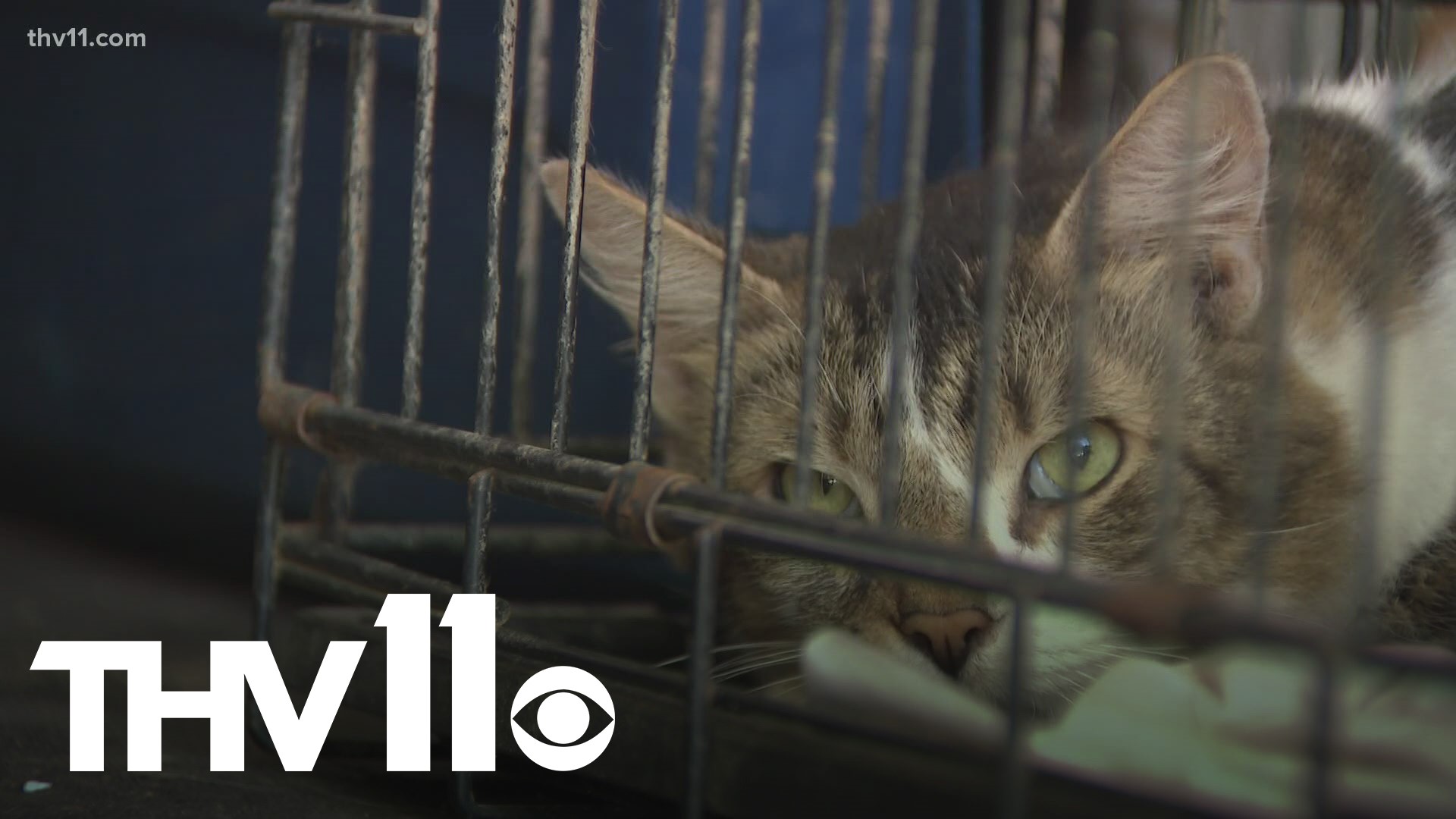 FAULKNER COUNTY, Ark. — More than 100 animals were rescued from a house in Faulkner County on Thursday, where they were split between different organizations for medical care and shelter.

"At least a hundred animals, and many of those animals are deceased," Jerry Boyer, a Justice of the Peace for Faulkner County, said.

After news broke of the rescue operation, many on social media renewed their calls for an animal shelter. Faulkner County has animal shelters, but none are for the county specifically.

"This is on the front end of the front end," Boyer said. "This has been a conversation for 8 or 10 years for an animal shelter."

While talks are still in the preliminary stages, the county is making headway in creating the shelter with the only issue now being funding.

"Operational costs are the thing we can't determine at this point," Boyer said. "We have some funds available. How to effectively and cost effectively use those funds," he continued.

Despite having some funds, Boyer said there is a real concern over how long they can keep the shelter going with what they have currently.

"We need to have funds, revenues, to operate and maintain it," he said. "We don't want to open one up, have it open for two years, and close it down."

Boyer said he has to look at both sides to see what those in the district want. For those fully in support, they believe funds won't be an issue once the shelter opens.

Clawson believes that hoarding incidents like the one in Faulkner County make it all the more crucial that a shelter opens as soon as possible.

"If we had a shelter it would be so much easier to have them at one place," she said.

While we may just be in the beginning stages, it's a start nonetheless.

"I realize that the need for sustaining the operation, the animal shelter, is necessary before we can even program a plan," Boyer said.

Faulkner County's Quorum Court meets Tuesday night to discuss the next steps for the shelter.