The sheriff's office said this particular post office has automatic, double doors that lead to the lobby. 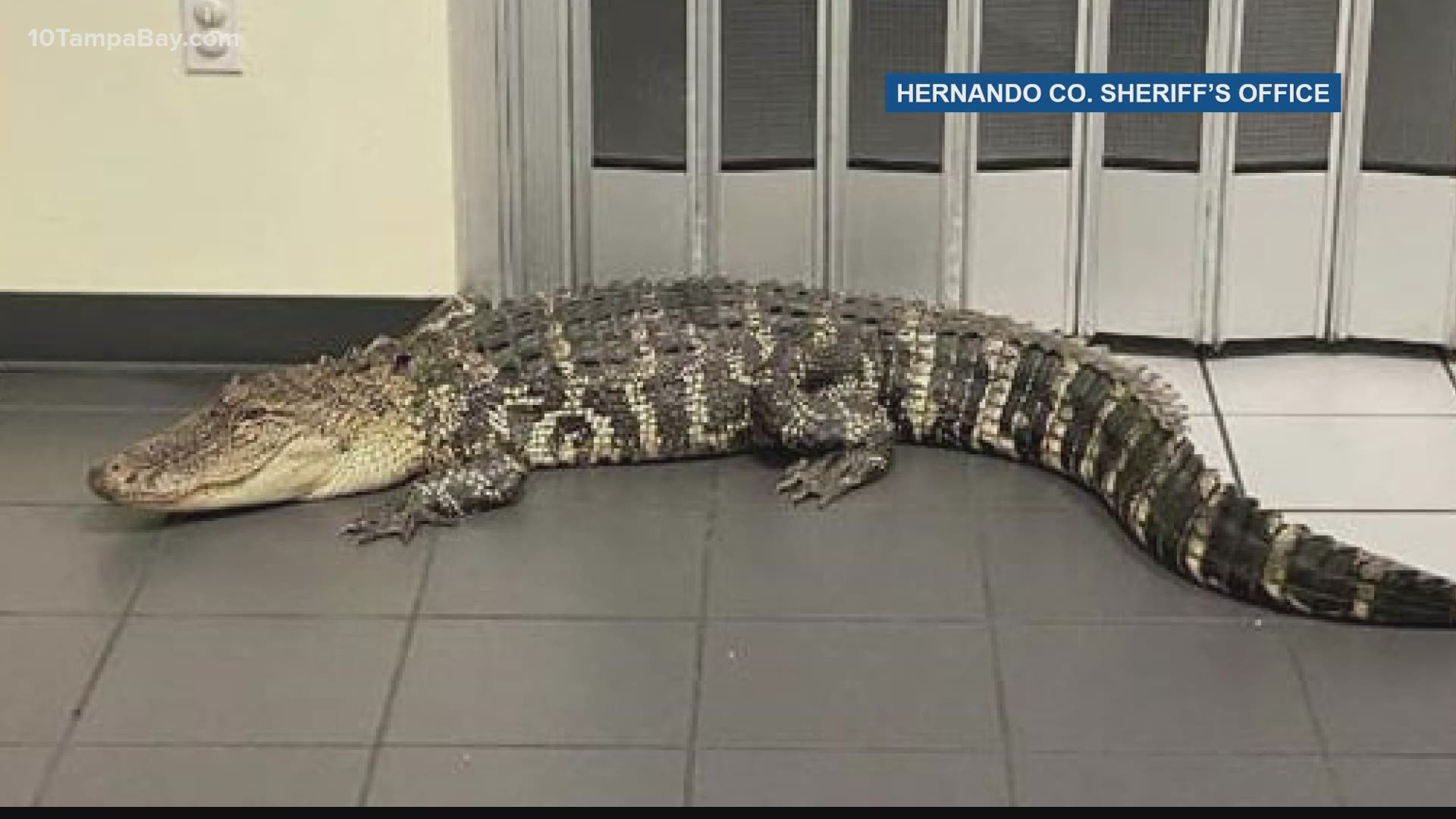 SPRING HILL, Fla. — Your package could be a little late if you're in Spring Hill--- and you can blame an alligator for that.

The Hernando County Sheriff's Office posted a photo of the 7-foot alligator at the U.S Post Office facility on Philatelic Road.

Deputies said they got a call from a person at the post office who went there to mail a package and saw the alligator. When deputies arrived, sure enough, it was there roaming around. The sheriff's office said this particular post office has automatic, double doors that lead to the lobby.

A trapper responded and was able to safely remove the alligator, according to the sheriff's office.

It's rare for people to be seriously hurt by gators in Florida, but it does happen. The Statewide Nuisance Alligator Program (SNAP) handles complaints about specific gators that people believe pose direct threats to themselves, pets or property. The toll-free Nuisance Alligator Hotline, which is managed by FWC, can be reached at 866-FWC-GATOR (866-392-4286).

When gators are removed, they become the property of their respective trappers are usually processed for their hides and meat. Sometimes, they get sold to zoos or animal facilities.

Trappers are paid a $30 stipend for capturing the gators under contractual agreements with Florida. They're not employees of the state.

"Florida has a healthy and stable alligator population, which is estimated at 1.3 million alligators of every size," an FWC spokesperson added.

Gators can be found in all of Florida's 67 counties.