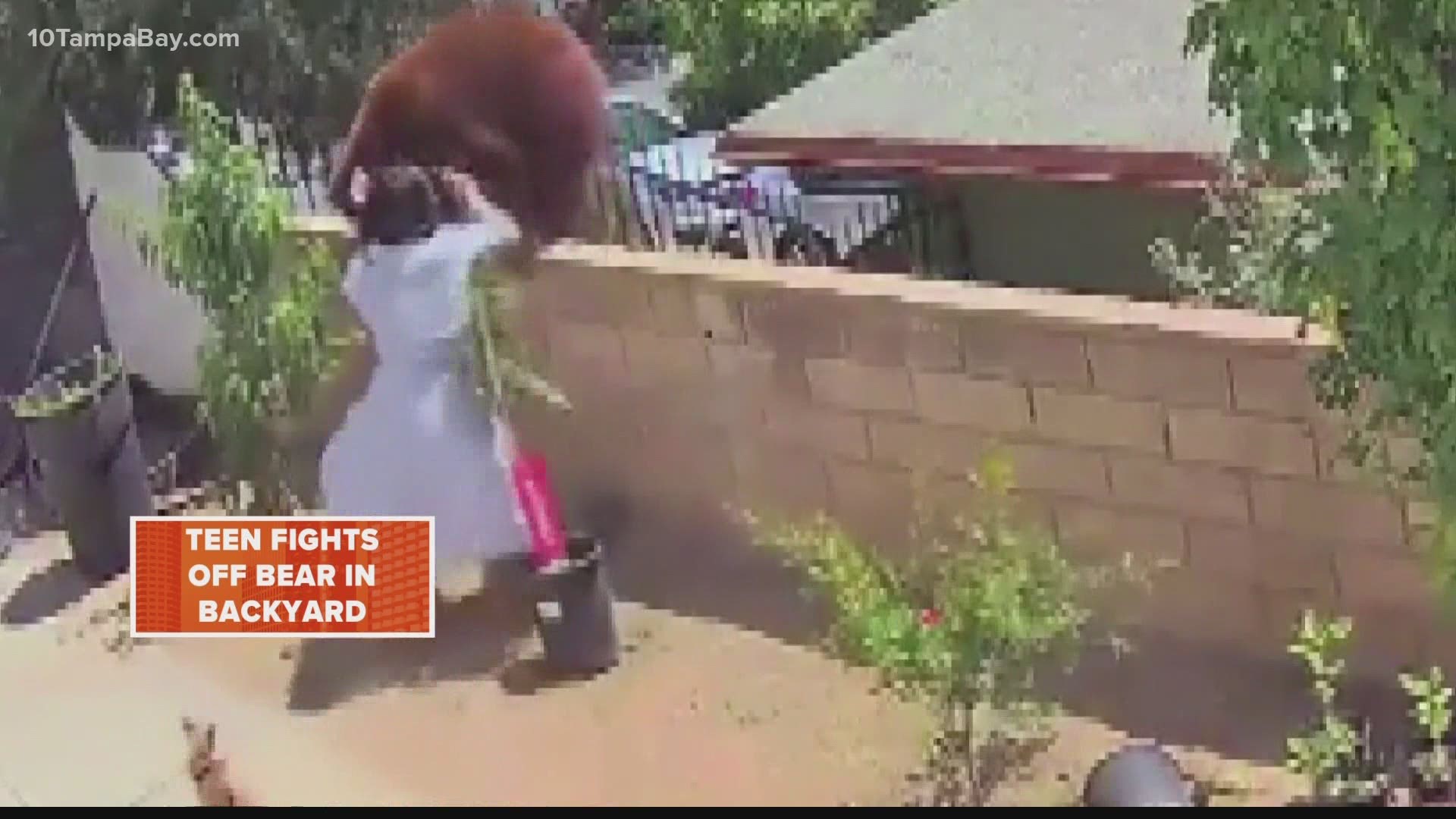 BRADBURY, Calif. — One California teen couldn't "bear" to see her dogs in danger, so she took matters into her own hands.

The 17-year-old shoved a large bear that was swatting at her family dog in their Southern California backyard.

A viral video, viewed millions of times across platforms online, shows the mother bear perched on top of a wall, facing off with a black dog on the ground.

Two bear cubs are behind the bear while four smaller dogs bark and dart around the yard. The teen sprints to the bear, uses both of her hands to push the bear off the wall, picks up one of the smaller dogs and runs away.

ABC 7 reports the girl and the dogs were OK.

According to CBS Los Angeles, she sprained her finger and knee but was otherwise unhurt.

The Florida Fish and Wildlife Conservation Commission says if you do encounter a bear at close range, you should not run. Instead, you should stay upright, speak to the bear in a calm and assertive voice and slowly back away while leaving the bear with an escape route.