It's time to recognize all the good happening in central Arkansas, and the good people doing it. All this week, we are introducing you to 'Remarkable People.' 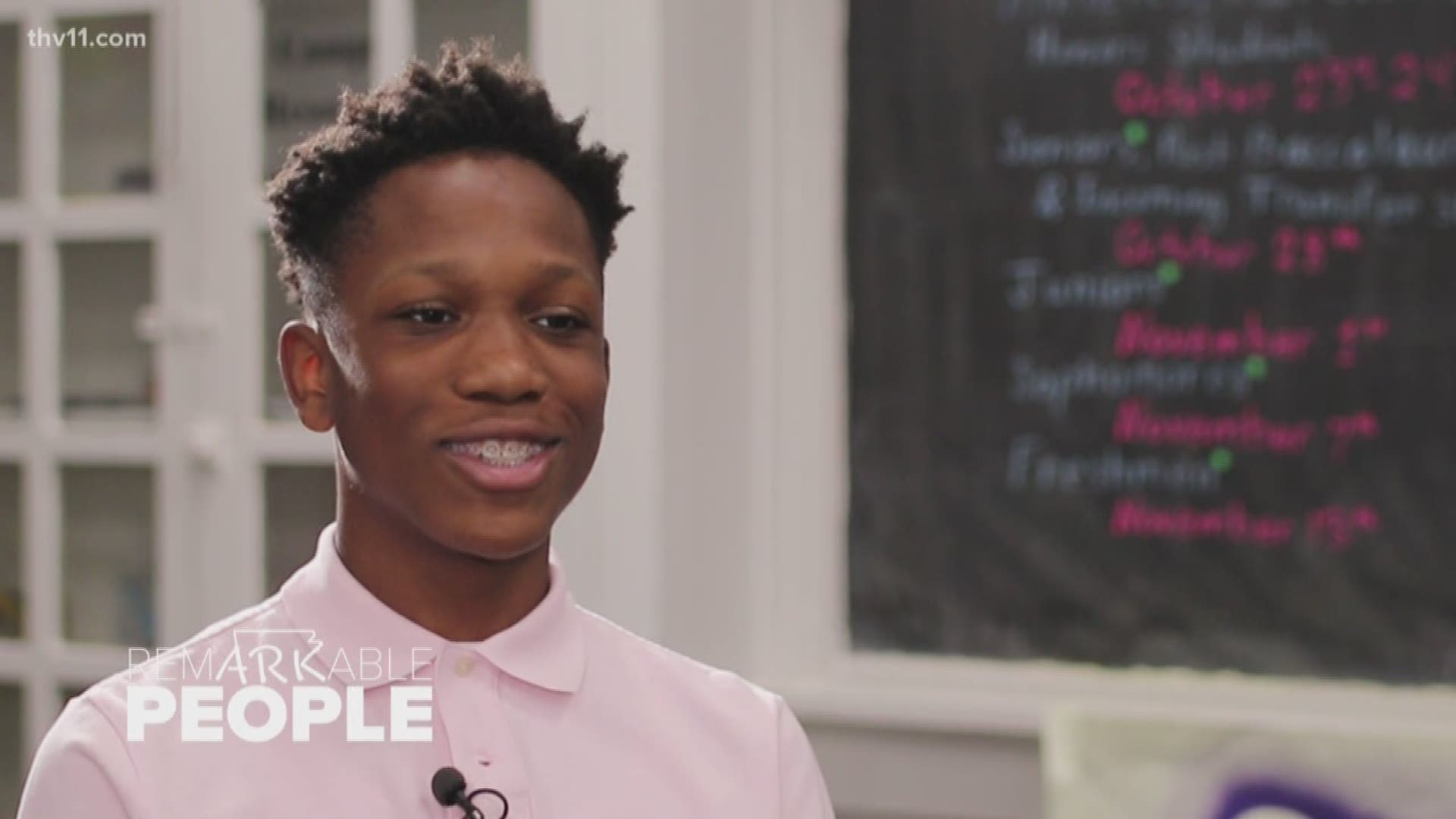 LITTLE ROCK, Ark. — It's time to recognize all the good happening in central Arkansas, and the good people doing it. All this week, we are introducing you to 'Remarkable People.'

It's hard to imagine where he finds the time. He plays basketball. "I wouldn't say I'm the best," he joked.

He's studying for his first big taste of adulthood.

"My driver’s license test is more important to me right now," he admitted. But that's where the similarities to most people his age end.

This 8th grader has already accomplished more than many adults.

As an author, he's working on his third book. He took up acting, and at the age of eight, his real-life character would be tested.

"I didn't get a role and I very upset," he remembered. He was cut from his dream role. But, he took that rejection and used it as motivation.

Aidan's mom, Nadia, "We've never been afraid to say you can do this," she explained. "Even at 8, when he said I want to write produce and direct my stage play, and I was like 'okay.'"

And just like that, Aidan had become an 8-year-old producer and director.

He's written four more plays since then, including a dinner and a show called 'It's Not What It Looks Like,' and somehow, Aidan still finds time to focus on his studies. He's already taken the ACT Aspire test, and when he saw that test results for African Americans needed improvement, he jumped into action.

"He said we have to do something about this," remembered his mom.

He took the majority of a $500 grant he won and bought gift cards to entice fellow students to come to study sessions, and it worked. More kids showed up, and for his efforts in the halls, on stage and in society- few could argue.

Aidan said he wants to be like his idol, Tyler Perry, one day and own his own studio. But for now, he's studying to take his driving test and working on finishing his most recent book.

For more information on Aidan's story, check out his website by clicking here.

If you have a Remarkable Person you'd like for us to feature, reach out to Rob Evans on social media. @robevanstv

RELATED: Jacksonville teacher goes beyond the classroom with free food pantry for students