Central Arkansas ramps up flood response measures ahead of storm

This summer has already been wetter than normal, making rain a dangerous threat. That has emergency managers preparing. 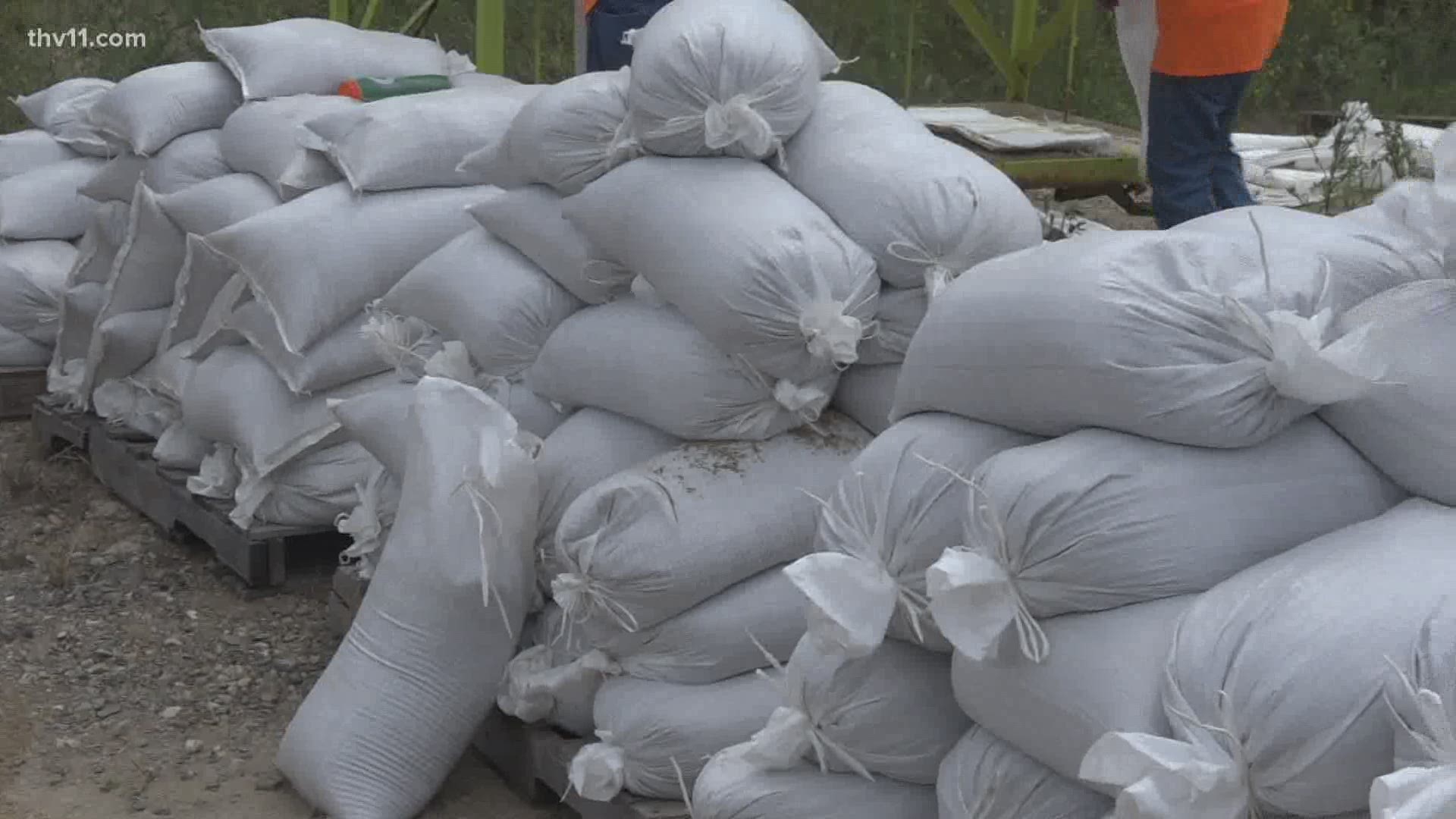 In the Spa City, geography and history combine to make the director of public works nervous when storms are in the forecast.

RELATED: What Arkansas can expect from Hurricane Laura

"The downtown area is a narrow pass between two mountain ranges," said Denny McPhate, as he inspects gauges along Whittington Creek that lead into a tunnel under some of Hot Springs' most famed landmarks.

This year marks the 30th anniversary of a serious flood in the downtown area. There have been echoes of that this spring and summer, including flash flooding six weeks ago.

"It flooded the creek here. It over-topped the tunnel," McPhate said of the Whittington inlet behind two churches and across the street from the Arkansas School for Math, Sciences and the Arts. "We couldn't handle anymore water here. We had it about two foot of water up on the church here."

With that fresh on everyone's minds, McPhate's crews went to work Tuesday, using a foot operated tool called a "Sandbagger" to start to prepare.

"We try to keep a pretty good stockpile of sandbags for downtown businesses," McPhate said. "We usually try to keep about 500 bagged up already. We've got several thousand we can bag."

Pallets will be placed around the city beginning Wednesday for business owners to pick up and place in front of their property. They will be on a first-come, first-served basis.

The city's high-tech flood gauges figure to get a workout. There are a handful of devices measuring precipitation and water flow with alarms tied into a network in Little Rock. In addition, 17 emergency sirens now blanket the entire city.

"There's things that we've put in place over the last 10 years that greatly helps us with this kind of event, tornadic event, and other major storm events," McPhate said.

Farther out in Garland County, Judge Daryll Mahoney said the wet season made shoring up low-water crossing and bridges more challenging. He said his crews spent Tuesday checking on ditches and culverts, knowing that the forecast indicates rain won't have much time to run off into streams and creeks.

McPhate is also monitoring the storm track and the rainfall forecasts. With the 1990 flood as a benchmark, he feels prepared.