Haley Passafiume just earned five board certified emergency nurse certificates and she’s the only one in Arkansas who has them all. 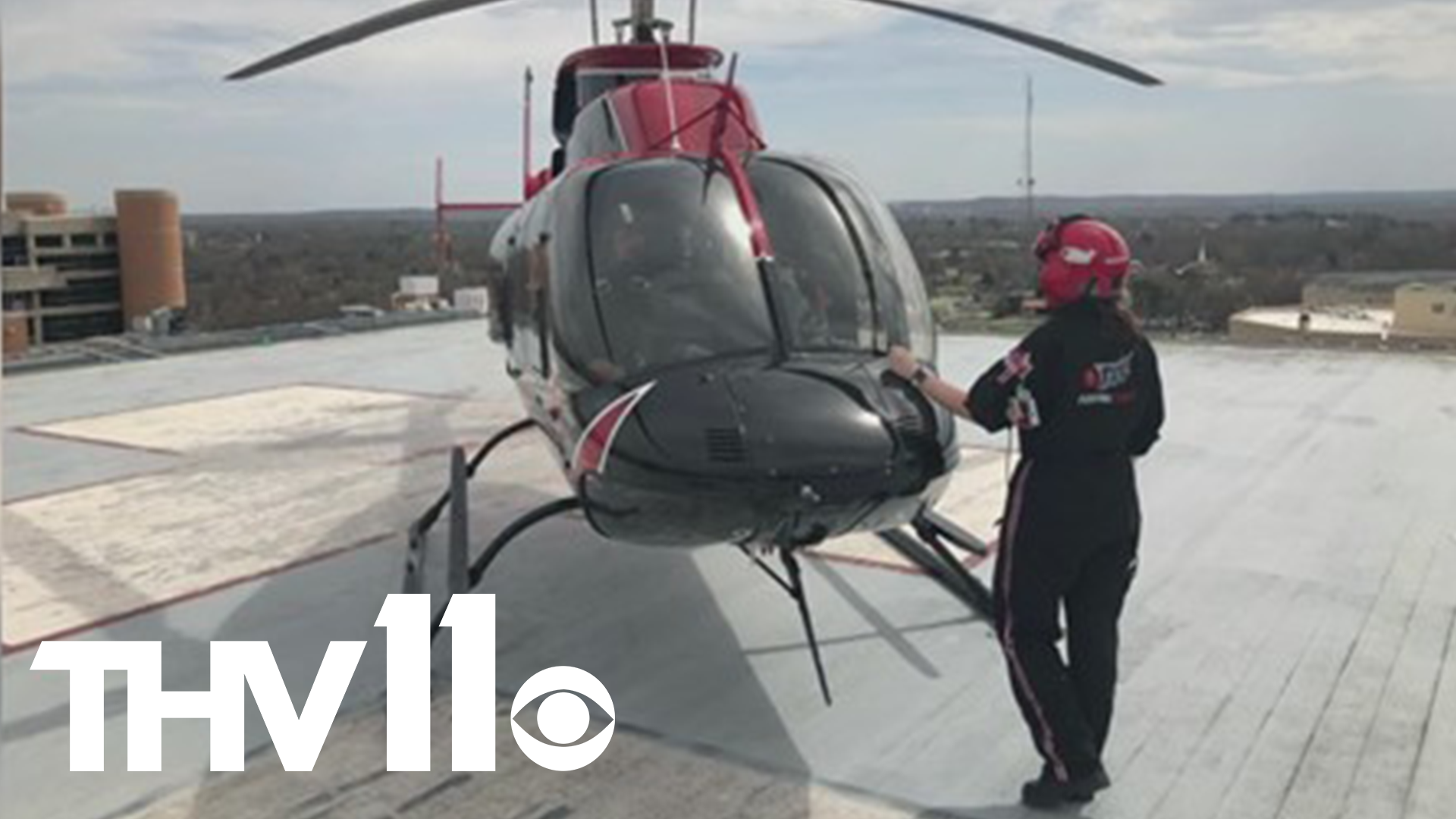 LITTLE ROCK, Ark. — As the U.S. suffers a nationwide nursing shortage during a critical time, one Arkansas nurse is inspiring people across the state and world. Her incredible accomplishments are making a difference in a time we need it most.

Haley Passafiume just earned five board certified emergency nurse certificates and she’s the only one in Arkansas who has them all.

“I didn't know that no nurses in Arkansas had all five in the process of doing it,” said Passafiume. “It was afterwards I figured out that I was the only nurse with all five.”

The feat makes her a member of the nursing “high five” club. She's one of only 66 in the nation.

Passafiume said the difficulty of obtaining the certifications is only part of the reason it is rare for nurses to have them.

“They are expensive to get and the test is expensive,” she said. “To maintain each certification takes 100 continuing education units or hours.”

As an emergency flight transport nurse, she said the work was worth it, but it wasn't about her. It's an accomplishment all for her patients.

Passafiume’s interest in nursing started, in many ways, the day she was born. Her mom was an ER nurse.

“She inspired me to want to be a nurse,” she said.

Shelley Austin is Chair of the nursing department at Henderson and said she wasn’t surprised that of all students, Passafiume achieved this.  She said her example comes at a time nurses are needed most; in a nationwide nursing shortage that has been going on since before the pandemic.

“By 2025, almost a third of the nursing work force may retire,” said Austen. “She inspires other students that see all she’s achieved and just to know someone else has done it always impacts people to realize if she can do that they can do that.”

Passafiume said she hopes her work and the work of other nurses during these challenging times, will inspire people to step up to help.

“Being a nurse is amazing,” she said. ‘It has sad days, it has hard days, and days that test you but you’re really being able to make a difference in people's lives.”