Twelve-year-old Triston Harper's video got a lot of attention after Simon Middle School shared it on their Facebook page. 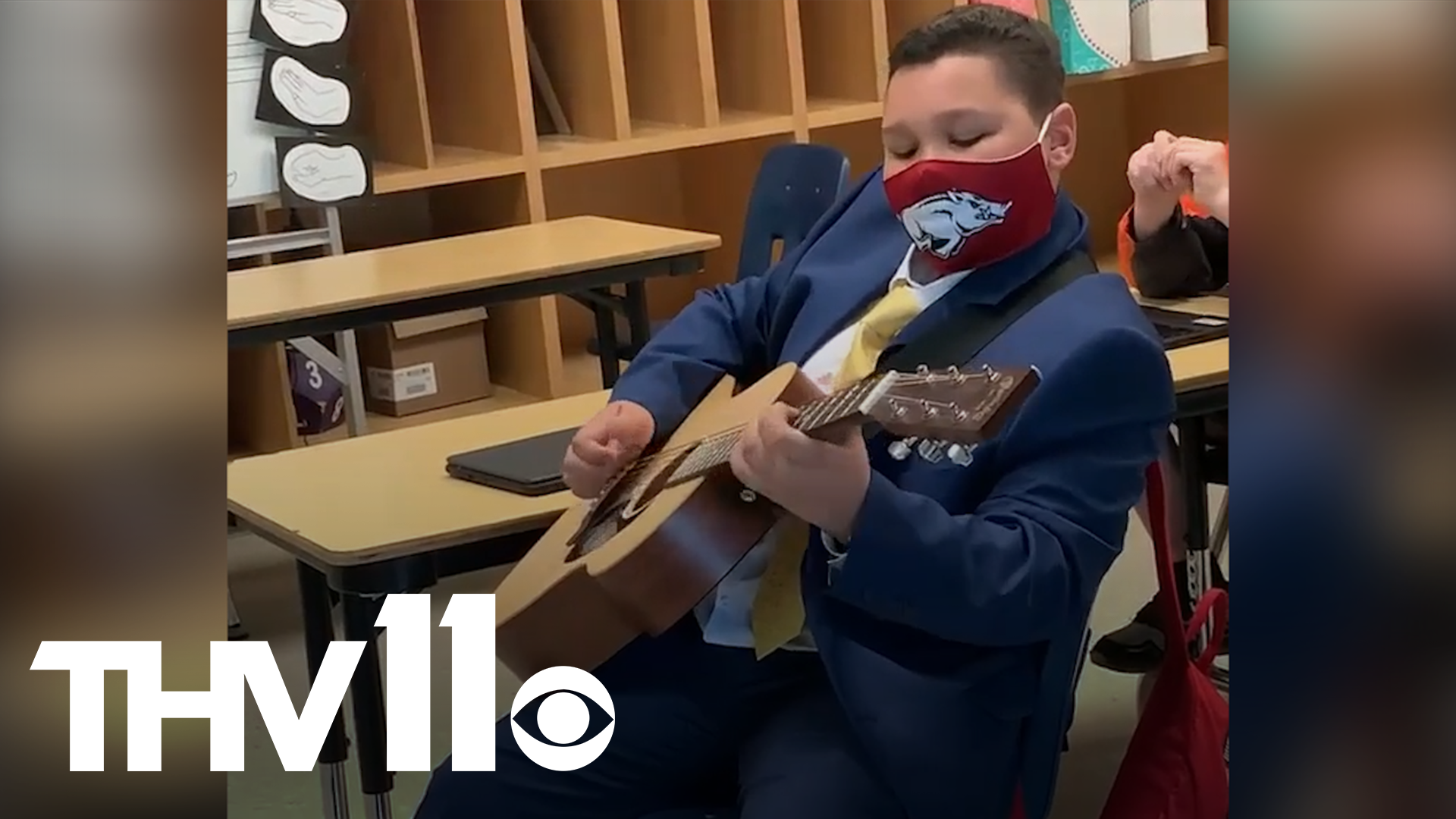 Twelve-year-old Triston Harper's video got a lot of attention after Simon Middle School in Conway shared it on their Facebook page.

According to his grandmother, Triston has never had any formal training or lessons. She said he does, however, love his choir teacher at school.

"Triston loves Jesus and speaks The Word to anyone and does at school often," his grandmother Tami Greenlaw said. "He loves people. He says God told him when he was three that the world would know him one day."

As seen in the video, Triston was dressed to the nines while performing in his chair during first period.

"He has always loved suits," Tami said, "even as a child. He’d wear one everyday if had more."

Triston taught himself to play the guitar and has been singing for years. He has an electric and acoustic guitar that he plays everyday. He even creates his own songs with his own lyrics and music.

Who knows, maybe we are looking at the next Johnny Cash or Elvis? After all, those are his inspirations.

"He loves Gospel, Country, Blues and The King of Rock N Roll Elvis. He also loves Johnny Cash," Tami said. "He enjoys older music from the 50s and 60s and can also play some piano."

Triston's school allowed him to bring his guitar to choir class and the rest is history.