Death of Fayetteville officer opens conversation for other police departments

"You've always had a percentage of people who don't like cops. It's worse now," said Officer Richard McNeil with the Sherwood Police Department. 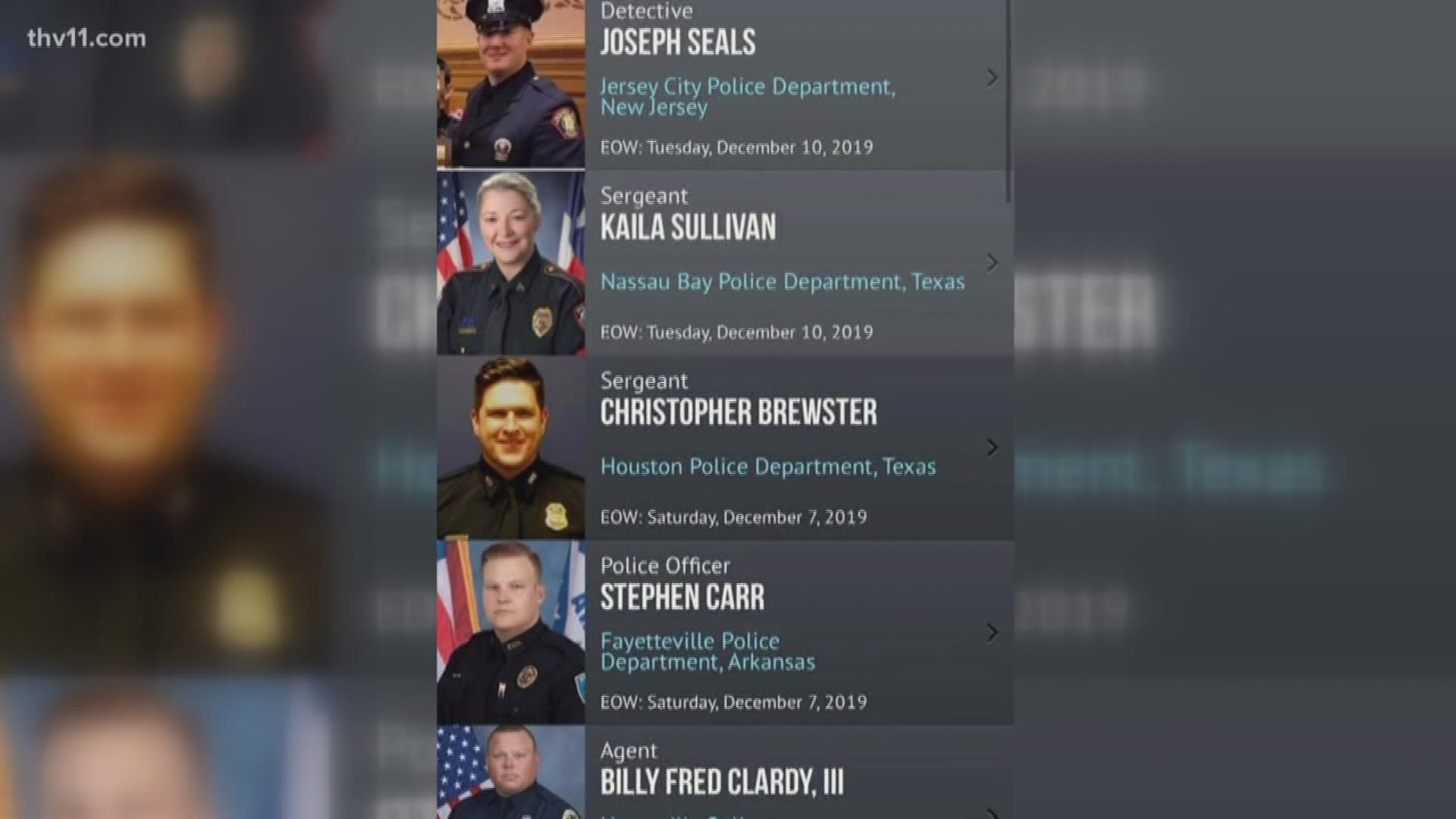 SHERWOOD, Ark. — “Backing the Blue” is about more than wearing a color.

With police officers across the state in mourning over Fayetteville police officer Stephen Carr, departments are reflecting that times like these are tough.

Officer Richard McNeil has spent 25 years wearing the badge from big cities like Philadelphia, to where he serves now: Sherwood Police Department.

"It's not like when I first started,” said McNeil. “It's gotten worse, but you know we are up for the challenge."

Every day, McNeil works to be the peacemaker between his community and police.

But despite the efforts on a local level, he said hatred toward law enforcement is worse than it's ever been.

"We understand that obviously it comes with the job,” said McNeil.

In the last five days, five law enforcement officers have been killed in the line of duty across the nation, from Arkansas, Alabama, Texas, and New Jersey.

Officer Carr’s death hit close to home for Officer McNeil and Sherwood Police Department after learning gruesome details. Their brother in blue was gunned down in his safe zone on police department property, which has spun up a conversation in Sherwood.

"It can happen anywhere,” said McNeil. “So what this does unfortunately is gives us opportunity to talk amongst ourselves on how to stay vigilant, how to be aware all the time. It's every call.”

The Sherwood Police Department have multiple safety policies in place for officers, but learning of Officer Carr's tragic death, they hope to learn something new that could ultimately be a life saver.

"We talked to our lieutenant about this just yesterday,” said McNeil. “At the end of the day, we all want to go home safe."

THV11 reached out to multiple police departments across the state Wednesday, asking if any safety policies changed from here.

All of them we spoke with said they're not at this time, but there are already strict policies in place.

But with Officer Carr’s death, it makes other police officers take notice and be more careful moving forward.

RELATED: 'The worst day in the history of the Fayetteville Police Department': Officer ambushed, killed in patrol car