FORT SMITH, Ark. — Fort Smith isn't just a city, it's a gallery. The aging downtown area has been resurrected by murals.

"Everyone is different, so it's really exciting to see how each mural plays out from beginning to end," said Clair Kolberg, who took on the role as my tour guide for the day.

RELATED: Searcy artist booked months in advance to paint murals was once too afraid to start

The first mural she introduced me to was a portrait based on the very first photograph of Native Americans. This one was a little different than the average idea you get when you hear the word 'mural.'

Instead, the wall was plastered and the artist's team had chiseled lines in the plaster to produce the portrait.

Just around the corner from that mural, you can see a wordplay visual from a London based artist. Can you tell what it says? It's 'side by side.'

And a block down from that, we find a mural painted by two artists from Argentina.

"It's called 'The Divine Rapt' and it's the artists' version of a still life," Kolberg said.

The two artists had never worked together, but jumped at the chance to come to Fort Smith and paint the mural.

"Now, this would be a testimony to industry versus art?" I asked.

The art is left up to your own interpretation.

Around the corner, there's yet another mural. This one wasn't as hard to figure out.

'The Otter' was painstakingly painted by an artist from Belgium; each hair on the otter done by spray paint.

Another block down, I'm introduced to the most colorful mural yet. It was created by a Brazilian duo.

"They were so friendly and lovely. They stopped and talked to everyone," Kolberg said. "This is really one of those you can come look at and see something new everytime."

So, what exactly is going on in Fort Smith?

It's a mural festival that began six years ago and it's called, 'The Unexpected.'

There is a bit of irony in that name because, according to Steve Clark, it was very intentional.

Steve Clark helped get it started with financial muscle from donors and his corporation, ProPak Inc.

"We called it 'The Unexpected' because we wanted to give people this unexpected surprise that when they come to Fort Smith, they would be shocked and amazed by the quality and the caliber of the public art we have," Clark explained.

Anna Maria of Puerto Rico was another artist featured in Fort Smith's murals. She was the first female artist invited to 'The Unexpected,' and possibly the most popular.

"People will bring lawn chairs, sit their lawn chairs up in the parking lot or on the sidewalk, and watch for hours," Kolberg said.

Ana Maria loved it so much that she moved to Fort Smith for two years to teach art.

"If you can imagine a man on a boom lift, in between the two towers with trucks running in and out of the grainery, 24 hours, seven days a week," Kolberg explained.

Mr. Gene, who worked for decades at the feed mill, watched his portrait be painted on the silo where he'd spent his entire career.

"This isn't something we've started, this is a legacy we continued," Clark said. 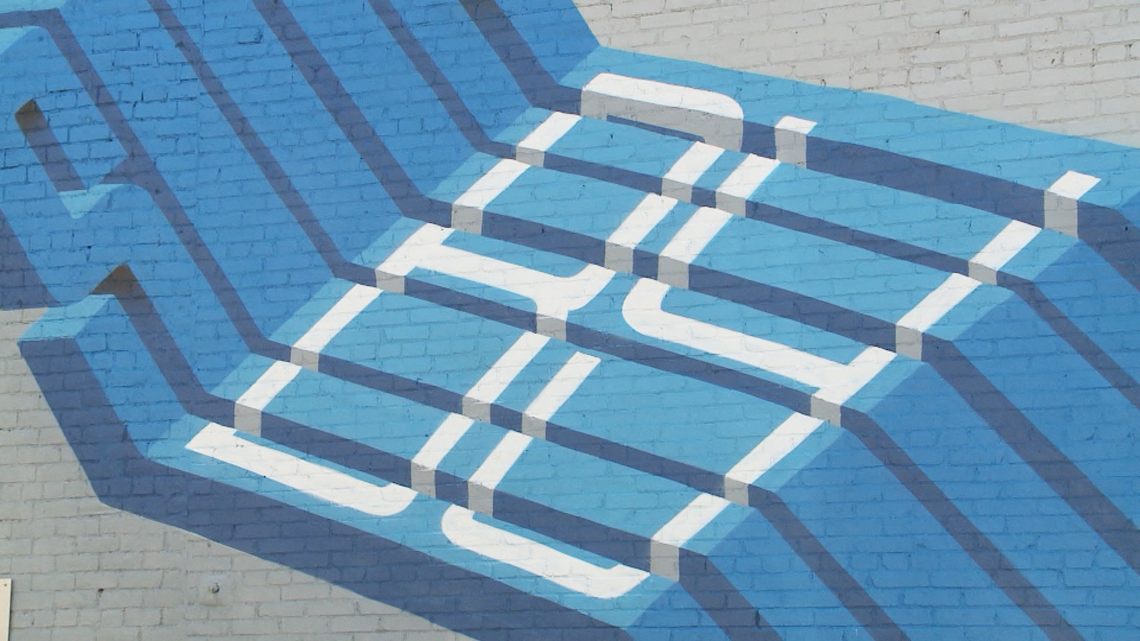