Driving with drunk goggles: The reality of sober vs. drunk driving

THV11's Ashley Godwin put on "drunk goggles" and found out what it's like to get behind the wheel with an illegal blood alcohol concentration limit. 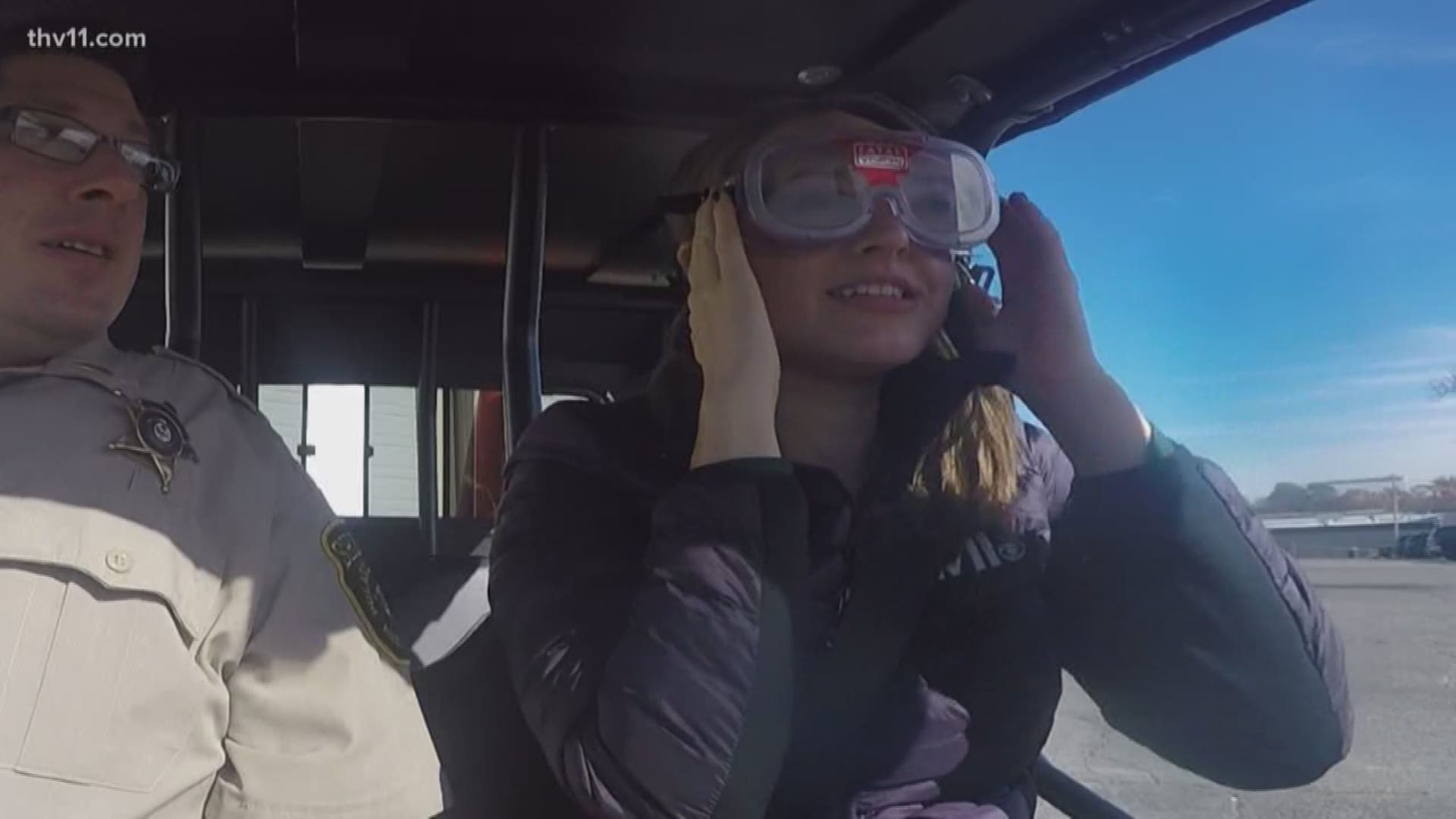 LITTLE ROCK, Ark — Every year, law enforcement agencies warn people about the dangers of getting behind the wheel when you are drunk.

THV11's Ashley Godwin and Lt. Theodore Haase with the Pulaski County Sheriff's Office decided to put the numbers to the test with "drunk goggles" that simulate a person's vision when having a .12 Blood Alcohol Concentration.

"It's all dependent on the person; male, female, body weight. We don't recommend driving if you had anything to drink at all," said Lt. Haase.

Before putting on the goggles, Ashley started a control run on the driving course to see how she drives without any impairment or distraction.

But while driving the course with the goggles, Ashley hit several traffic cones.

However, as Ashley finished the course, the numbers weren't so funny.

She scored a 10/10 when she tested the course without any impairment, but Lt. Haase said she drove a 3/10 with the goggles. She would have gone to jail if he had pulled her over in reality.

"Yeah, I definitely would have noticed that. You know we are looking for any indicators -- people not staying in their lane, people driving drastically under the speed limit, swerving, and not using turn signals," said Lt. Haase.

Ashley also tried to do a sobriety test with the goggles. She did not pass any of the test.