Mark Schommer lost his wife in September. Before heading out with the family to cut down a tree, he asked her for a sign. Boy, did he get it. 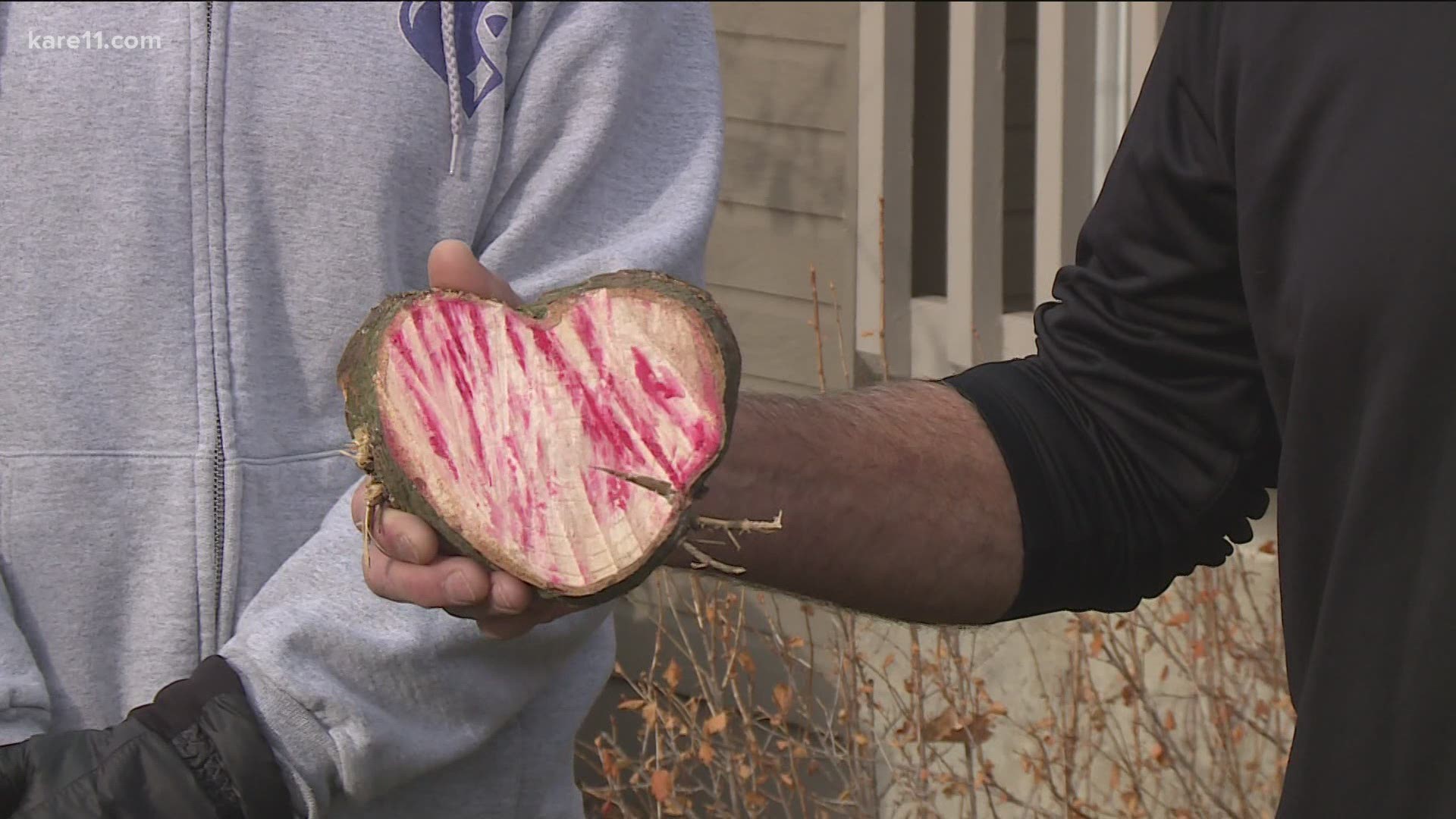 “One of those things, you wish you had more time, more time to spend,” says Mark Schommer.

Mark lost his wife Patti to Alzheimer’s in September. They have four kids and eleven grandchildren. This holiday season, you can imagine, will be very hard, especially since Christmas was their thing.

“Married in ’79, finally had our first baby in ’83, but that's when we started going to Goldenman Christmas trees," says Mark.

The Schommers have gone to Goldenman Christmas Trees in Zimmerman year after year, tree after tree. And now the kids even take their families to Goldenman. So, when it came time to head out this year, you can imagine, it was emotional.

“Thought about it a lot the night before and lot of conversations with my wife that night,” says Mark.

Mark is apparently notorious for searching and searching for the perfect pine. And even with a heavy heart, he didn't give up. And in those conversations with Patti, Mark asked for a sign.

There it was. The shape of a heart. And the red saw blade used to cut it down left its beautiful mark on the heart too. The Goldenmans told Mark, in 40 years, they've never seen the base of a tree shaped like a heart.
And they even let him come back to dig out the stump.

Mark says he plans to turn it into art and hang it on the wall.

And while Patti will still be missed intensely, there are a few earthly hearts, a little less heavy, as Christmas came early for them this year.

You can visit the family's Alzheimer's donation site, here.