For five years, Reginald L. Jones was waiting for a kidney and last week, he finally got one. 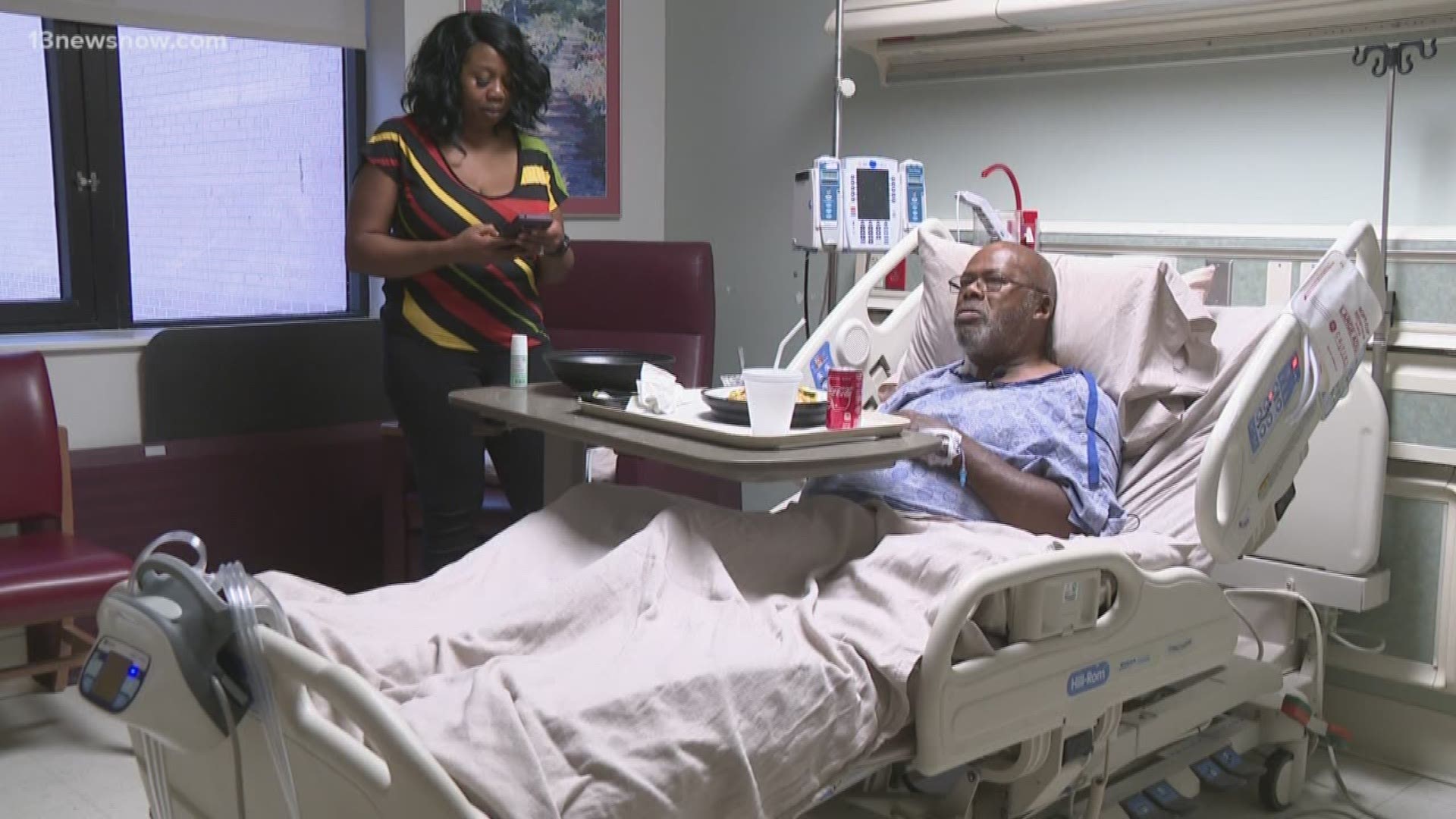 NORFOLK, Va. — For five years, Reginald L. Jones was waiting for a kidney and last week, he finally got one.

His daughter, Jordeen Lemon-Garcia's dad, said Jones has been patiently waiting for so long and the family is relieved they're finally through with the transplant.

"They called me at work. It was between him and the nurses at the kidney transplant, 'Hey! We need him here at 12:30' and I'm at work like, 'What? For what?' and they said 'He's getting a kidney,'" said Lemon-Garcia.

For years, her dad had stage 4 kidney failure and dialysis became a part of his routine.

"Monday, Wednesday, Friday...four and a half hours," said Jones.

"I just hope I can keep my life going," Jones told 13News Now.

A father and daughter pair this close, to keep it going means to keep moving forward together. Lemon-Garcia is happy to have this happen, so she'll have her dad when she'll really need him next week.

"I told the nurses he has to be ready by October 11 to walk me down the aisle," she said.

"I hope I can walk down there. Not her pushing me, but walk," said Jones.

He's aiming to walk her down the aisle at her wedding, at least he'll try his hardest, but, if he must, Jones said he's okay with using a walker too.

"I'm truly blessed for him to actually get a kidney and I thank whoever donated it. So, thank you," said Garcia-Lemon.

So, after waiting five years, what's a few extra minutes for a memory that'll last a lifetime?

"It might take a little while but I'll get there," said Jones.

According to the National Kidney Foundation, the average wait is 3 to 5 years.

The 'Health Resources and Service Administration' said the kidney is the organ most people are waiting for.