Getting access to the internet is easier than ever for kids these days, and for parents, it can be difficult to know exactly what they are doing online. 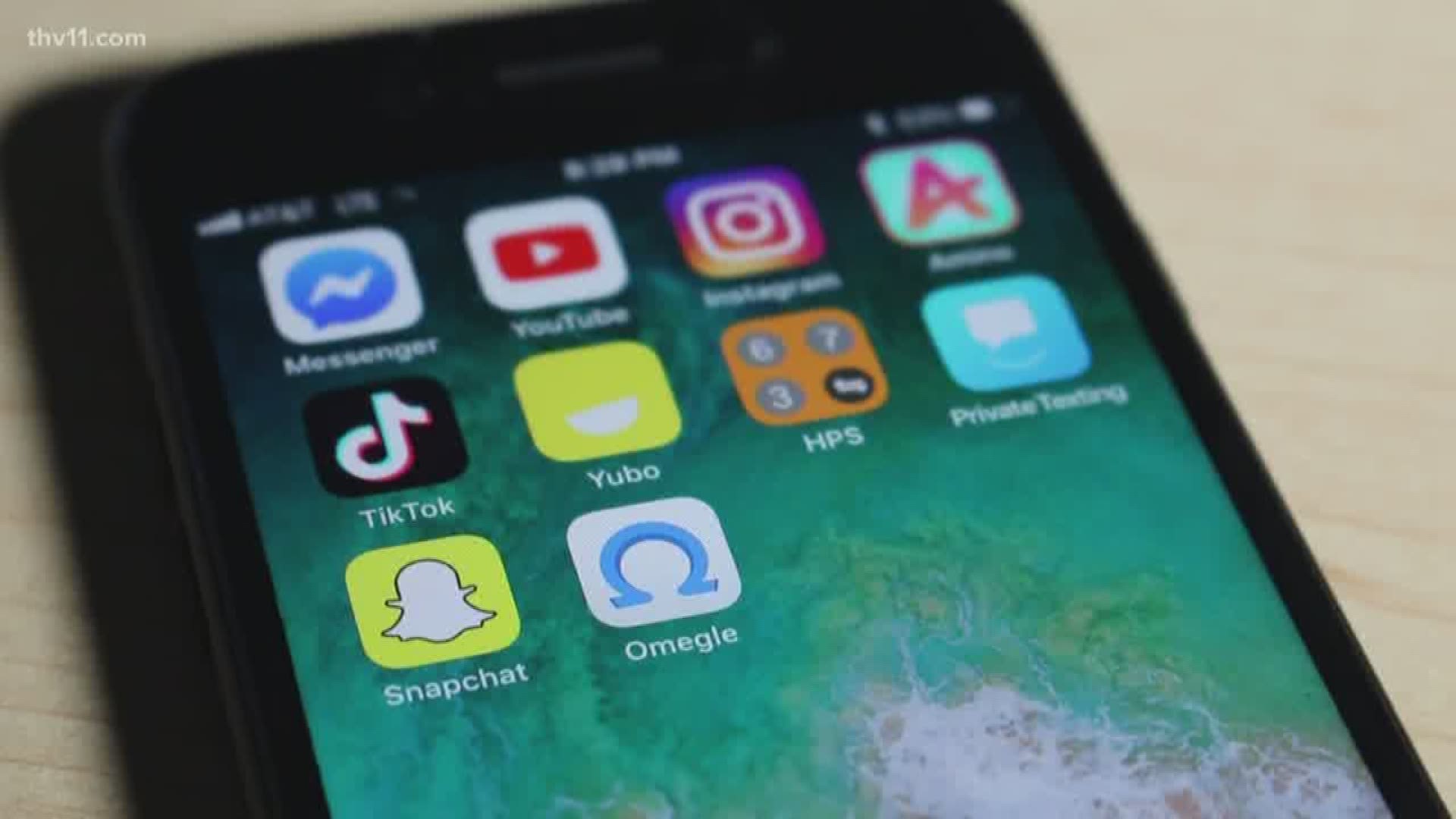 LITTLE ROCK, Ark. (KTHV) – Getting access to the internet is easier than ever for kids these days, and for parents, it can be difficult to know exactly what they are doing online.

With devices like iPhones and Androids, iPads and laptops, children can log onto the internet whenever they want to. Lisette Yang is a forensic interviewer and outreach coordinator at the Children’s Protection Center of Arkansas and she said if kids are not being monitored, it is likely they are looking at something they aren’t supposed to.

“Some parents, I think they are afraid of really monitoring their kids because they have a friendship relationship,” Yang said. “If you have a child, even a kindergartener that has a device, most likely they are seeing inappropriate content.”

Yang deals with kids on a daily basis. She said many of them admit to looking at and doing things they are not supposed to when mom and dad are not looking.

“If you have a child, even a kindergartener, that has a device, most likely they are seeing inappropriate content,” Yang said. “I just talked to a detective yesterday that said they had a teenager who had over 30,000 [inappropriate] pictures and 750 videos and the parents have no clue.”

Yang said she works in schools to educate kids about the dangers of the internet. She said often children do not know they are producing videos and sending them to someone they do not know.

“Like Fortnite, they can be contacted by their online friends that they think they’re friends but it can be an adult pretending to be a child and they start getting into inappropriate conversation,” she said. “They can offer them points to advance in their games in exchange of a photo.”

Yang said parents need to check up occasionally on apps like Facebook, Instagram and Twitter. She said to check your child’s direct message page and to make sure their profile is set to private. You should also check their follow lists to make sure someone is not following them that is not supposed to.

But Yang said there are more apps you need to be aware of. The following made the list of the most dangerous apps of 2018:

Yang said the most dangerous app kids are using these days is Omegle. It is an online chat forum where two people can chat through messages or video.

"Omegle is a very dangerous one because that one is actually well known to be used by sex offenders,” Yang said.

Shun Turner is a cyber supervisor for the Little Rock FBI who worked in human trafficking. He said he saw too many kids posting too much on the internet where they became a target because there is too much information out there.

"Sometimes it’s like ‘I'm sending this to my boyfriend!’ You can't control who they send it to and what they do with that information,” Turner said.

Turner said parents need to have open conversations about the consequences of social media.

"Once you post something on the internet, it’s out there. You can't get it back,” Turner said. “Unfortunately for [the FBI], that leads to them being a position where they fall in the crevette of human trafficking.”

“If you an administrator that means you can download stuff, and if you’re not then a lot of time you can prevent from downloading malicious content,” Turner said.

Apple also has its own free Family Sharing feature, where parents can receive an alert when their child attempts to download an app. Apps like Mama Bear and Mobicip are recommended parents use, too. Yang said these apps usually have to be downloaded on both phones. But if your child tries to delete it, you will get a notification. They still can't track everything, so it is important parents check in periodically.

"It tracks everything, the phone activity for how long the phone's been on, the type of usage, photos, texts, e-mails,” Yang said.

Educating kids about the dangers of the internet is also being taught in schools. Community outreach specialist Maria Hoskins said the FBI has started programs in schools to educate kids.

"We have ‘Think before your post.’ It recently released last summer. It keeps them from posting something that might cause them harm or get them in trouble and we don't want that,” Hoskins said.

Six Arkansas schools are also signed up for FBI – Safe Online Surfing. It’s a free school-based internet safety program that offers tips to kids while they are young. Hoskins said she wants more Arkansas schools to get on board.

“That’s why the programs [Hoskins] talked about are so key and so vital. If you can teach them when they’re young then hopefully that stuff sticks with them.” Turner said.

But making sure your child is safe online starts at home.

"Don't just put a computer in front of them and just let them stay busy…talk to them,” Turner said. “If they see something inappropriate…show them the back button.”

Turner said if parents suspect their child is engaging in a cybercrime, they can report it to www.Ic3.gov.