Black Angus opened in 1960 by Oliver Harper and two friends. They opened Lido's Cafeteria, the first Arkansas chain of Tastee Freeze, and even began Minute Man. 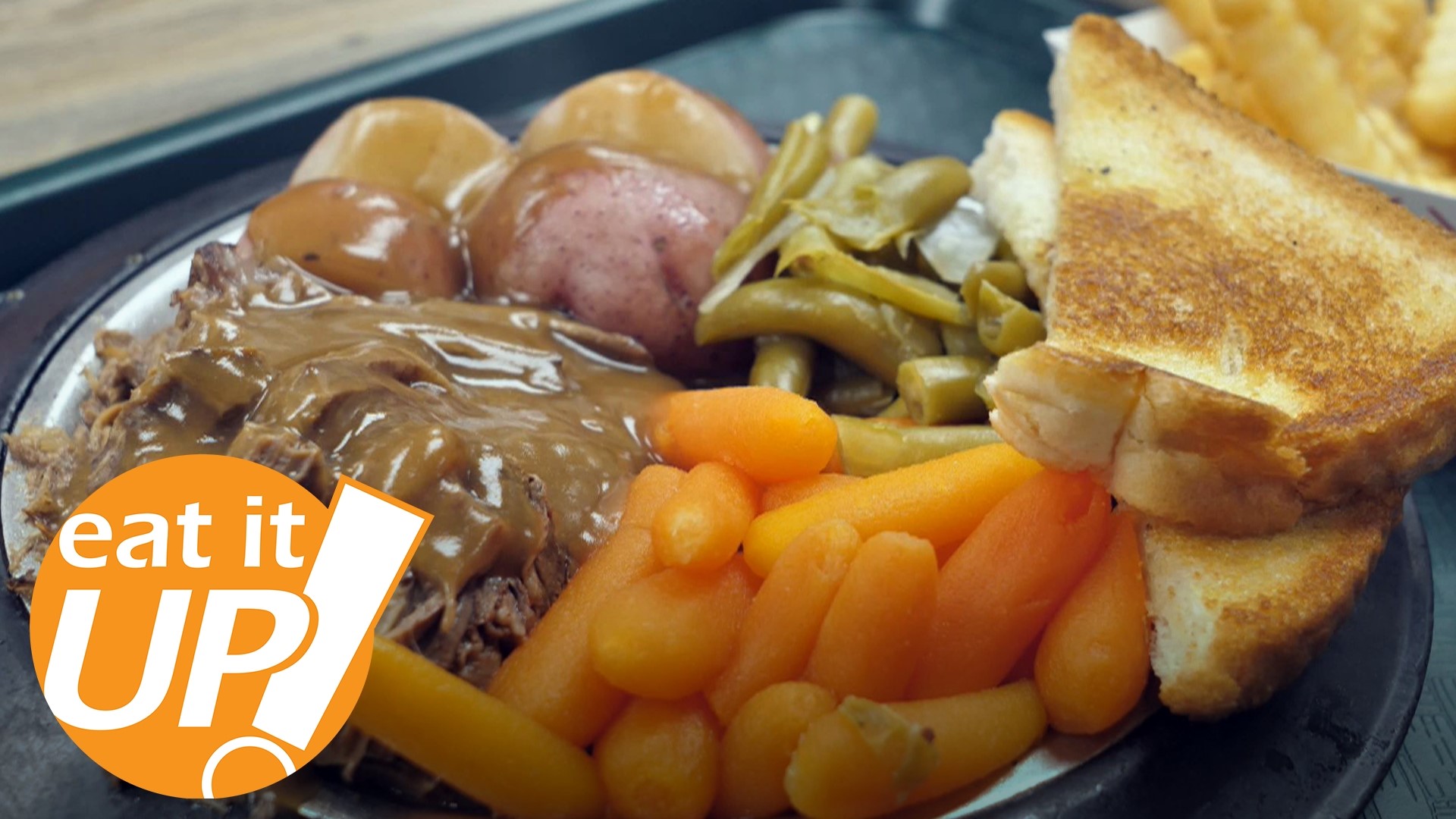 LITTLE ROCK, Ark — When Black Angus lost their lease in 2019, customers came to the rescue making calls and doing anything to save the restaurant.

It worked and Black Angus came full circle back to their original location across from War Memorial Stadium. They said it was the best thing that could have happened to them.

1.) Black Angus opened in 1960 by Oliver Harper and two of his friends. They opened Lido's Cafeteria, the first Arkansas chain of Tastee Freeze, and even began Minute Man. They eventually decided to sell Minute Man but Harper regretted it, so when they opened the Black Angus Restaurant in 1960, they sold classic Minute Man items like radar pies for 20 years.

2.) With a name like Black Angus, you know they take their beef seriously. The hamburgers are chargrilled, topped with fresh vegetables, and skewered with a toothpick, the way they have done them since opening in 1960. The burger is full of smoky flavor and can be ordered by itself or in a combo with fries and a drink. The steaks are hand cut and charcoal grilled as well.

3.) A unique aspect to Black Angus is their drive through window which has been great during the pandemic. There aren't many places in Arkansas you can drive through and get a T-bone or ribeye steak hand cut and cooked to order!

4.) While meat is king at Black Angus, they have extremely popular daily specials like stir-fry, pot roast, meat loaf, and more.

5.) They also serve homemade desserts and are known for their addictive cheese dip! It's similar to the old Mexico Chiquito cheese dip but it's their own unique style.

Amanda: I loved the ribeye, and their baked potato was dynamite!

Skot: I also loved their baked potatoes. They are so fresh!