From shed to storefront, Cheesecake on Point’s name says it all

Before 2016, Matcha Norwood had never baked a day in her life. Now, she's known for making some of the best cheesecake in Arkansas! 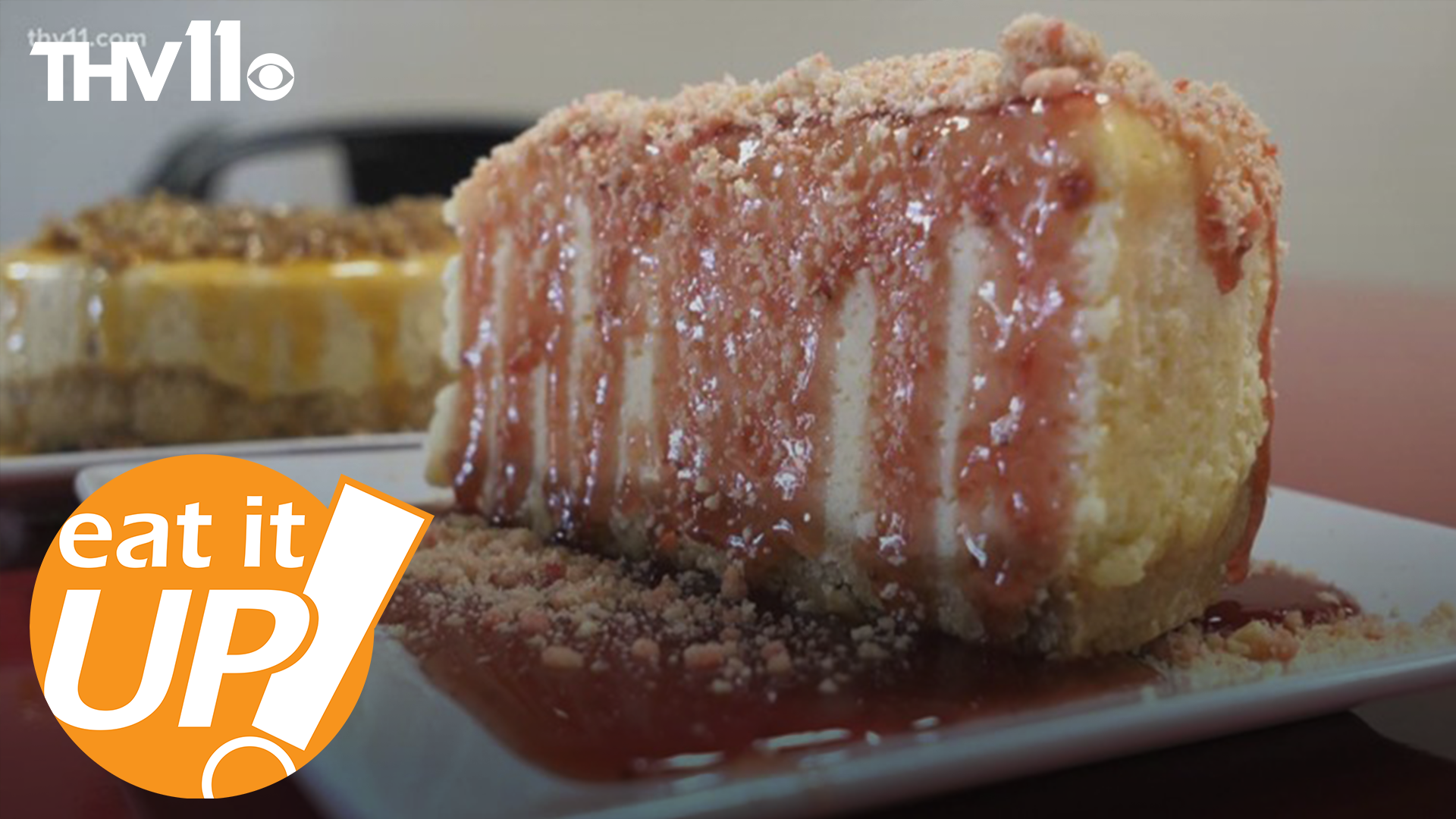 LITTLE ROCK, Ark. — Matcha Norwood has an incredible story. She went from selling thousands of cheesecakes out of a little shed to having her own storefront.

In fact, you may have had some of her desserts without even knowing it, as she provided desserts for Shark's Fish and Chicken and Yellow Rocket Concept restaurants.

Here are five interesting facts about Cheesecake on Point!

Amanda: "Get the cheesecake cupcakes! Then, you can try multiple flavors and find your fave!"

Skot: "Brown Butter Pecan is a favorite for a reason. You can’t go wrong with it!"

For more info on Cheesecake on Point, visit www.cheesecakeonpoint.com!