The unofficial landmark of Redfield is orange! Mammoth Orange has been around since 1966 and is still run by the same family! 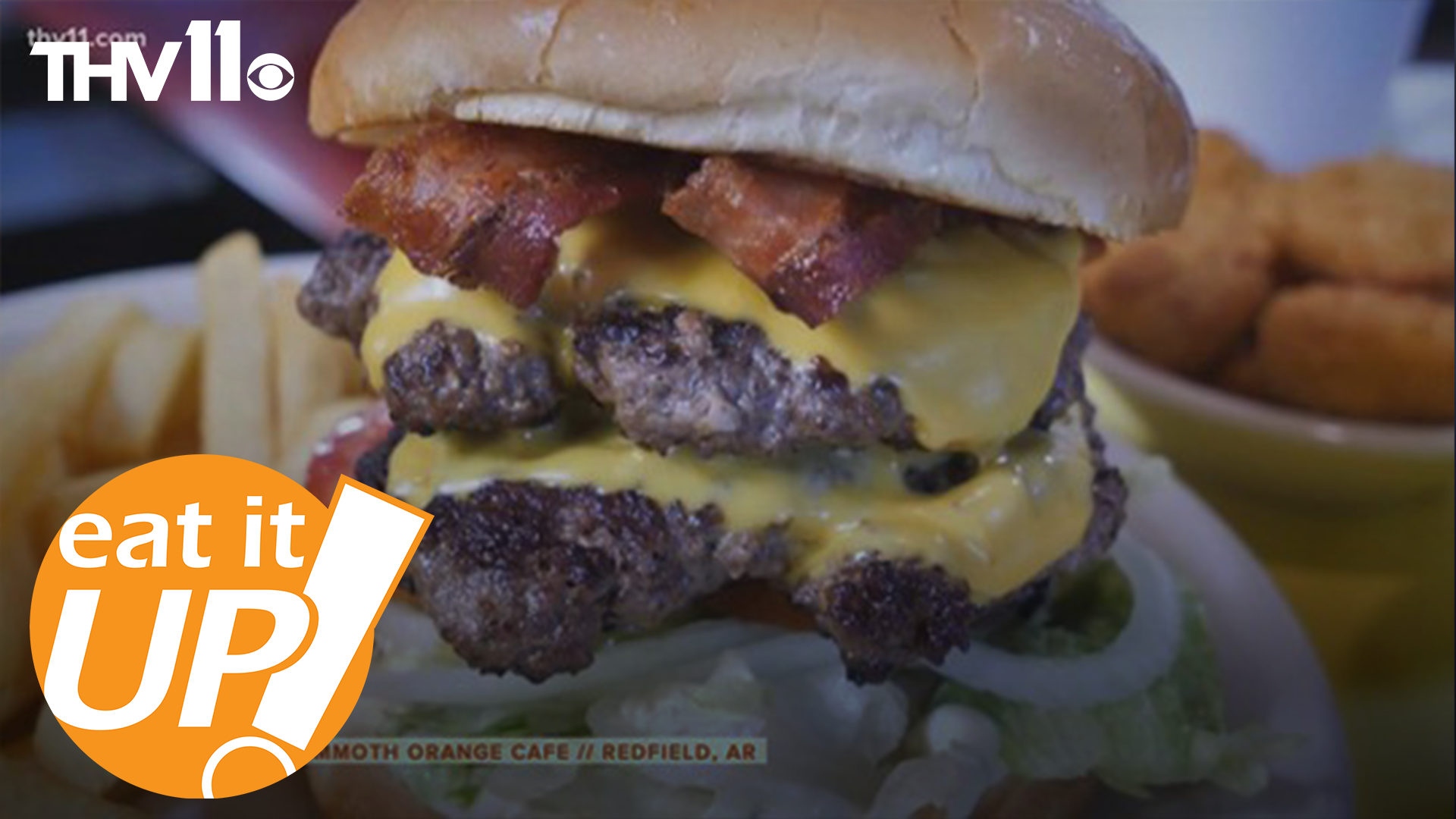 REDFIELD, Ark. — The Mammoth Orange has been around since 1966 and it has stayed around because the family focus and delicious food make it a community staple!

Here are five things to know:

1.) The unique orange dome design was inspired by another giant orange restaurant chain in California in the 1950s. Mammoth Orange Cafe in Redfield even originally served fresh orange juice like the California stores. The owner's goal was to take the unique style, but make the cafe their own. Redfield's orange is the only one still operating in the U.S.

2.) Mammoth Orange Cafe has always been owned by the same family from grandparents to the now adult "kids." Ms. Ernestine Bradshaw ran the restaurant until her death in 2007. Her daughter, Cynthia Carter, took over until she passed away in 2017. Cynthia's sons now run the store. Fun fact: the sons are engineers too!

3.) Uniquely, Redfield's Mammoth Orange expanded in size to include sit-down dining. They keep their outside dining strong, though, which has helped in the pandemic. Six bolted down stools surround the front of the orange and there’s an ordering window where people can order and receive food.

4.) With more space in the dining room and kitchen, the menu has naturally grown. They are known for big burgers with high quality meat, but they also have an extensive breakfast menu, dairy bar, and an extremely popular catfish menu on Fridays.

5.) This place is like taking a step back in time and much of the history covers the walls. Original written recipes and photos from decade's past are a must-see when you head inside to eat. Enjoy the nostalgia!

Amanda: "That banana milkshake is made with fresh bananas and paired with a burger and fries, you can't go wrong."

Skot: "Don't forget to grab a side of their amazing corn fritters!"

For more information on the cafe, visit their Facebook page!