Not only does U.S. Pizza make all of their pizzas from scratch, but they're also famous for their house salads and homemade dressing! 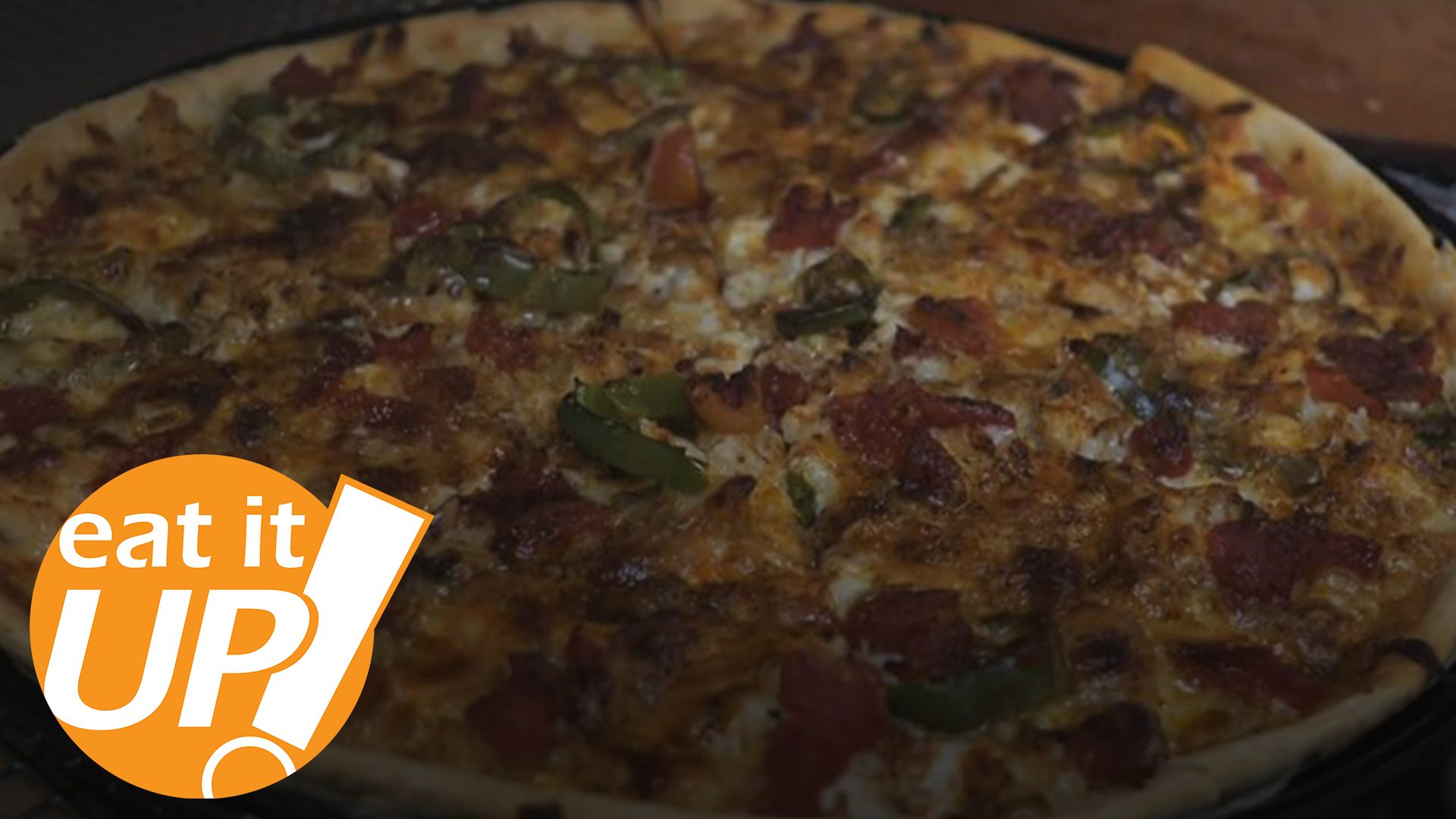 LITTLE ROCK, Ark. — Eat It Up is back! And for the next month, we'll be focusing on outdoor dining spaces.

We start with U.S. Pizza in Hillcrest!

1.) It all started in 1972, when owner Judy Waller opened her first U.S. Pizza Company in a burned out clock shop in Levy, AR. Now, 15 stores and decades later and it's still a central Arkansas staple.

2.) While they are famous for their pizzas, many people love their fresh salads and house dressing, too! They are known for big salads that fill your plate.

3.) Their pizza is unique in that they make all their thin crust pizza from scratch when you order it. No floppy slices!

4.) Their Hillcrest location has one of the best patios in town and it's dog-friendly and equipped with outdoor heaters for cooler days.

5.) One of the most popular pizzas there, Dave's Favorite, is named after one of their longtime customers. People fell in love with his random concoction of flavors and kept asking him for the ingredients. Eventually, they just put it on the menu and it has been a staple since.

Amanda says to ask for an extra side or two of their house dressing. You won't regret it. Dip your pizza in there and enjoy!

Rob says to ask for an extra pizza while you're at it! You can't get enough!