Boba originated in Taiwan in the '80s and then was popularized in China, Hong Kong, and now in the United States (including Arkansas). 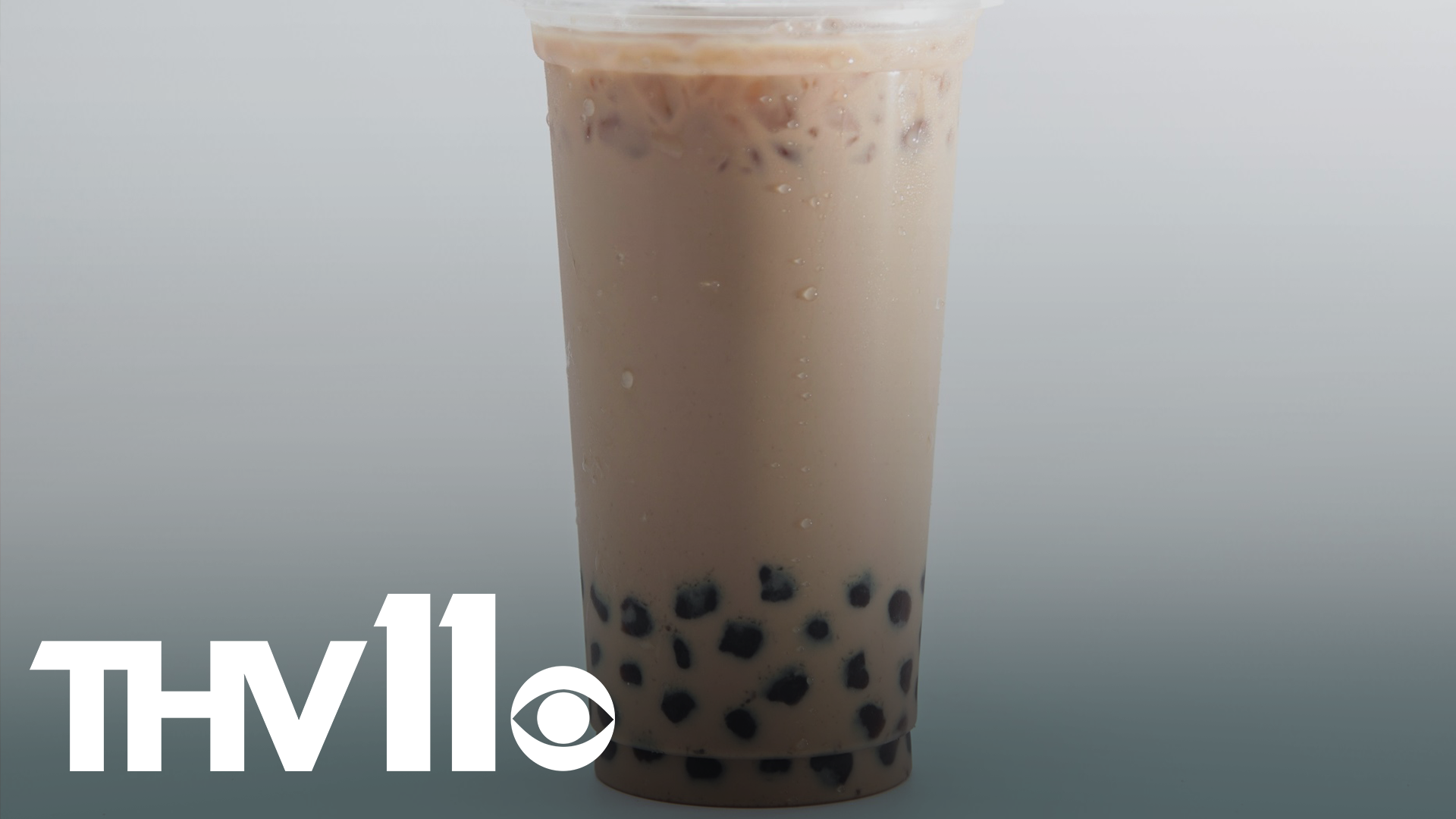 LITTLE ROCK, Ark. — We all know about milk and tea but what about bubble or boba milk tea? Ever heard of it?

It's a classic drink from Taiwan that's been popular since the '80s but now it is booming all over Arkansas.

What is boba? Rebecca Yan, General Manager of Three Fold in Little Rock, said she gets that question a lot.

What does it taste like? Yan describes it as chewy and sweet.

"It's much like sesame balls or mochi and it's similar to sticky rice," she said.

It even requires special straws.

"You have to have the fat straw," she said.

Yan has been drinking boba tea since she was a kid. She said it originated in Taiwan in the '80s and then was popularized in China, Hong Kong, and now in the United States (including Arkansas).

"It's such a culture in Asian countries and it's almost like when you go to an ice cream shop here after school or before school in the summer," she said. "You can skip the ice cream and go get a boba tea."

Yan loved it so much that she felt it could be successful as a menu item at Three Fold so she added it when they opened a few years back. She was right. It has been a hit. Now, the bubble tea industry is expected to grow by almost $2 billion to a whopping $4.3 billion by 2027.

"There's recently been this huge growth in popularity and growth in sales for us really among the younger kids here," she said. "It's cool to drink boba."

Flavors abound from boba shop to shop. Many sell everything from a classic milk tea like Three Fold serves to fruity flavors that taste like dessert. Demand is so high, Three Fold added boba tea on tap and is selling DIY boba kits and growlers.

"We've always had a few shops that sell it but now you really see its popularity growing," said Shalin.

He said it's not only the tea but the experience that gives it an edge.

"It's a fun experience where you can go out with friends and get a few boba teas and hang out," he said. "I think that's one of the reasons why it's gotten so popular in this area."

Shalin said the boba trend is likely not going anywhere and he expects it to keep growing. He said more local restaurants are adding boba tea to their menu and new boba shops are likely to pop up.

"I imagine that we're going to see one or two more boba tea shops in this area, maybe out west where they don't have one yet," he said. "Maybe even in the downtown area, too."

Sonic and Dunkin' Donuts even added their own style of boba drinks to their menus. Sonic calls them "bursting bubbles". They are similar to classic boba but full of flavors.

Three Fold is also introducing new "popping boba" tea flavors as the demand increases. Their "popping bobas" have flavors inside can be added to drinks like cold brew jasmine tea or even shaved ice. Flavors range from mango to passion fruit or strawberry.