Lawyers for Charles Starks added more evidence to the record. They say the shooting of Bradley Blackshire didn't merit firing. 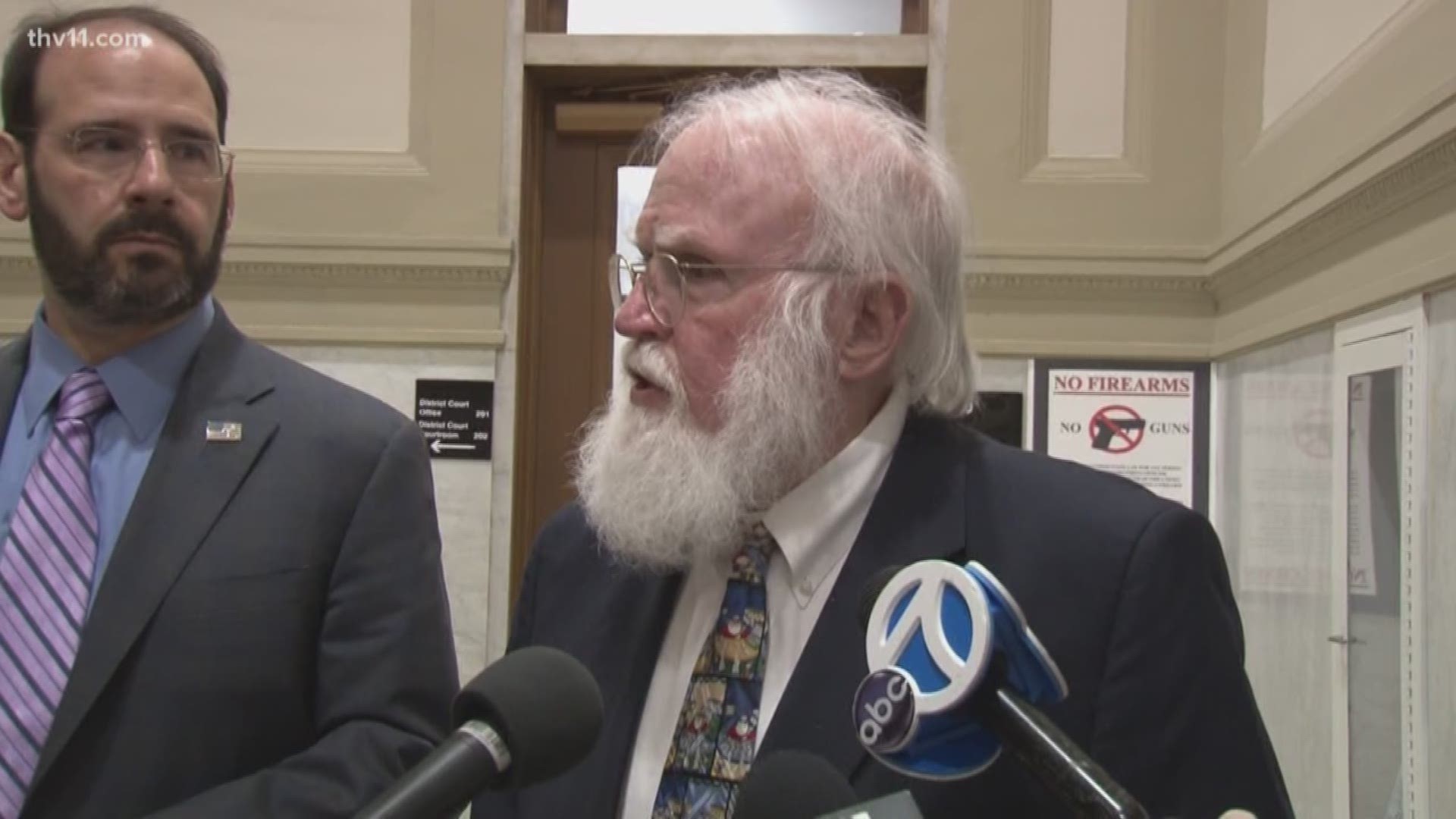 Instead, they managed to add important opinion testimony they say adds another piece of evidence that Starks acted appropriately when he shot and killed Bradley Blackshire as he tried to pull away in a stolen car.

"We're up to about 150 and 175 years of police experience with the Little Rock Police Department saying 'wait a minute, what happened he shouldn't have been fired for," said Robert Newcomb, one of two lawyers making the appeal before Pulaski County Circuit Judge Tim Fox.

Little Rock Police Chief Keith Humphrey sat two seats away from Starks before and during the hour-long hearing. Humphrey made the call to fire the officer after he shot 16 times on the rainy Friday morning after partially blocking Blackshire's car in a parking lot near the intersection of Kanis Rd. and Rodney Parham.

Prosecutors cleared him. Starks' supervisors excused him, but Humphrey and the civil service commission say he violated department policy by stepping in front of Blackshire's car and not in another direction.

The commission upheld the chief's call after a 15-hour hearing in September. Starks' next step was to appeal that decision to circuit court.

"The only police administrator that says he should have been fired was the police chief at the request of the mayor, in my opinion," said Newcomb.

Blackshire's family and supporters say the incident is the latest example of a white officer killing a black person. It took place a few weeks into the new term for Little Rock Mayor Frank Scott Jr.

Both at the hearing in September and in the 1,000+ pages of evidence turned over to Judge Fox, Starks has suggested the newly elected African-American mayor pressured his hand-picked African-American police chief into the termination despite recommendations to clear Starks throughout the chain of command.

Judge Fox announced to the court gallery that Tuesday's proceeding would be brief. In chambers before opening court, Fox said he was allowing testimony from Assistant Police Chief Alice Fulk from September where she didn't believe Starks should be fired.

Lawyers also said video evidence and autopsy reports were added to the case file. They hope to convince Judge Fox, who considers all the evidence anew, that Blackshire prompted the shooting by his actions in a short time-frame.

"To say...that [Starks] should have had all the time to evaluate these other options and then make a decision," said Lance LoRusso, another attorney for Starks. "If he had done that, we would have buried a police officer that day."

In the brief testimony that did take place Tuesday, retired internal affairs detective James Stephens, who led the inquiry into the shooting, offered his opinion of how Starks should have been punished.

"I thought he should have received a 10-day suspension and some retraining," he said, eliciting gasps from Blackshire's family and supporters.

In September, Stephens said he concluded Starks made an error in his movements that placed in front of the moving car, but his opinion on sanctioning those actions was never entered into the record because he was not a supervisor in Starks' chain of command.

That decision is expected after the holidays and wanted legal briefs from both sides by December 20.