On Saturday, June 15, eighteen men and women in Little Rock will fulfill their dream and obtain their high school diploma. 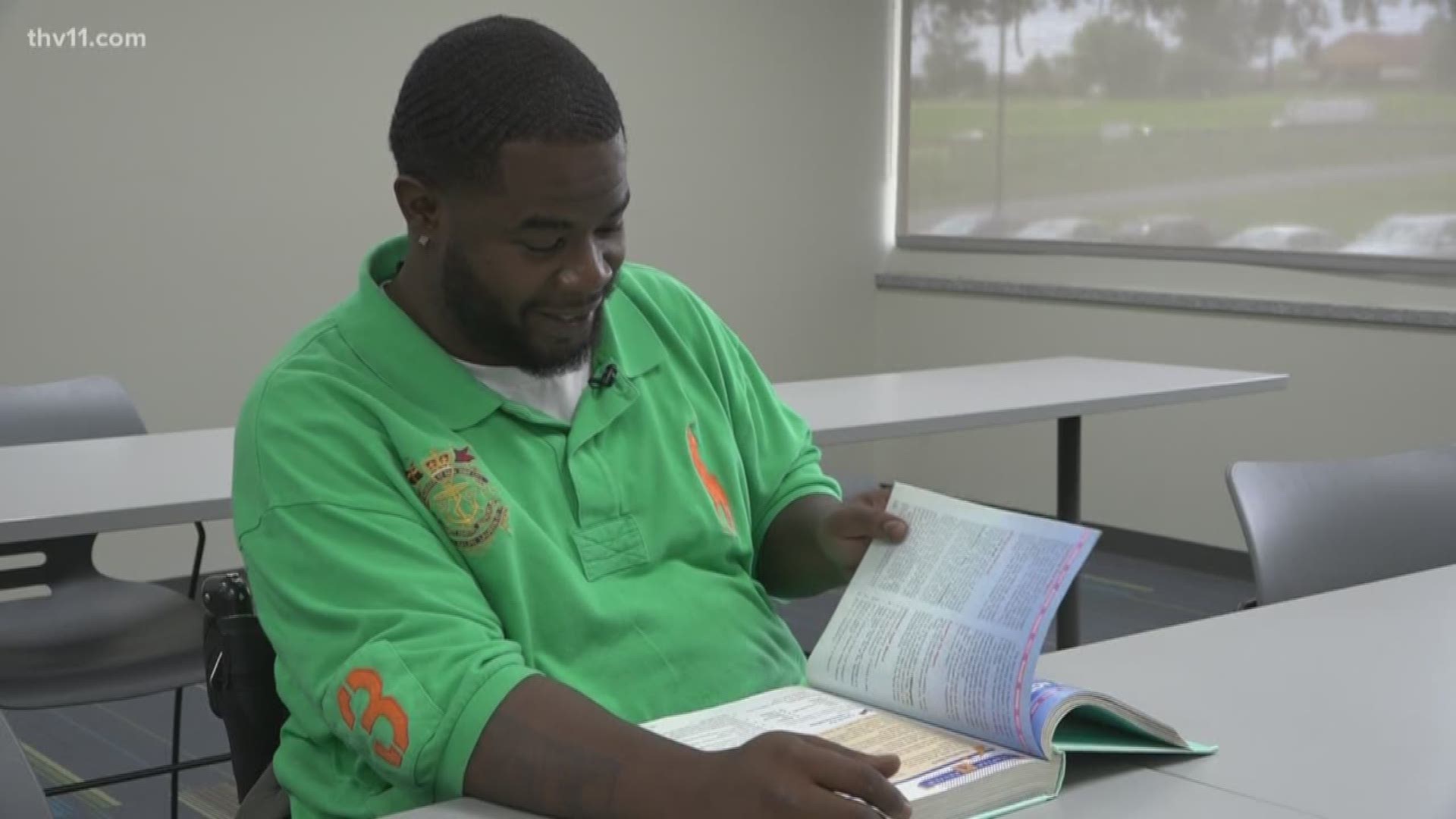 LITTLE ROCK, Ark — On Saturday, June 15, eighteen men and women in Little Rock will fulfill their dream and obtain their high school diploma. They will graduate from the Excel Center, the state's first high school for adults.

One of those students made an unlikely move from a life of gangs to graduation.

Avery Jennings may not look like your typical high school student and that's because he's not.

On Saturday, he'll graduate from the Goodwill Industries Excel Center in Little Rock, a tuition free school that provides adults with a second chance to earn a high school diploma.

“That’s what we’re about. Offering second chances and giving people the opportunity that they may not have had or they may never had,” said Life Coach at the Excel Center, Courtney Jackson.

“When I turned 31 that's when I got paralyzed. I got shot,” Jennings said.

Jennings lived the past 8 years of his life in a wheelchair, after being shot multiple times outside a club.

“He tried to fire the gun twice at my head and when the gun didn't fire that's when I took off running and he shot like 8 times. It was like boom, boom, boom. I could feel the shock waves going through my body,” Jennings said.

Before the shooting, Jennings life was consumed by drugs and gangs. It was a life he turned to after his sister died from diabetes when he was in the 11th grade.

“I wasn't going to school. I was using drugs. I was selling drugs and I was just hanging with the wrong crowd,” Jennings said.

It took him almost losing his own life to learn how to live again. After watching his own kids graduate, Jennings said he knew he needed to make a change.

“That was more motivation for me to come and go through everything, weather the storm to be at the point I am at now,” Jennings said.

Jennings enrolled in the Excel center after seeing a story about it on THV11. A year and half later, he said he is looking forward to graduation.

“Coming back to school and getting my high school diploma was a fresh start and then my career can take off from here,” Jennings said.

For Jennings, this is a fresh start and a future and he is not letting anything hold him back.

“I may even cry a little bit, you never know! You’ll just have to com and see!” Jennings said.

This term's graduates range in age from 19 to 54. The Excel Center's next term begins July 15.

If you would like to learn more about the application process, call (877) 372-5151 or email excel@GoodwillAR.org.