Central Arkansas is rallied behind a 9-year-old boy. THV11 first told you about Louie Schneider on Thursday, Feb. 7. His body is failing him and he's in hospice care. 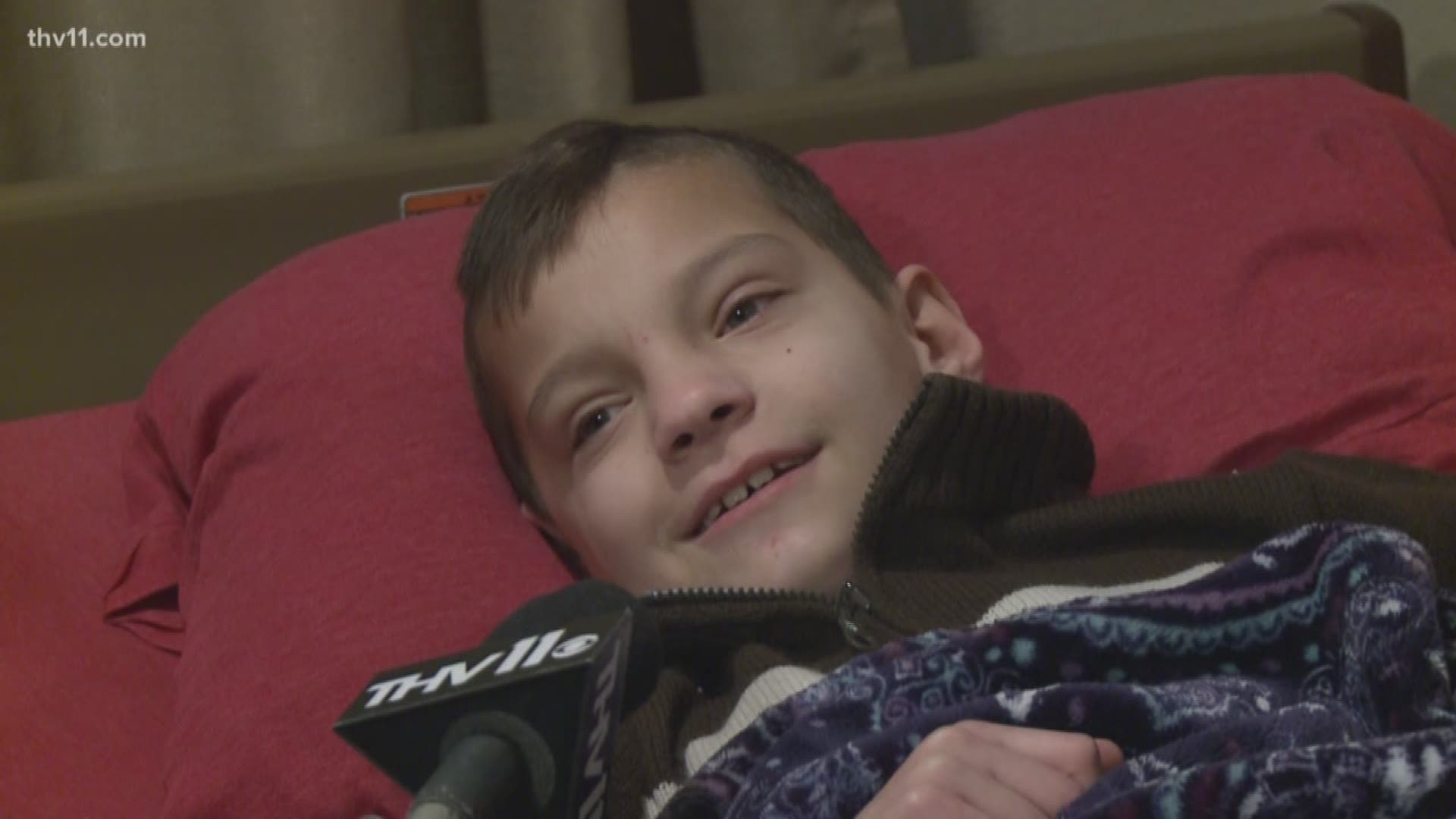 LITTLE ROCK, Ark. — Central Arkansas is rallied behind a 9-year-old boy. THV11 first told you about Louie Schneider on Thursday, Feb. 7. His body is failing him and he's in hospice care.

Saturday, Feb. 9, Louie received something many children can only dream of. An Arkansas law enforcement officer organized a parade just for him. He said he wanted to show Louie that he's a brave young man.

Louie doesn't get to leave his home. He has a chromosomal abnormality and is receiving hospice care.

But, he's choosing to fight with a smile on his face.

His neighbor is a law enforcement officer who would like to remain anonymous, but he wanted to do something special for him.

"I know how passionate he is about law enforcement and fire department and all that stuff," the officer said.  "And I reached out to his mom and asked if it would be OK if I brought a few of my friends over."

"I sent the email to about seven people, so I had no clue how many people would actually show up," the officer said.

Over a dozen first responder organizations met near Louie's home and paraded down his street, stopping to give him a wave or special gift.

"That is so amazing," Louie said.

It's a display Louie and his family will hold close to their hearts always.

He still hopes to cross four more states off of his list - North Dakota, South Dakota, Vermont, and Oregon.