David Williams started feeling sick March 16. It was last Wednesday, after being on a ventilator, that he was released from the hospital. 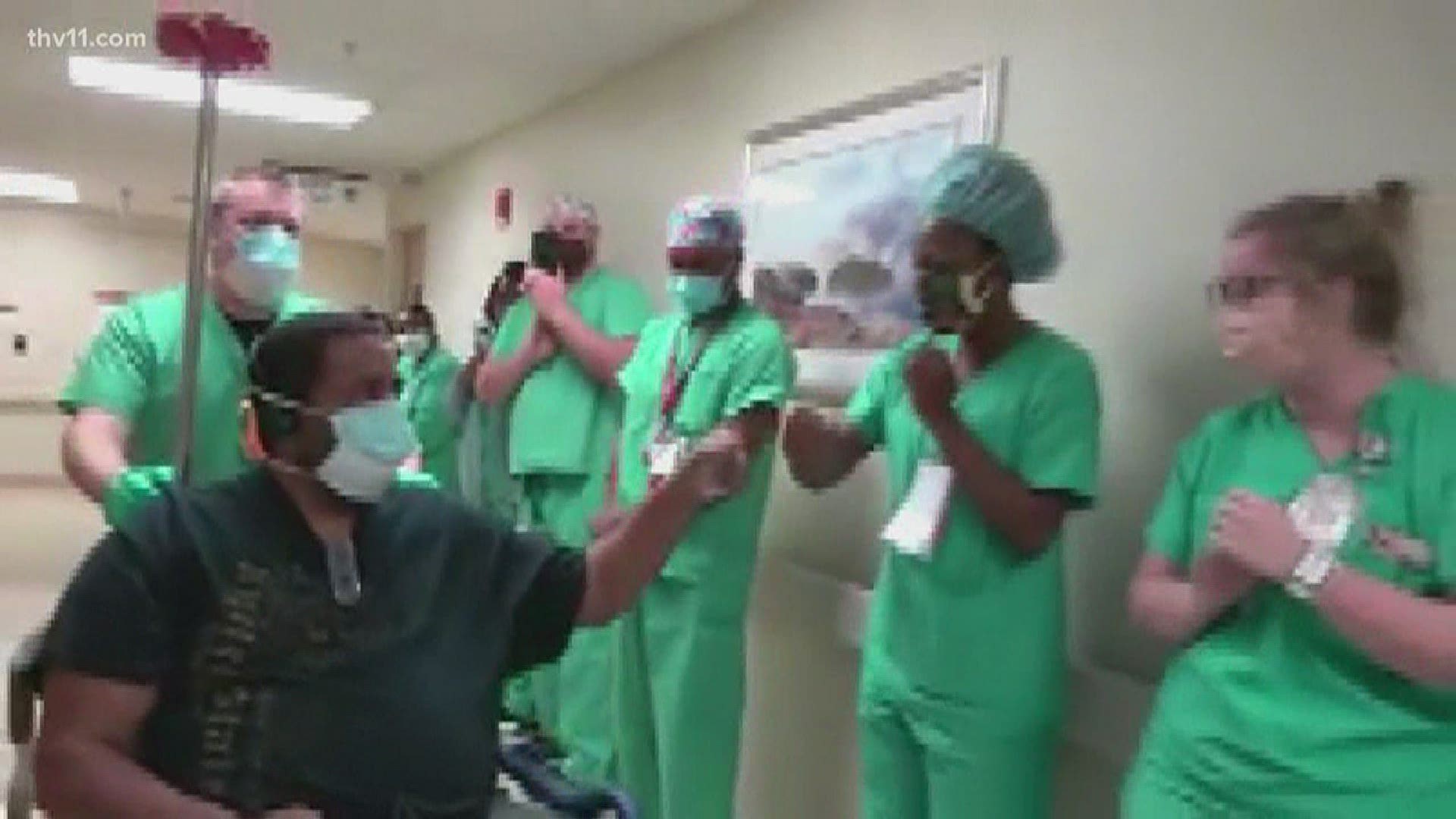 LITTLE ROCK, Ark. — One veteran's remarkable recovery is giving hope to Arkansans dealing with the most critical cases, that it's possible to pull through.

Doctors at the Central Arkansas VA hospital call this former Marine and UCA staffer a miracle.

David Williams started feeling sick on March 16. It was last Wednesday, even after being on a ventilator that he was released from the hospital.

Tonight, he tells me he's not sure how he survived COVID-19—or even where he contracted it— but he is very thankful to be alive.

"That's when I drove down and before I got out my truck, they went ahead and did my temperature. It was almost 103 [degrees] by the time I got down there. They went ahead and took me out of the truck and rushed me into the ICU. From there, pretty much everything is a blur."

The fact that 54-year old David Williams is alive to tell his story - is a miracle, doctors say.

It started as a fever, then a cough and a headache.

"I had lost taste of food. Food was just not tasting right, no matter how much seasoning you put on it. The only thing that tasted okay to me was fluids."

Williams, who had a history of high blood pressure, became dehydrated. That was about the time he got his test result back, with a positive COVID-19 result.

"It's lucky they called me when they did because we were probably working on hours or minutes at the time."

Within days, Williams was on a ventilator, and the percentage was low that he would ever get off.

"I was on a ventilator for 8 days. I think when they put me on a ventilator and saw how bad my lungs were, they gave me like a 15 to 20 percent chance of me being able to pull out of there."

But, Williams left the hospital Wednesday to the cheers of doctors, nurses, respiratory therapists responsible for his care and into the arms of his wife.

"You hear a lot of stories that don't make it off the ventilator and unfortunately die from the disease, this is a story of refreshment," Dr. Burns said.

"I believe it is a miracle. It was a lot of 'guesswork' because this is something new."

Williams said he wouldn't wish COVID-19 on his worst enemy.

"I can't be nothing but more than grateful for, again, all the prayers that were sent up, the awesome job that the doctors and nurses did down at the VA."