"No one can promise you that life will be fair, but if you keep your eyes on the prize everything will fall into place," Staton told CBS News. 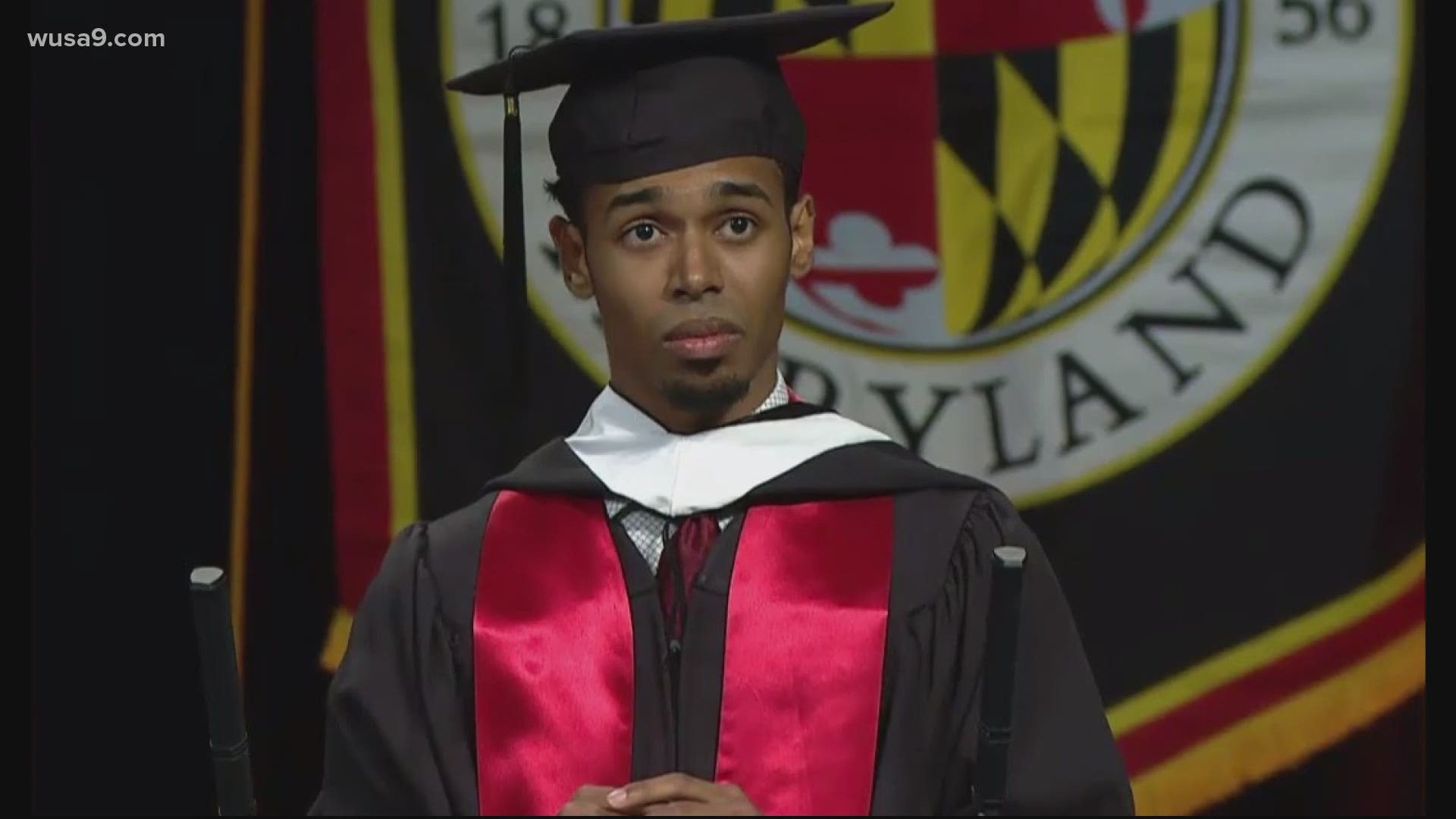 WASHINGTON — His original plan was to become a professional boxer, but that all came crashing down after an injury turned his dreams to another reality.

After a few obstacles, 24-year-old Bowie-native Rehan Staton is calling Harvard Law School his new home, according to a post on his social media.

Staton showed his excitement over the acceptance into Harvard in a reveal video on YouTube, but it is important to know his journey to understand why the moment was meaningful and important.

"I grew up in a pretty great household, initially - very privileged middle class family in private school until the age of eight," he told WUSA9.

That’s when Staton said his mother left the home and his family behind.

"It was just a very traumatizing experience," Staton explained.

Their stable household was shattered, he family struggled paying bills, and Staton’s dad was forced to raise two boys on his own.

"There were times where we didn't have food. There were times when the electricity was out consistently. I remember our HVAC system broke, and I remember going to school in the winter was super- like it was hard because I would have to get a jacket on it was cold," Staton described his experience. "Then, when I went to school I didn't perform well in school because I'm mad at the world. I'm sad. I'm mad that people just don't believe I'm a victim.

The Prince George’s County native made it through high school, but his grades and test scores were not good enough to get him into college.

"So, I opted to go work for a trash company -- a sanitation company. However, that's when things really changed when for the first time in my life, people who just want to embrace me for me being a young black man really uplifted me. They said 'oh, wow. You shouldn't be here you're too young. This is always gonna be here. Go do something," Staton said.

His brother made a decision that would change the trajectory of his life.

"He dropped out of school so I could go to school," Staton smiled.

He started off at Bowie State University in 2014, and two years later, transferred to University of Maryland, earning a history degree with a 3.84 GPA.

WUSA9 first learned about Staton back in 2018 as the UMD's student commencement speaker. He talked about how after graduating from high school, he got a job at a trucking company hauling garbage and painting dumpsters. With the support and encouragement from his coworkers, he was able to pursue his college degree.

Staton said he struggled in school and even had a teacher tell him he needed to be in special education classes.

He said after high school, he received rejection letters from every college he applied to and chose to be a sanitation worker to help his single father, who worked tirelessly to put food on the table for his family. He said he would wake up at 4 a.m. every day to work, head to class and then return to work to finish his shift.

"Thinking back at all the people that helped me, it's just failure wasn't an option," Stanton told CBS News.

Now years later, he's taking his story of triumph to one of the top law schools in the country.

"Life is not going to be fair at all, but we got to utilize the light that we do have and make the most of it. It might not even be a lot but if you see that little, little bit of light you got to hold on to it and make the most of it," Staton said. "I promise you, you never know what the next day brings, and I really hope that's what everyone takes away from it.

While Staton has received grants for school, they will not cover expenses such as books, supplies, room and board, etc

One of the 24-year-old's mentors created a GoFundMe fundraiser to cover those expenses which has already exceeded its goal of $75,000.

If you know someone or a topic that should be featured in our ‘For the Culture’ segment, email Michael Quander at mquander@wusa9.com or send him a direct message on Twitter or Instagram.