5-year-old Easton wanted to dress as his school security officer Jeffery Cross because he says “he keeps me safe.” 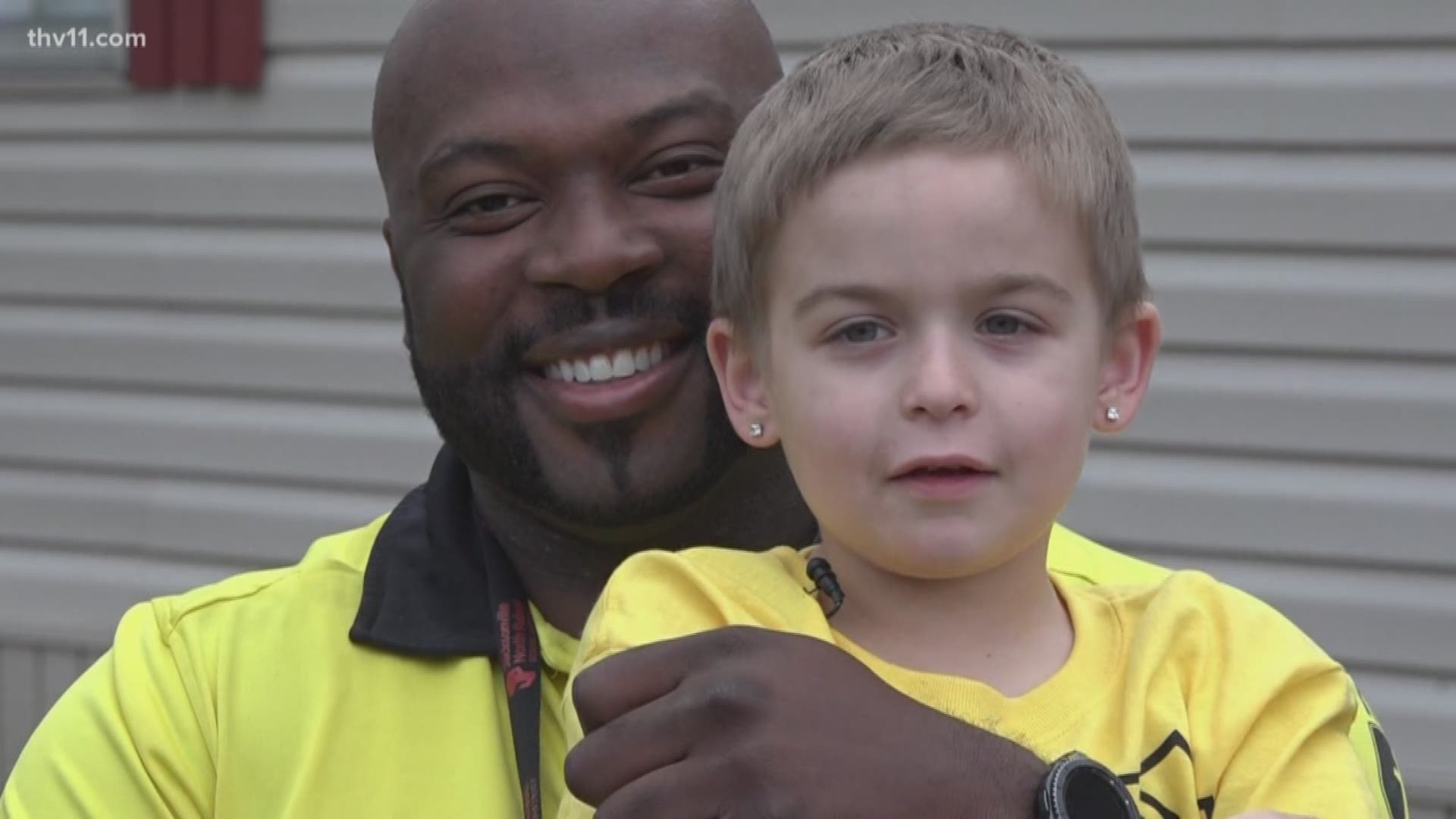 JACKSONVILLE, Ark. — A 5-year-old Jacksonville boy is warming hearts after he decided to dress up as his school security officer for Dress As Your Favorite Person Day.

"From day one, he has always had a fascination with Officer Cross," Easton's mom Lauryn said.

Lauryn helped them look just alike for school Wednesday. She made Easton his very own security shirt (junior security, that is.)

"That shirt is probably going to stick with him forever. It means a lot to him," Lauryn said.

Seeing Easton all dressed up means a lot to Officer Cross, too.

"It makes me appreciate my job more," Officer Cross said.

This is the first year of having armed security officers in the Jacksonville North Pulaski School District. It is the first district in Arkansas to have one in every school.

"They had questions about why I was armed and I was just telling them, 'I'm armed to protect them from someone bad who would come and hurt them,'" Officer Cross said.

That has since stuck with Easton.

"He tells me every day; Officer Cross keeps us safe from the bad guys, mommy," Lauryn said. "It's reassuring."

Lauryn said it did not surprise her Easton wanted to go as Officer Cross.

"The love that that child has for him is overwhelming," she said. “Every morning he is out there greeting the kids. High fives and hugs. That’s what you can expect from Officer Cross.”

Officer Cross said he was honored Easton picked him for Favorite Person Day.

“Just for the fact that he shows his appreciation and he hugs me every day when he sees me every morning. It really makes my day," Cross said.

They are best buds for sure! 💛

RELATED: Beebe student with special needs gets surprised with very own letterman jacket