Family and friends came together to celebrate Art Raderer who celebrated his special day on Saturday. 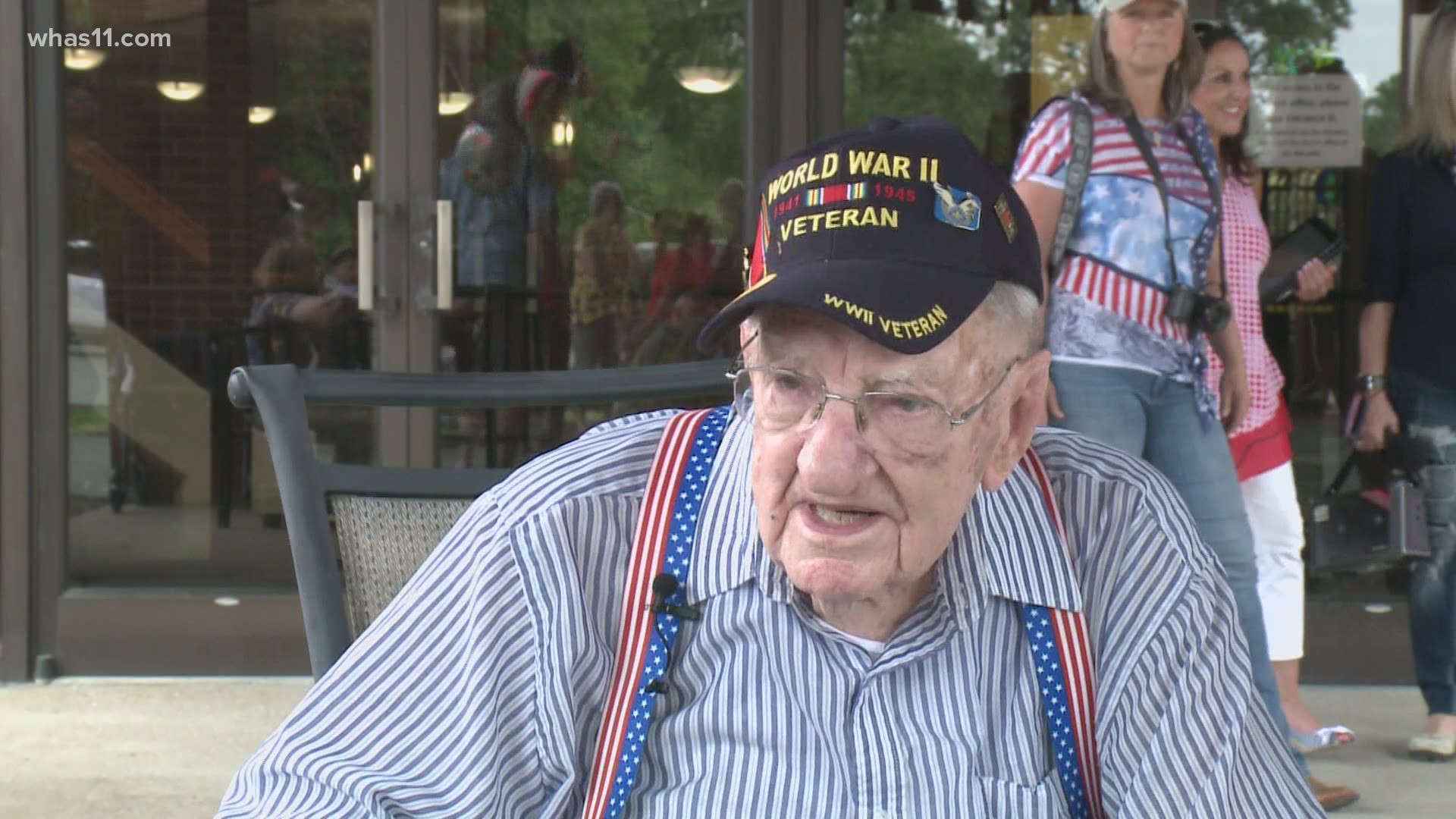 LOUISVILLE, Ky. — Showered with love and the angelic sounds of a sweet serenade is a perfect way to ring in a special birthday.

Family and friends came together to celebrate Art Raderer who celebrated his 103rd birthday on Saturday.

Raderer, who also survived the influenza pandemic of 1918 and 1919 said he happy to be able to see his friends on this day.

"It's well – it overwhelms me really, I don't know why people do that but it's always good to see all of your friends," he said.

Raderer was born in Louisville in 1918 and his mother was left to raise him and his two brothers after his father died from tuberculosis in 1925. He was also a Manual High School graduate and was drafted into the Army in 1944.

Raderer was deployed to the Phillipines to join fellow troops for the planned invasion of Japan. However, the troop ship he was aboard broke down and had to towed by a tugboat a portion of the way to Pearl Harbor for repairs.

The 1629th Engineer Construction Battalion eventually made it to the Philippines where they helped with construction activities in Quezon City. Raderer and his two brothers were all in the Philippines at the same time even though they were in different unites.

The war ended before they were called to combat in Japan. He would go on to serve as part of the US occupation of Japan post war and was stationed near Yokohama.

When Raderer came back to the States, he served in the Kentucky Army National Guard for 19 years and retired as major.

In addition to the outpouring of love for Raderer, strangers also stopped by the celebration to thank him for his service.