Officers with the Marshall Police Department, first responders and nearby neighbors rescued a dog on Raccoon Springs Pond. 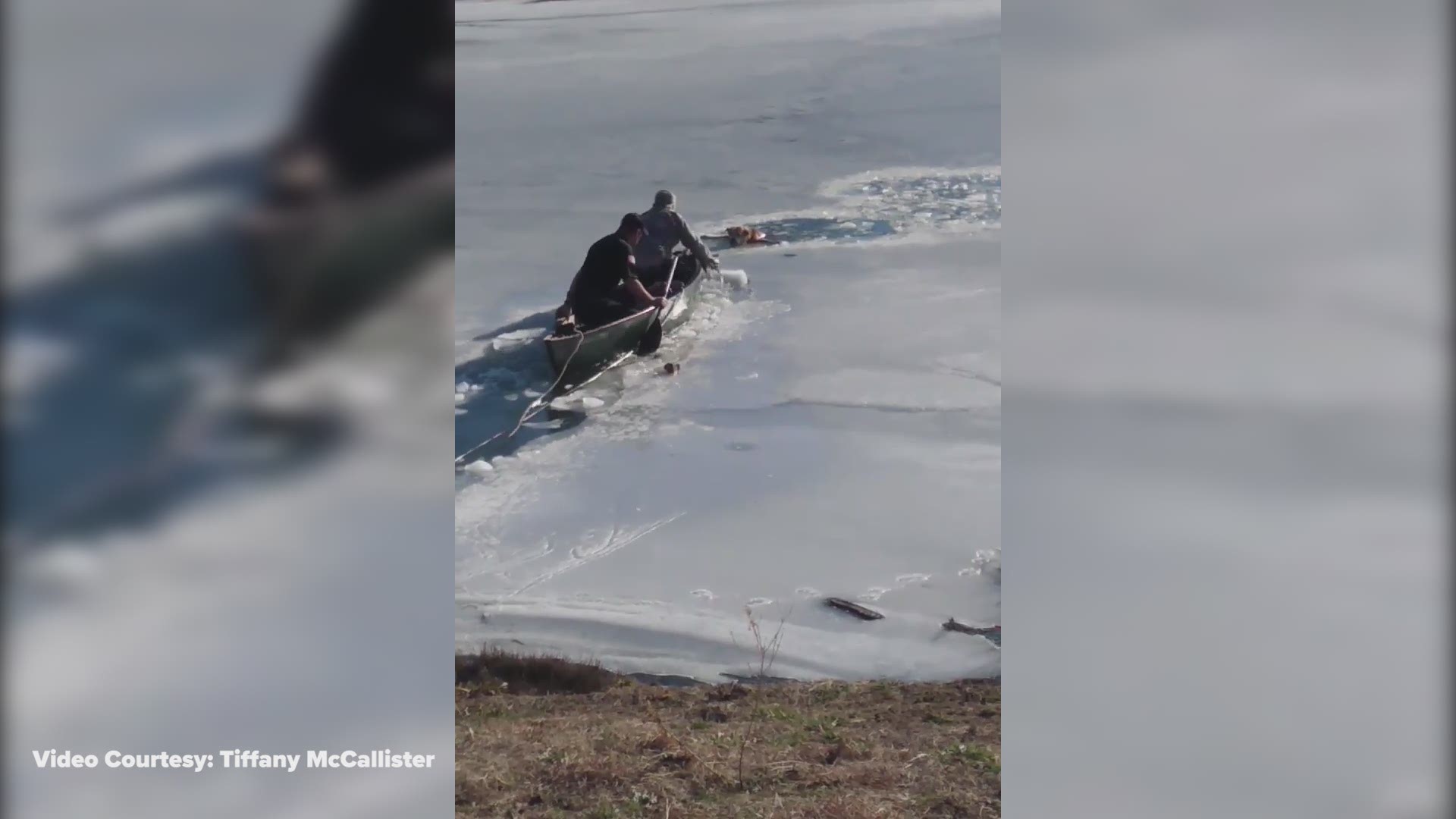 Tiffany McCallister shared a video on Facebook, showing Marshall Police Officer Kevin Ward and others saving a dog that fell into the frozen pond.

McCallister saw the dog and called the sheriff and police departments for help.

Chris Redding, a man who lived a small ways away from the park, got his canoe and placed in on the lake in an attempt to save the dog with police.

The video ends with the officer pulling the dog to safety in the canoe.

McCallister said the dog was stuck in the pond for nearly 45 minutes by the time we was saved.