First Sgt. Michael C. Miller's kids had no clue as they were throwing the first pitch during the Bats game on Sunday their dad would be the surprise catcher. 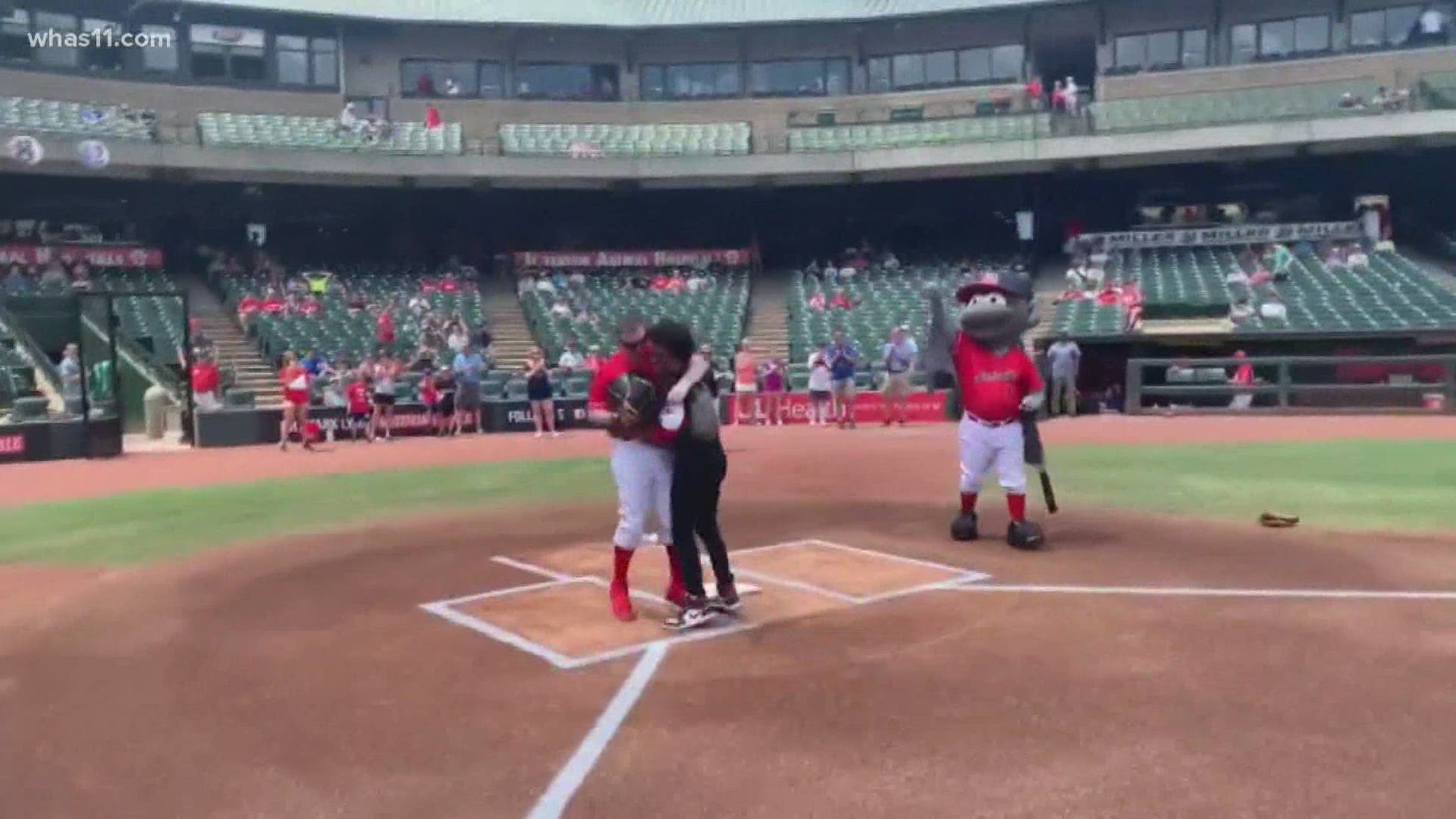 LOUISVILLE, Ky. — A Fort Knox family received a special surprise during the Louisville Bats vs. Indy game on Sunday.

The children of 1st Sgt. Michael C. Miller were throwing out the first pitch at the game but didn’t know their dad, who recently returned home from deployment, was going to be the catcher.

When the Bats announcer revealed Miller was the special catcher, his family was overjoyed and overcome with emotion.

Miller has been serving overseas since 2017.

Governor Andy Beshear’s son Will also threw out one of the first pitches. The governor took a photo with Miller and his family after the moment.

The Governor is in the house!

Governor Beshear’s son, Will, had the honor of throwing out the first pitch at Louisville Slugger Field! @GovAndyBeshear pic.twitter.com/cOSMTcmu0D

The Louisville Bats beat Indy 2-1 to take the series.