From addicted and homeless, to making a happy home: How a nun's push in the right direction helped this DC woman

Nearly 25 years ago, Sister Carol Keehan took a look at Patricia Murray and says she needed a push in the right direction. 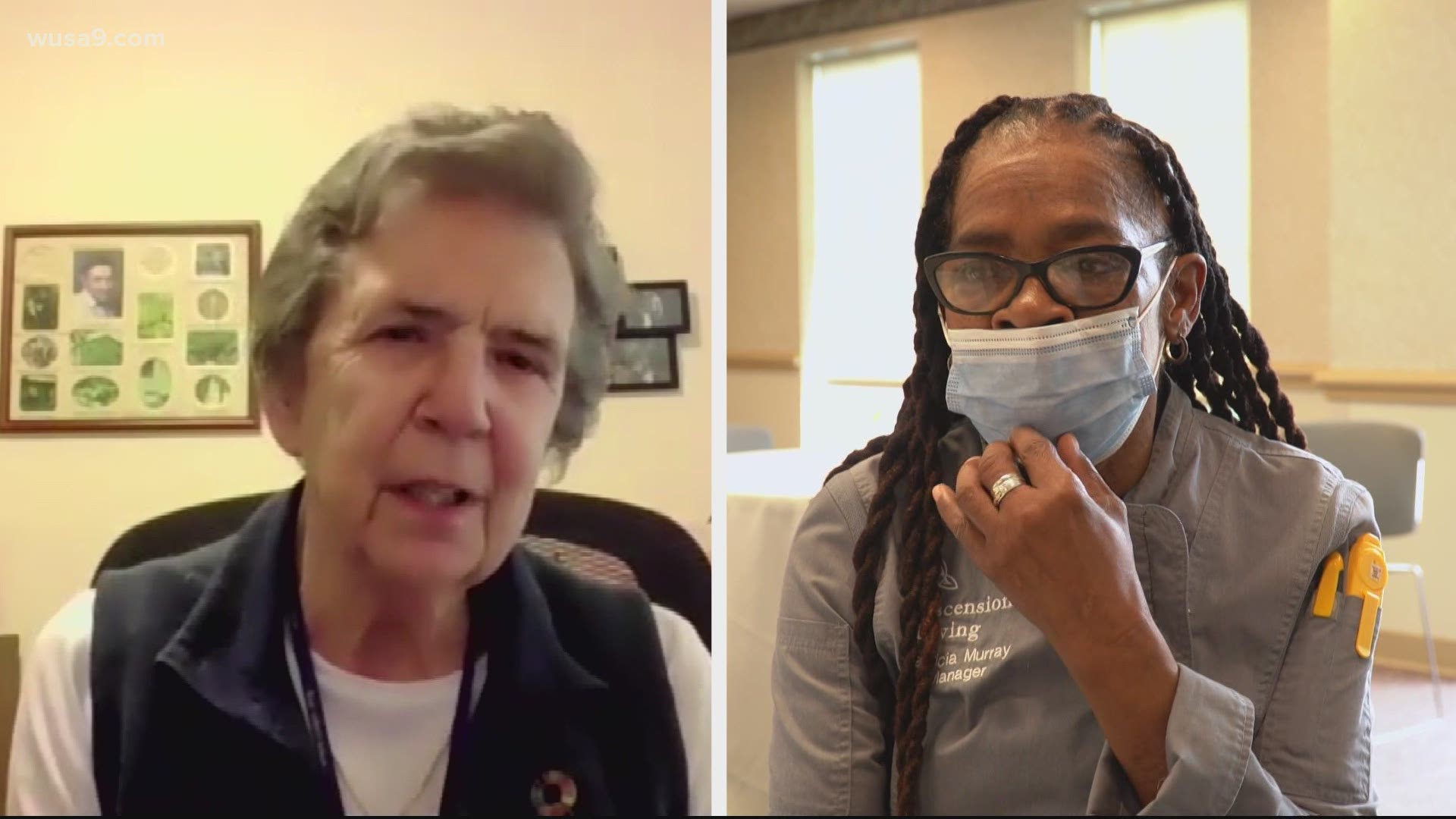 WASHINGTON — You've heard the saying "God works in mysterious ways." Nuns on the other hand, well...they're direct and to the point.

Nearly 25 years ago, Sister Carol Keehan took one look at Patricia Murray and said she needed a push in the right direction. Sister Carol gave Murray just that push she needed.

Murray is a survivor of addiction and homelessness – going from the life of addiction and living in a shelter to turning her life around by starting a part-time job by helping seniors at Carroll Manor in Northeast D.C. nearly 25 years ago with the help of two nuns.

Over the years, Murray has worked her way up to becoming a part of the facility's full-time staff and even went on to lead Carroll Manor's nutrition programming. Murray told WUSA9 that her job of helping the facility's 250 residents helped her get her life back on track – crediting both Sister Carol and the kindness of strangers who say helped her find "the perfect job at just the right time."

"I thank God for [Sister Carol], I really do. Because if I would've come in now and it wasn't Sister Carol, they wouldn't have let me work," Murray said. "I thank God for her and her caring heart for people. She gave me a chance and I ran with it."

As the community's dietary manager and over the course of her time at Carroll Manor, Murray has fallen in love with all the residents. And 25 years later, she's still there at work.

On Wednesday, Murray got a sweet surprise via video honoring her 25 years of hard work from no other than you know who: Sister Carol.

"First thing I want to say is 'Congratulations, Patricia.' I knew you could do it and you've done it tremendously," Sister Carol said via video."You've got many friends and neighbors – and particularly at Carrol Manor who are very proud of what you've accomplished and very grateful."

Nate Hamme, president of the D.C.-based Ceca Foundation (pronounced SEE’ka), organized the surprise video event to give an extra honor to Murray.

"Ascension Living Carroll Manor celebrated 20 of its employees who had each been with the community for at least 25 years. For one employee, Dietary Manager Patricia Murray, it was a chance to reminisce about where her journey started," Hamme said.

Based in the District, the Ceca Foundation helps healthcare facilities of all sizes honor paid caregivers, such as Murray, for exceptional acts of care and kindness. Ceca has helped organizations recognize nearly 30,000 acts of care and honored nearly 1,000 caregivers with monetary Ceca Awards.

RELATED: 'We need to take a step back' | A year of COVID-19 for healthcare workers in Maryland's epicenter