Hansel starts work on Sunday, and he couldn’t be happier! 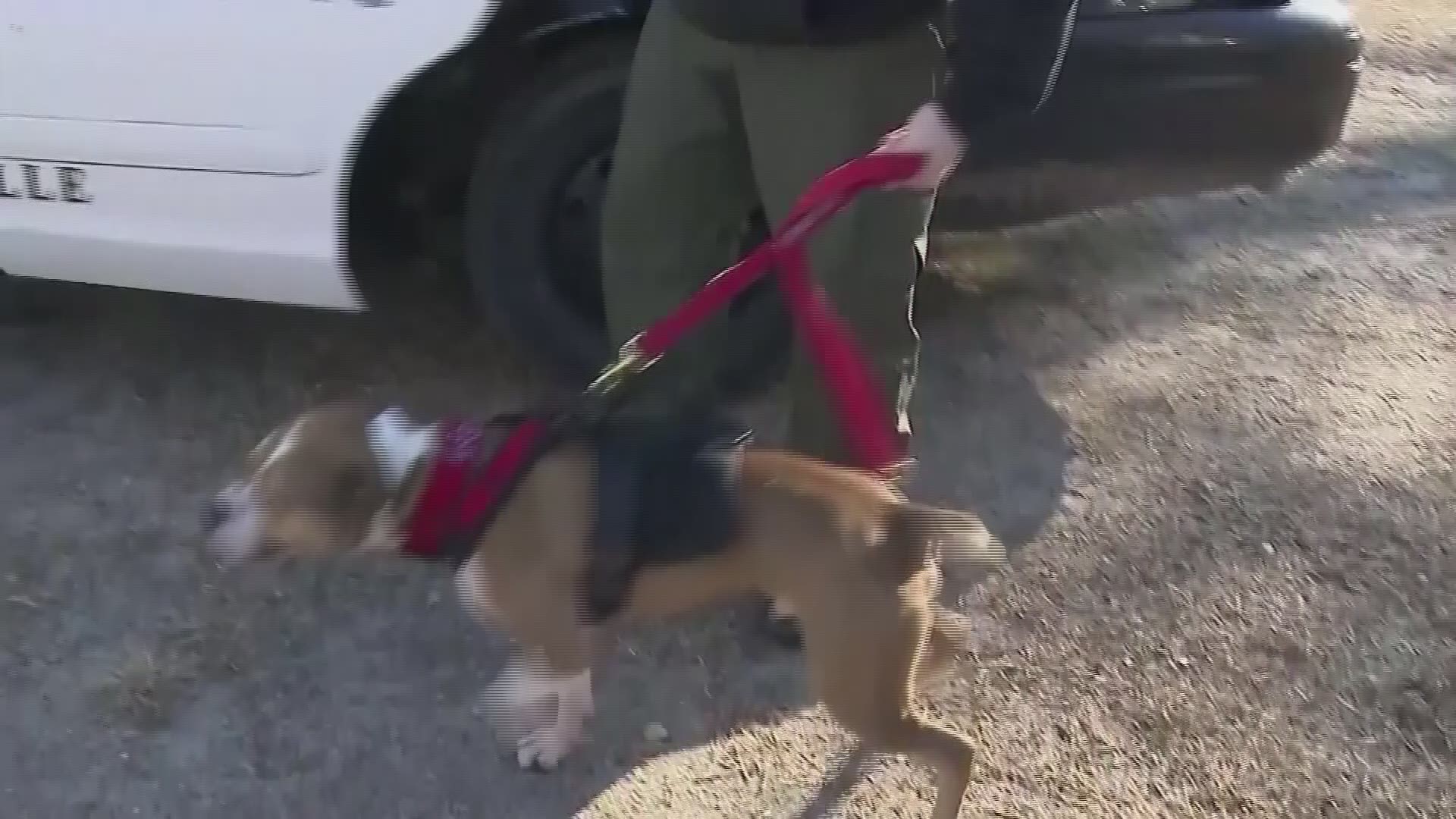 MILLVILLE, N.J. — It’s a gruesome practice that pushes innocent dogs through a life of abuse and neglect.

Countless dogs have died because of dogfighting, but Hansel is one of the lucky ones.

News 12 New Jersey reports the adorable pit bull was rescued from a Canadian dogfighting ring when he was just seven weeks old. He was cared for by the Throw Away Dogs Project, which turns rescued dogs into working dogs.

And that’s exactly what Hansel has become. His rescuers said couldn’t be happier.

After 15 weeks of intense training, Hansel is about to join the Millville, N.J., Fire Department as a K-9 arson detective.

“When I put on his harness and I tell him, ‘Do you want to go to work?’ he literally does laps in his crate,” Millville firefighter Tyler Van Leer told News 12.

"I'll determine where the point of origin is and then I'll dig out that area and then Hansel will come in and sniff out the area that I've dug out and if he sits then I'll take evidence,” Van Leer said. “If he doesn't sit then it most likely was not an intentionally set fire.”

According to CBS Philadelphia, he’s the first of his breed to earn such a prestigious position.

"Hansel has been through hell and back and this absolutely is needed to find his niche," Throw Away Dogs founder Carol Skaziak said.

RELATED: Deputy rescues dog after car hits it and leaves