'They're their saviors': Family, puppies found in dumpster reunited 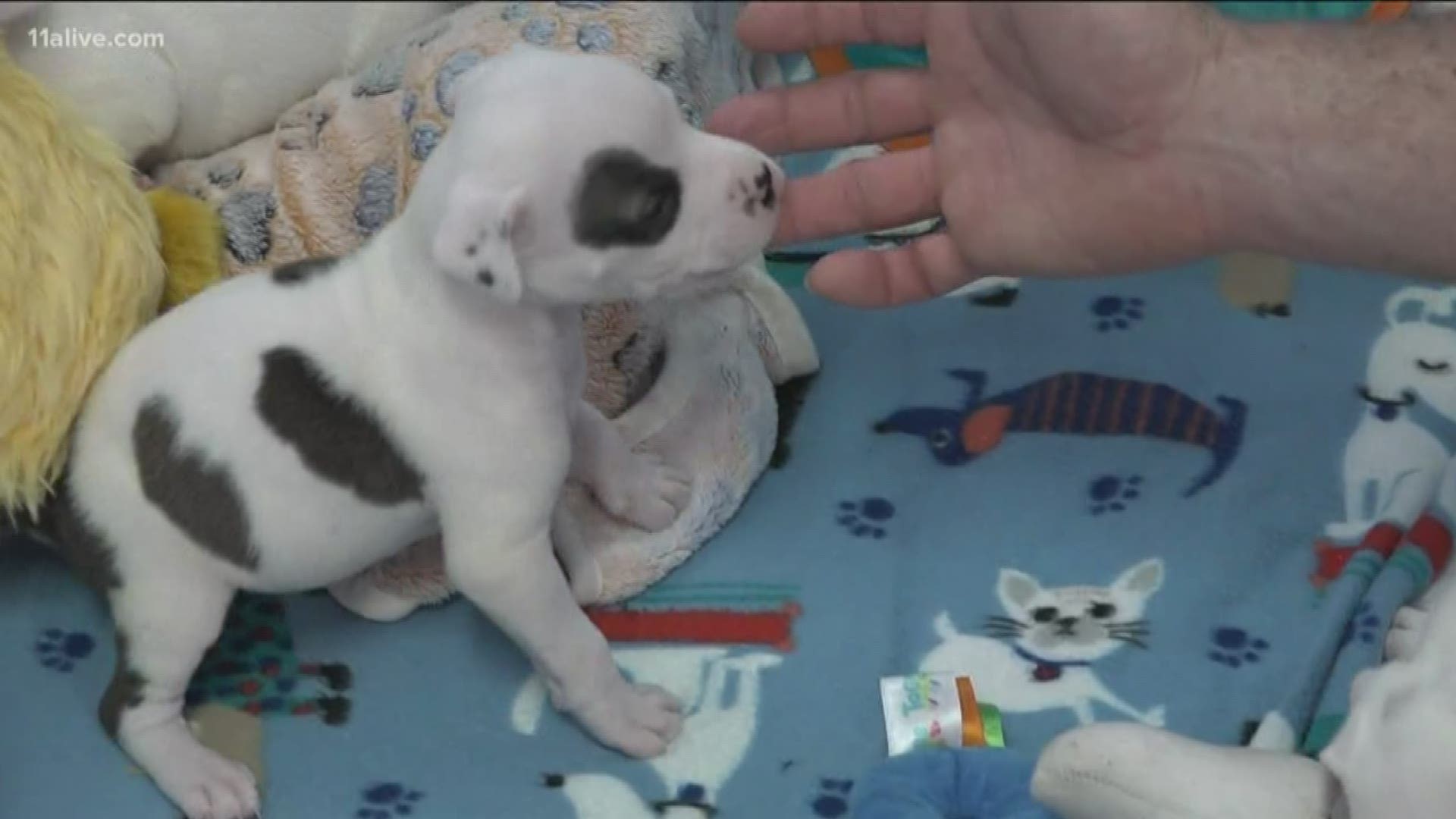 SMYRNA, Ga. — It was a heartfelt reunion for one family and the seven lives they rescued from a dumpster.

Less than a month ago, Tara and Craig Sloan were on their way home from church when they found the seven pups fighting for their lives inside a small cardboard box.

11Alive was the only station to capture the first moment that Craig Sloan laid eyes on the puppies he rescued just a few short weeks earlier.

"I was really kind of nervous about seeing them because it's a big moment," Sloan said.

Jennifer Siegel, the founder of Bosley's Place on South Cobb Drive, was very excited to reunite the recovering dogs with their rescuer.

RELATED: 'These are living creatures': Couple was heartbroken to find seven puppies discarded in dumpster

"I really wanted to reunite them because these little guys would not be alive had they not just been in a certain place at a certain time," Siegel said.

It's that timing that worried Sloan the most, as he initially feared the worst.

"I didn't think they would make it," Sloan said. "I mean, I believed in faith they would, but it was so hot and being in a box, there's a part of me that thought they wouldn't."

The couple alerted the authorities who then placed them with Bosley's Place.

"We found Bosley's Place almost by accident," Sloan said. "It's the right place for them to take care of them and it's incredible."

The puppies, which are named after Sloan and other characters from the 80s cult classic "Ferris Bueller's Day Off," are currently staying with foster parents in the area. The puppies have not yet been cleared for permanent adoption.

"Having the opportunity to reunite somebody with puppies that they pulled out of a dumpster;" Siegel said, "it kind of makes your heart explode."

Johns Creek officers round up horses walking through subdivision