Ledbetter himself is not even old enough to vote, but says he wanted to push for others to get involved in local politics. 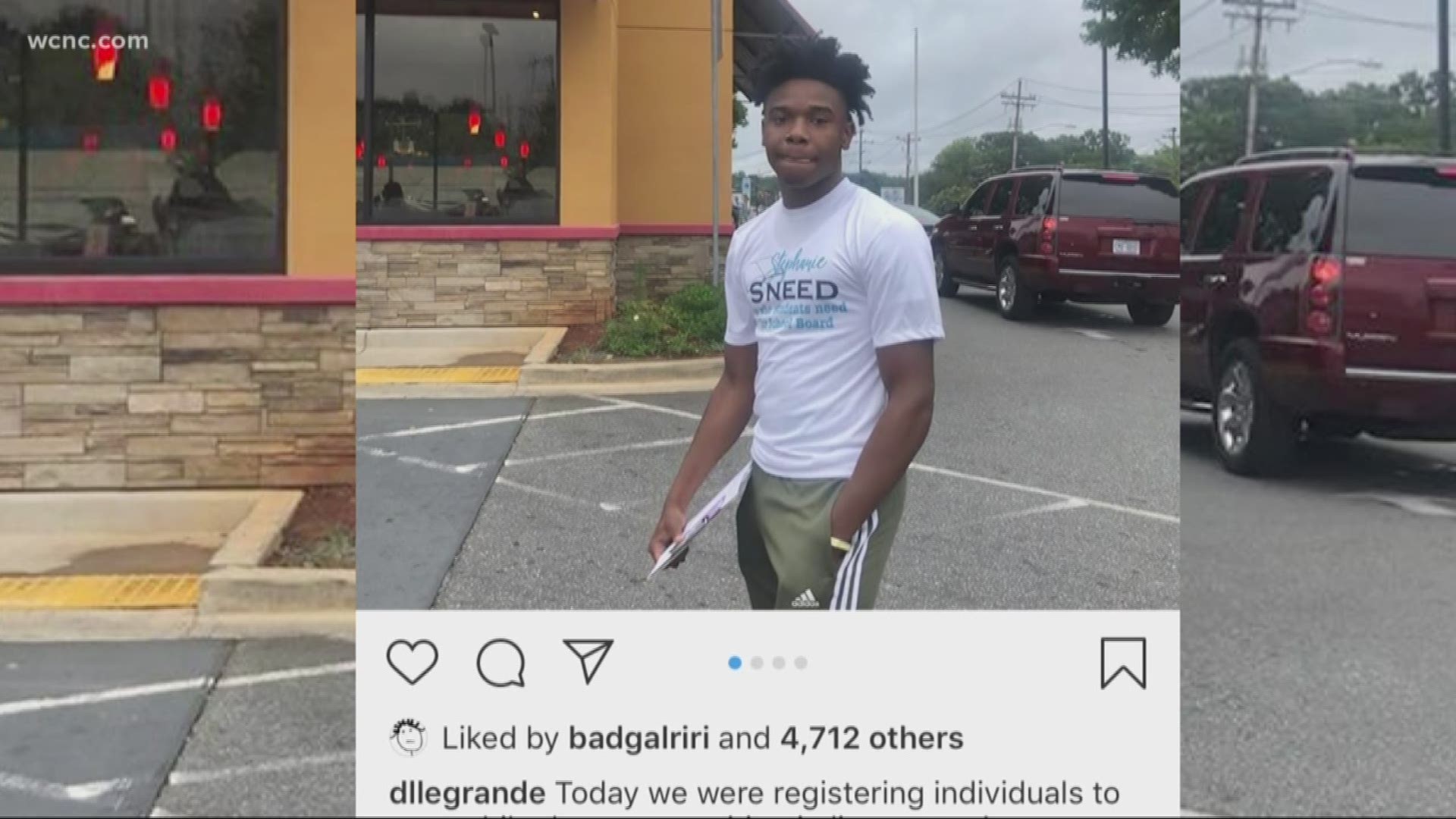 CHARLOTTE, N.C. — Instead of the complaining about the long lines at Popeyes as everyone waited to try their chicken sandwich, 17-year-old David Ledbetter took the opportunity to make some real change in his community.

Ledbetter was seen this weekend standing outside a Charlotte Popeyes registering people to vote.

The Myers Park senior is not even old enough to vote himself but said he wanted to push for others to get involved in local politics.

"I decided to register people to vote after I saw there was a lack of young people politically involved," Ledbetter said.

“I believe that it is our duty to vote as American citizens and it would be wrong not to exercise our political voice," Ledbetter said.

"A lot of young people wanted to try the sandwich and we knew we had to come to the young people and that was the only way they would be more motivated to be engaged," Ledbetter said.

He took advantage of the large crowds by handing out sample ballots and voter registration forms urging people to show up to the polls as well.

Popeye's has gotten a lot of media attention lately after fast-food chains Popeyes and Chick-fil-A were pitted against each other in a social media food fight over their chicken sandwiches.

"A lot of individuals were already registered and that was nice to know, bang that they were involved," Ledbetter said.

On Saturday alone, he was still able to register 16 people.

His efforts are now being recognized across the nation after posting photos to his Instagram.

"It's nice to know I made a lot of impressions on as many individuals as I have," Ledbetter said.

Now he's only hoping the newfound publicity pushes more people to be informed, involved and registered.

"Wrapped around a fast food building, what about being wrapped around your country and knowing who's running it," one Popeyes customer said.

Ledbetter plans to register next year when he finally turns 18 but the teenager is already a leader in our community. He's involved in an organization called Imagine This -- the goal is to help students get to college.

The large crowds around Popeyes began as many rushed to try out Popeyes new chicken sandwich for $3.99.

For those of you wondering which chicken sandwich he thought was best, Popeyes or Chick-fil-A, he chose Popeyes.