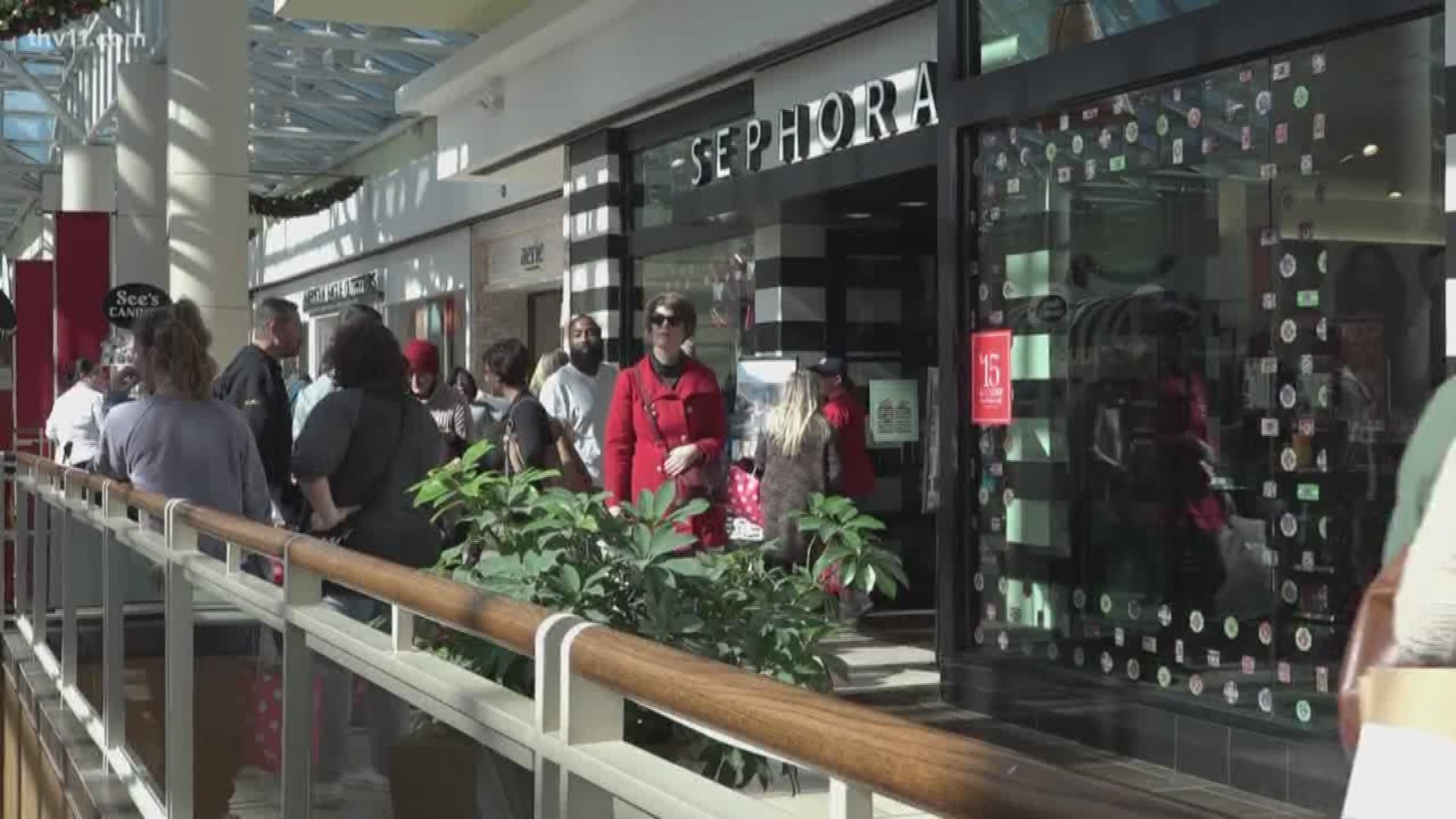 If you were out and about Friday, you may have found the Black Friday crowds underwhelming.
While Black Friday may not bring in the crowds of Thanksgivings old, it still reigns king.

For bargain shoppers and retailers it's the most wonderful time of the year. About 69 percent of Americans, an estimated 164 million people, are planning to shop Thanksgiving through Cyber Monday.

Despite doubt for the future of brick-and-mortar stores, Alicia Easley, with Park Plaza Mall said the crowds are still there.

According to the National Retail Federation, 54 percent of Black Friday shoppers plan to spend the same amount of money as last year. Twenty-four percent plan to spend more. Most of them, young adults. And 46 percent of Americans in the 18-24 age range said they will spend more this year — making them the group to market to.

"It's a tradition,” she said. “Maybe even if the shopper typically is an online shopper, Black Friday is a tradition for a lot of families."

Though Small Business Saturday has been around a couple of years now, many small businesses still rely on Black Friday just for the crowds and number of people they can get through the door.

"The fourth quarter, Black Friday is the start of the biggest time of year, for sure,” said Allison Metzler. She owns Beehive, a boutique in West Little Rock.

To compete with the chain stores, they held a sale of their own Friday, marking some items down to as little as $10.

The National Retail Federation expects sales to at least match last year's rise of 3.6 percent, and estimates online spending and other non-store sales will rise 11 to 15 percent.