City leaders in Maumelle didn't let the pandemic stop them from safely bringing their community together for the Fourth of July. 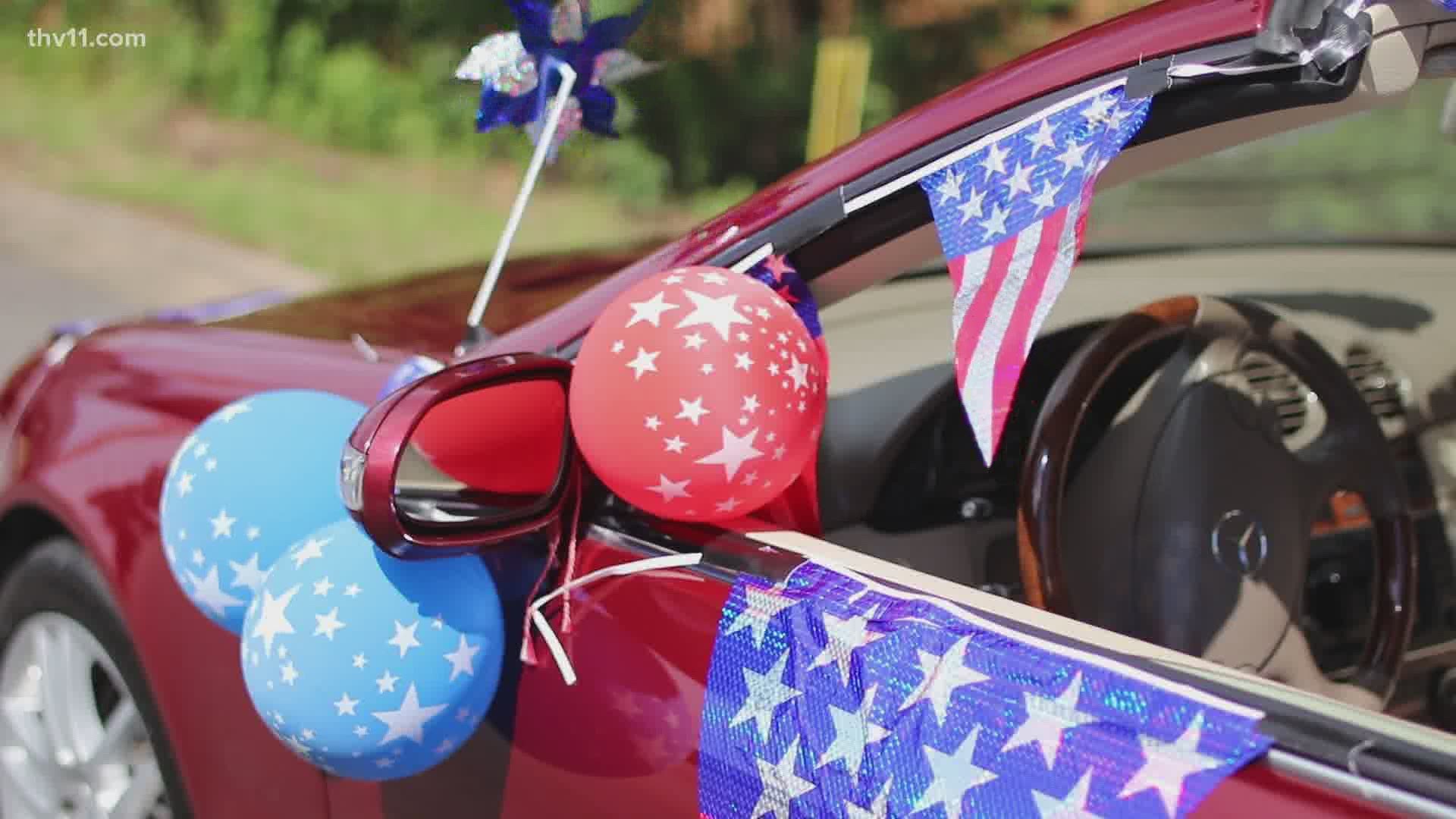 MAUMELLE, Ark. — While this year was a little different for the city of Maumelle -- no booths, vendors, live music, cardboard boat races, or park games -- the celebration continued throughout the day.

The sound of sirens and waving of flags filled the streets of Maumelle on this "not so typical" Fourth of July holiday.

"We're still living it up, despite COVID," Jamie Pollard said.

In the midst of a pandemic, Phillip Raborn, the Maumelle Parks and Recreation Director, said city leaders had to get creative on how they could celebrate our nation's birthday with the six feet apart rule in mind.

"By doing the convoy, yes it is longer, but being able to maybe get more people to come out in different areas and not all in one spot," he said.

This meant ditching the old ways of a classic parade and modifying it to keep the community's safety at the forefront, according to Raborn.

"Some of the people in the parade, they might see parts of Maumelle they've never seen before," he said.

For about two hours, leaders in the community, business owners, and citizens lined up in their cars and brought the parade to people's front lawns.

The patriotic convoy route was 15 miles long and went into all the different neighborhoods that make up Maumelle.

Jamie Pollard said the city leaders in Maumelle should be praised.

"It's our country, it's our country's birthday, and there's no better place to live in than in America, and for them to continue to uphold that, even in the midst of this all. I think they should be applauded for scheduling something for the public," she said.

Pollard and and her friend, Anne Lasowski, traveled from Conway to be in the parade on Saturday.

"I looked around for things to do and there's very little to do because of COVID and what is safer to do than to ride a car, but still display your American colors and take pride in our nations birthday," she said.

Both Pollard and Lasowski would've been spending their Fourth of July working, so they said it was refreshing this year to be able to enjoy it with those they love.

RELATED: Where to watch July 4th fireworks on TV, online this year

Raborn said the "4th Fest" has been a city tradition for more than 30 years.

He hopes they can bring it back in its entirety next year.