Police met at the 12th Street substation Christmas morning to organize gifts before delivering them to children and families in need. 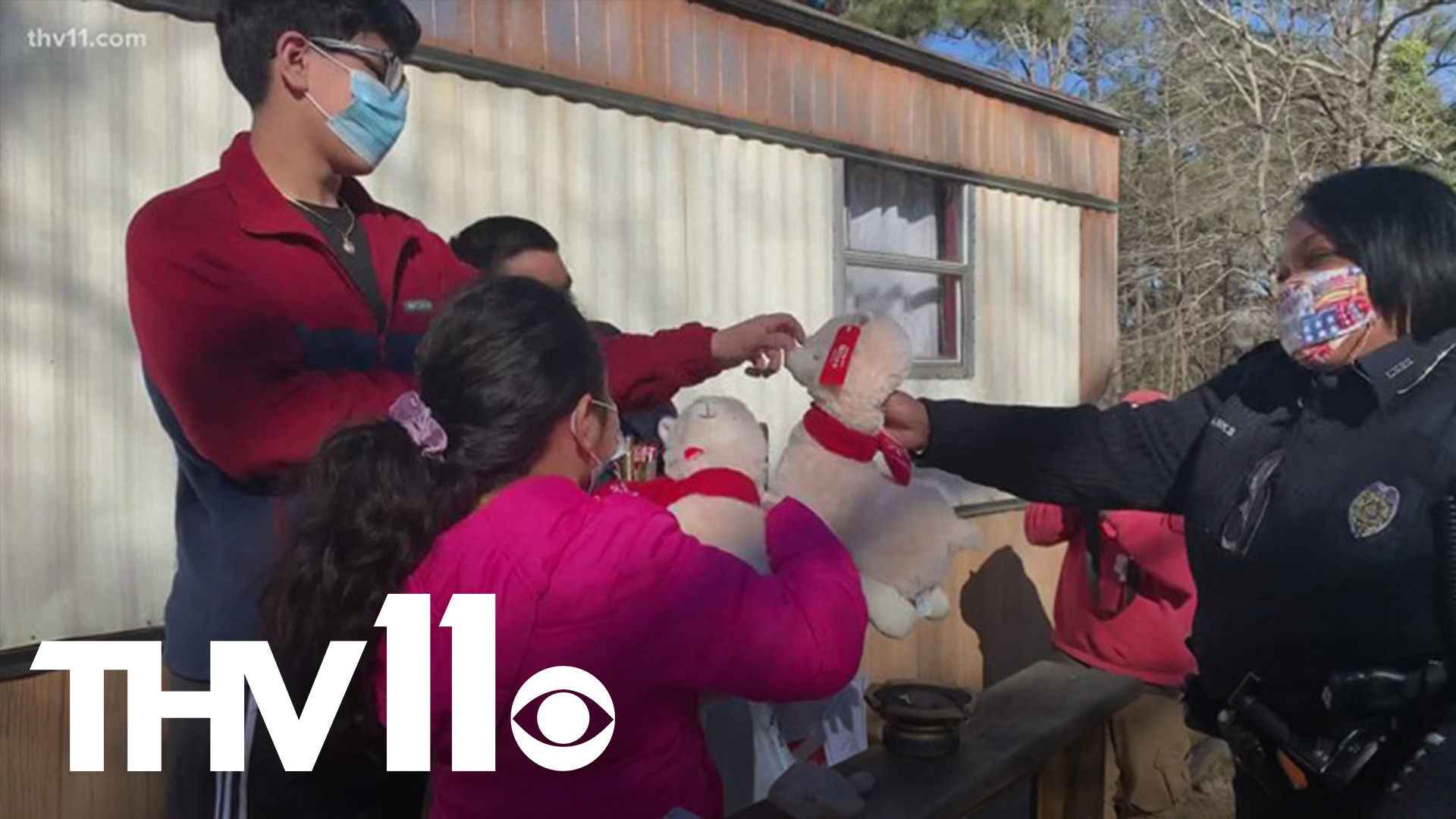 LITTLE ROCK, Ark — Little Rock police officers spent their Christmas morning passing out gifts and toys to children and families in need. It's phase two of their heroes and helpers initiative. They shopped for over 67 children.

After consulting with teachers and counselors, as well as victims of crimes that have occurred, officers met with children and their home prior to buying gifts for them. The children gave them a list of the type of gifts they'd like.

Lt. Zebbie Burnett has been doing this for 15 years and, originally, they would have the children come to Target where they could be hand-in-hand going through the aisles and shopping with them, but this year is different because of COVID-19.

"We had to change our game plan a little bit because the risk outweighed the benefit. It's important when we think about folks' economic status, or those out of a job, how it's harder this year. So we wanted to just help," said Burnett.

Officers met at the 12th Street substation Christmas morning to organize gifts before driving out to deliver them to families.

People were appreciative of the gifts and even one woman made homemade tamales for the officers after they delivered gifts for her kids.

"It makes me feel good. Makes me feel great knowing that we put the smiles on kids faces. They didn't expect to get anything this year. Now they are," said Burnett.

RELATED: Watershed safely gets toys to kids amid COVID-19 pandemic