Love is in the air, and in the mail, at the post office in Romance, Ark.

This little town in Arkansas has big heart and is known around the world. 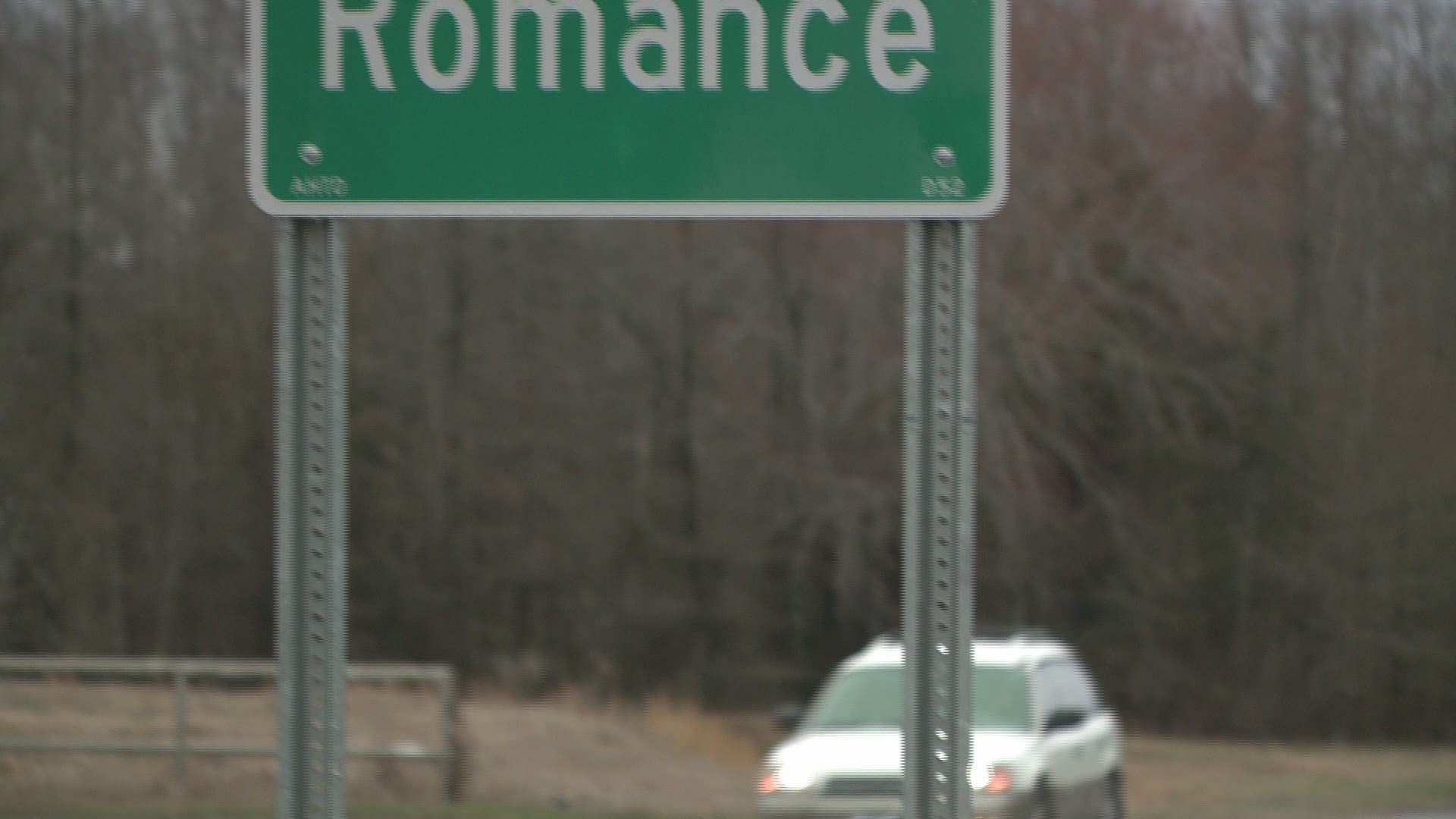 But this little town in Arkansas has big heart and is known around the world.

“I've never really thought about it like that. They hear about Romance because of the post office,” said Postmaster John Parham.

The Romance Post office, one of the only buildings in town, is the postal destination for lovers.

“It is busier here around Valentine’s Day than any other day,” said Parham.

Every year around Valentine’s Day, thousands of love letters and cards are sent to Romance to be canceled by the post office with a special stamp.

On the morning our cameras were there, postal worker Christopher Loyd had just stamped his 1,500th letter, and it was only 11 a.m.

“In all honesty when I first started here I had no clue. I figured there would hardly be anything because there are 300 residents. There can’t be that much mail, but then around Valentine’s Day it started happening,” said postal worker, Christopher Loyd.

In 2019, Loyd estimates more than 12,000 letters were sent through the Romance Post Office with requests to be hand stamped with love.

“Probably the farthest one today is from Bryant going to Wisconsin,” said Loyd.

It’s not just the United States, people from all over the world are going the distance for love.

“Last year, which was my first actual Valentine’s Day, I got one from Japan and I was like I didn’t even know people knew about this small town here in Arkansas,” said Loyd.

For the locals, it's a tradition.

“We are just sending off some cards to our sweethearts,” said Jake Pflasterer.

Jake Pflasterer said his grandfather stops by the post office every Valentine’s day and now it's his turn to take part.

“It’s just an extra little nice step you know. Just add a little something that's not real like corporate, you know, not something you can necessarily buy you’ve got to work for it,” said Pflasterer.

Another busy time of year for the Romance post office is wedding season.

If you would like your letter canceled by the Romance Post Office, stop by the post office or send it in a separate envelope to the address below:

RELATED: Valentine's Day: What are people searching on Google?