Groups are limited to eight people, everyone has to wear a mask, and temperatures are taken at the door. 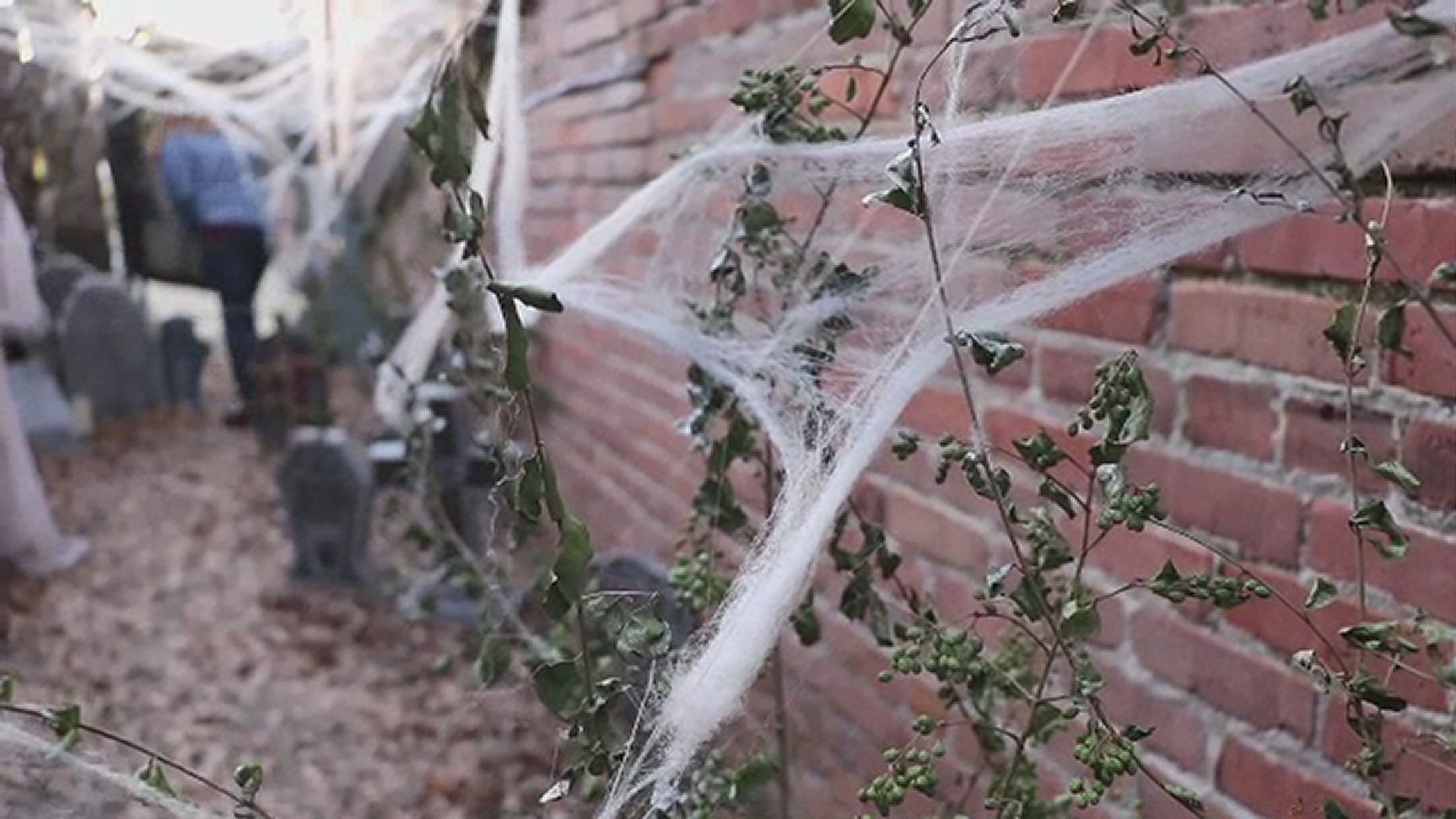 BENTON, Ark. — With just two weeks till Halloween haunted house season is in the air, but what does this look like in the middle of a pandemic?

Decorated with spider webs and skeletons, The Royal Players Theatre in Benton looks like your typical haunted house.

"We started working on it about three weeks ago," Daphne Shoppach, President of the Board, said.

Except in the year 2020, "typical" has a different meaning.

"We have limited our groups to eight. Then, everyone is wearing a mask, everyone is screened and everyone's temperature is checked," Shoppach said.

On top of that, according to Shoppach, cleaning takes place between every group that dares to walk inside.

"We tried to take all of the precautions that we could and follow the guidelines. No one wants anyone to be sick," she said.

According to Shoppach, the theatre's ghost "Charles" will take the groups through the "Nightmare on Market Street" while he tells you a story and gives you a scare.

The tour can last anywhere from eight to 12 minutes.

"It depends on how scared you are and how much you run," she said.

This isn't the Royal Player's usual October event though.

Shoppach said Benton's downtown business group approached the theatre and asked if they would be willing to put it on.

"They provided the funding, which allowed us to do what we do best, which is build a set, costumes, actors... just tell a story," she said.

The haunted tour, not only giving the city a sense of normalcy but the theatre a sense of hope, Shoppach said.

"Like all non-profits, we're all struggling right now, so it was a great time for the community to reach out to us to do this," she said.

From designers to performers, Shoppach said the team of over 40 volunteers just wants to give their community something to look forward to.

"We just want kids to come and have fun and be able to know that this is temporary," she said.

You can purchase your tickets here.