Many didn't like the idea of Lime scooters when they arrived on the streets back in January. Now, you see them everywhere. 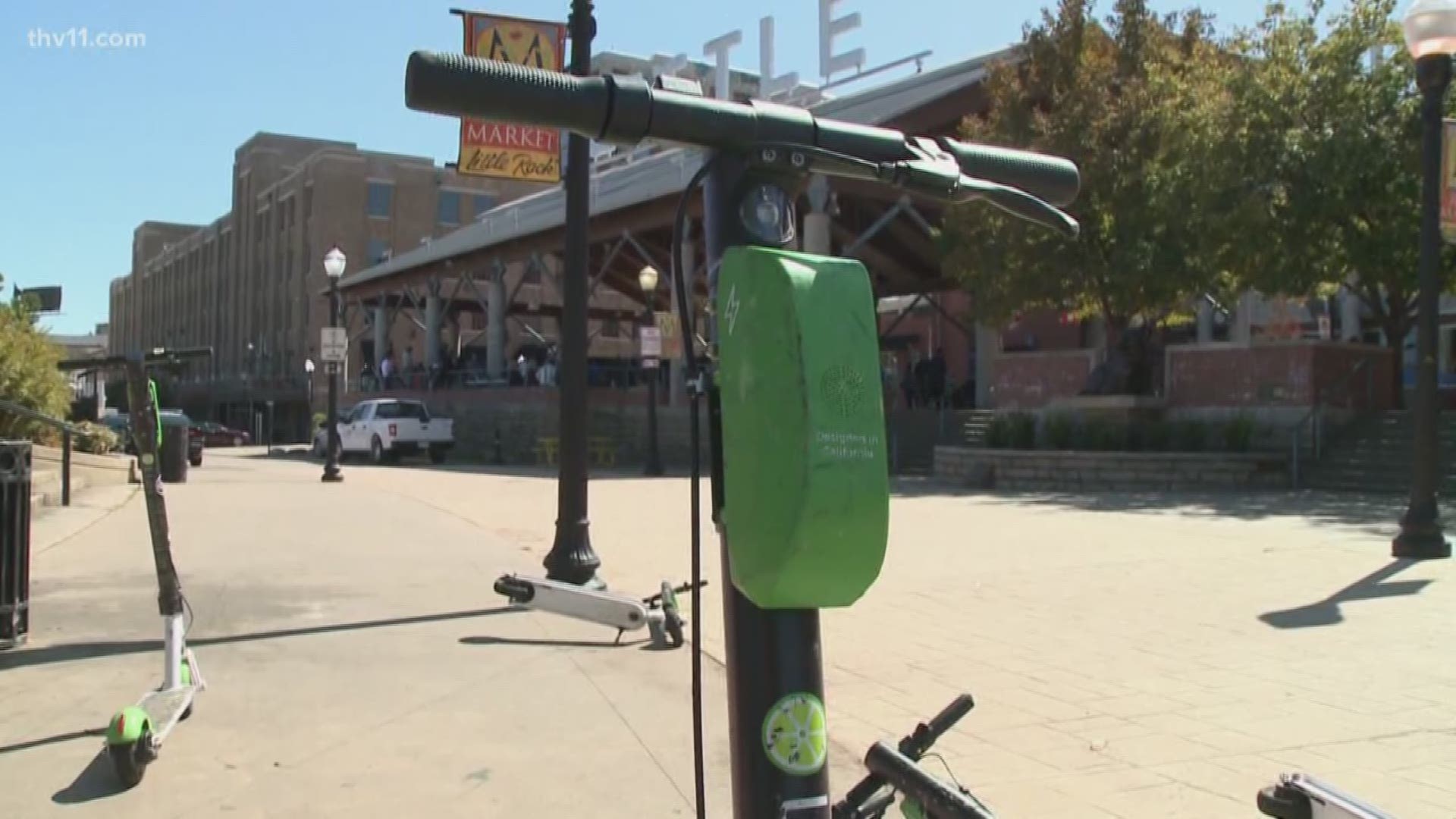 LITTLE ROCK, Ark. — Little Rock police and one local emergency room said the amount of Lime scooter accidents they have seen is far less than expected since they arrived on streets back in January.

It's hard to go anywhere in downtown Little Rock without walking past a Lime scooter.

"They're mostly sitting outside of bars or restaurants," Dr. Erin Willard said.

They were introduced to the city to help people get around, but Dr. Erin Willard at UAMS in Little Rock said it's a recipe for disaster.

"Sometimes people are intoxicated; some sources have said up to 50% of people might be under the influence of drugs or alcohol," Dr. Willard said.

Dr. Willard works inside the emergency room. Although she has treated multiple people for scooter injuries, she said there's not as many as her and other doctors were expecting.

"We’ve seen people who have fallen, they try to catch themselves. They have a lot of hand injuries, arms and legs, as you can imagine. But sometimes it has been more serious. It’s been head injuries," she said.

Dr. Willard said she believes the department has likely treated more people who have crashed on a scooter, but she said sometimes patients don't say exactly how they were injured because they may be embarrassed or intoxicated.

“It’s not always people who don’t know how to ride," she said.

Eric Barnes with Little Rock Police said officers have responded to some calls involving Lime scooter crashes, but it's not something the department keeps track of.

“It’s not considered a motor vehicle, so that's one reason we don’t have them listed as an accident report," Barnes said.

This means officers can only write up incident reports. Barnes was able to find at least four involving scooter crashes.

One report shows an officer responded to a crash on 3rd Street on September 22 around 6 p.m.; the rider refused medical treatment. Another shows a rider fell off and hit her head in July, and was transported to UAMS.

And because scooters are not listed as vehicles under city code, officers cannot issue DUI's.

"If it comes to that level, there's public intoxication to be considered," Barnes said.

Barnes said scooters also must always be ridden on the sidewalks because it is not a vehicle. He said officers have stopped people before to tell them street-riding is not allowed.

“We more or less try to encourage people to ride on the sidewalk and educate them how to use it," Barnes said.

So, what can you do if you are injured while riding a Lime scooter? Better yet, what happens if someone riding one crashes into you?

"But the challenge is that it's such a new area of transportation mode that most folks don't understand whether they have a case," he said.

Bartolomei said when you create a Lime account and sign the User Agreement, you basically give up your rights.

"That’s a problem for most users, most people don’t know that," he said.

In that agreement, Lime states "you agree that you are solely responsible and liable for any damages, injuries and attorney fees." It also says "you certify you are familiar with the operation of the product... and assume all responsibilities and risk for injuries."

"You're a pedestrian and somebody hits you using these scooters, they're not going to accept that claim. You have to go after the individual," Bartolomei said.

Bartolomei said the city still requires Lime to carry at least one million dollars per incident in insurance coverage. But, Bartolomei said you can really only make a claim if the scooter malfunctions.

"The brake fails, or the accelerator gets stuck," he said.

If you are riding a scooter and it breaks and you get hurt, you need to immediately stop, get out your phone, and report it on the app.

"Since the burden is on you to prove what happened, you have to actually get the thing out of service to make sure they don't make any repairs," Bartolomei said.

Bartolomei said most of his clients are still going through the legal process, so it may be a while before Little Rock sees its first case.

"If you were to file suit today, you're most likely not going to see a trial date for at least 18 months," he said. "With a new technology like this, they're just starting to catch up with the realities of what's happening on the ground. These are motorcycles and we're not treating them like that."

THV11 reached out to Lime for comment on this story. A spokesperson said Lime does not keep track of incidents in Little Rock. But, the company said:

"At Lime, the safety of our riders and the community is our number one priority. We’re working with local governments around the world to support infrastructure for shared scooters and bikes. We believe continued government investment in protected bike lanes and paths is critical."

Lime also recommends the following safety tips before getting on a scooter: 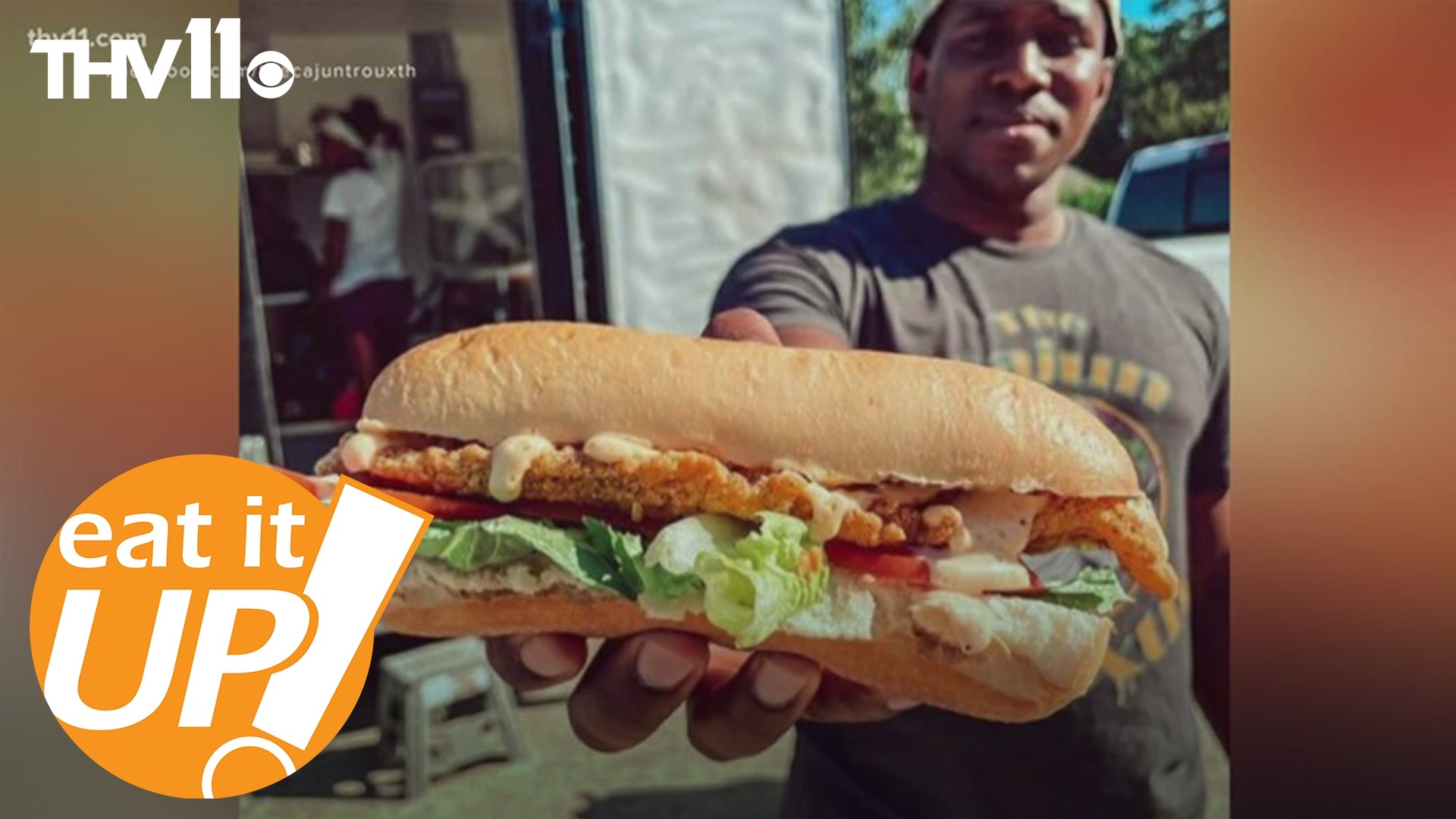