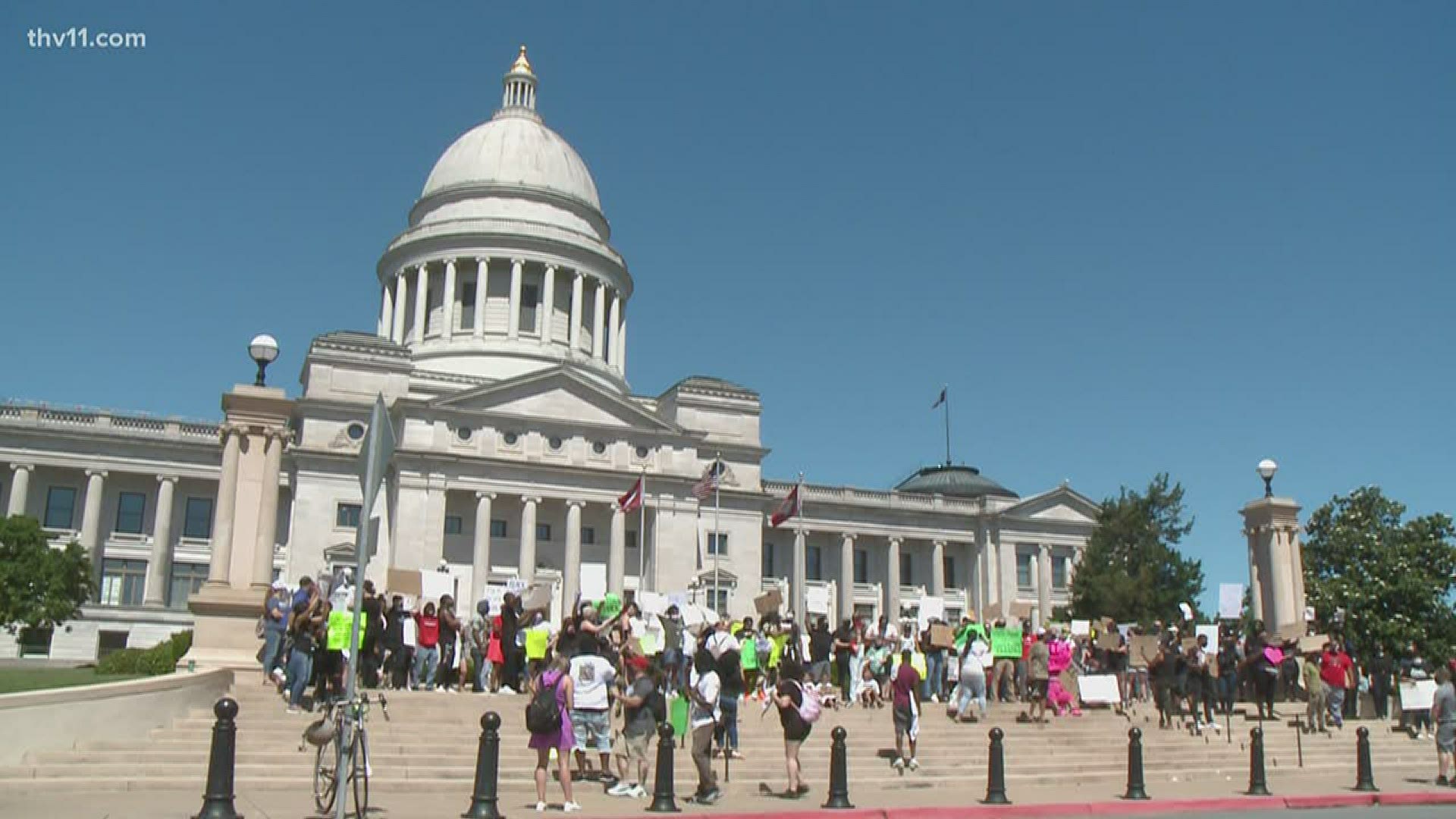 LITTLE ROCK, Ark. — We've seen protests breaking out all over the country, demanding justice for George Floyd, who died at the hands of four Minneapolis officers.

On Saturday, people in Little Rock joined that fight in a peaceful way.

Hundreds gathered on the steps of the Capitol, chanting the cry that's been heard around our country: "I can't breathe."

Organizer, 23-year-old Zaria McClinton, said they are doing it for the voiceless.

Protesters, like Johnny Savage, all stood together as one, demanding change for those voices like George Floyd's.

"We're going to show them if we have to do this every day. We are going to keep on doing it until it stops," he said.

Not quitting until these stories, that Julia Taylor said keeps repeating itself, come to an end.

"The one instance of George Floyd is horrible, horrible, and we absolutely have to fix it, but it's been going on a long time," she said.

A trend that McClinton said she doesn't want her daughter to have to re-live.

"I don't want her to grow up in a world that she has to fear somebody because of their skin color or she has to go outside and fear for her life. I don't want that," she said.

That four-letter word that Savage said he feels every single day.

"We go out the door and we don't know if it's our last time living, if we are going to see our family and it's hard out here," he said.

This same battle that, Taylor said, protesters are tired of fighting for.

"It's just sad that in 2020, we are still having to draw attention to this issue," she said.

An issue that has sparked violent protests around the world, but in Little Rock on Saturday, violence wasn't what they were after, according to McClinton.

Uniting as one for those they've lost, hoping for a better tomorrow and desiring a world where everyone, no matter the color of your skin, is seen and heard.